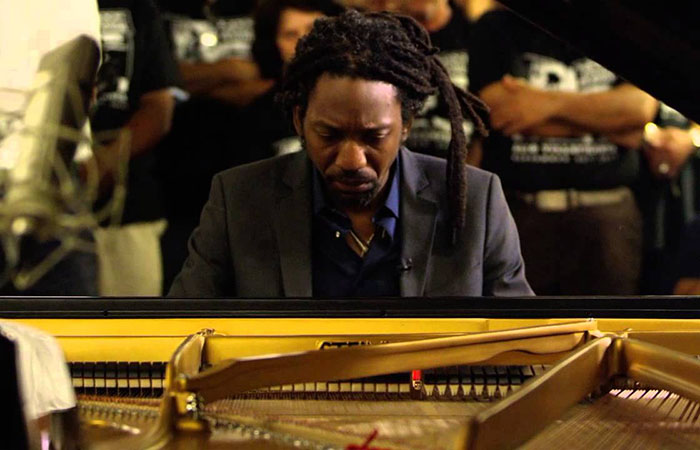 “Last night I was invited to a Voodoo ceremony. That was intense! I didn’t stay for the whole thing since watching an animal been sacrificed is not my thing. However, this experience was a very important one from a musical, cultural, and research perspective. The most beautiful part was the opening Rezos. They all seat in a circle formation. The leader in the middle introducing the Rezo and then the response by everyone else in white. There were around 40 people dressed in white, mostly women. Some Rezos were long, others were short. No drums were played in this part of the ceremony, which makes the entrance of the drums, more powerful. The drum ensemble was the largest I saw on this trip a group of 7 drums. As you can imagine, I was invited but this time I was not allowed to film that part, only the drummers…” The photographs tell their own story. While some may find them bleak, I believe that they tell of a vibrant lifestyle that even the devastating earthquake could not change.”

There is much more and it all ends with his return to New York, after four sleepless days on the island of Haiti. My guess is that he does not sleep for a few more days. And then he is back to work again. This is announced by another entry in his journal, one that shows him to be palpably excited. Here he announces the new project that ties all of his experiences including his memorable trip to Haiti, in a major new suite. 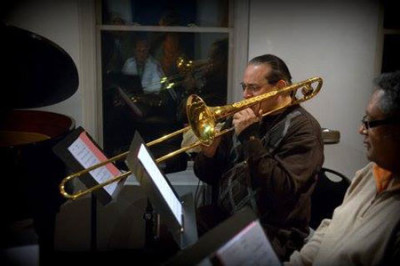 “Yesterday I had my first rehearsal for my upcoming performance. For those who haven’t heard about this yet, February 20-21, I will be premiering at the Appel room, Jazz at Lincoln Center, a new work call Cinqué – Suite of the Caribbean. This suite is about the presence of the Congolese traditions in five island in the Caribe: Cuba, Haiti, Santo Domingo, Puerto Rico, and Jamaica The story is inspired in turn, by the story of the illegal capture of Joseph Cinqué, an African from Sierra Leone, who led the rebellion aboard the ship Amistad in 1839 on his voyage to Cuba to be sold as a slave to sugar plantation owners. This Suite features legendary trumpeter Jon Faddis and raising star singer Leyla McCalla. The creative process for this suite was intense, with lots of reading, investigating, writing, experimenting, and traveling to areas I never visited before such as Haiti. Since I grew up in the Congolese tradition of Tambor Yuka in San Luis, Pinar del Río, Cuba, I wanted to explore the roots of this music in a much broader way. This journey led to the creation of a five-movement work of Congolese drumming, chanting, and costumed dancers tradition of five islands: Cuba, Puerto Rico, Santo Domingo, Haiti, and Jamaica, fused with jazz and classical music. The idea is to present the roots that unify these islands with similar cultures despite their diverse histories. This suite reflects the entire range of my upbringing as a musician in the Caribbean and in Cuba.” 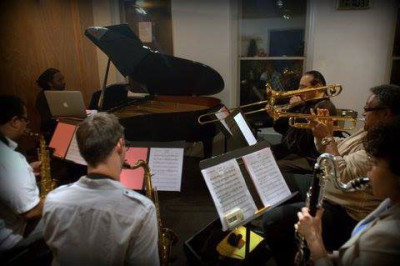 For this, Mr. Villafranca tells me, he has assembled a stellar cast of musicians. His band comprises: Jon Faddis on trumpet; Leyla McCalla on cello, banjo and vocals; Michael Rodriguez on trumpet; Vincent Herring on alto saxophone, flute and clarinet; Steve Turre on trombone; Greg Tardy on tenor saxophone and clarinet; Michele Wright on bass clarinet and clarinet; Gregg August on bass; Willie Jones III on drums; Arturo Stable and Jonathan Troncoso on percussion. He leads from the front on piano. And then he goes silent. I get the feeling that he is exhausted from the effects of a bad cold. But I am bursting with questions, the answers to which will have to wait for another time. I wish him all the best for his rehearsals and the performances later in February. And I promise to be back quite soon after, peppering him with questions… questions to which I know he will have the answers that will reveal more of him in vivid word-pictures, just as his music does, but in moving sonic landscapes… I can hardly wait. Till then I am left with his music—past and present…