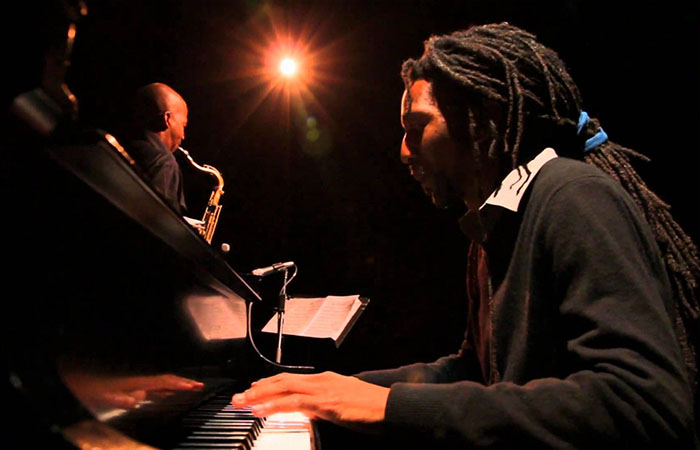 I wanted to get a really authentic sound, he tells me. I knew that if I picked just Cuban musicians, the music would sound intensely Afro-Cuban. I wanted it, he insists, to sound both Afro-Cuban and Jazz. I had this in mind right from the very conception of the music. So I picked both Cuban and Afro-Latin musicians as well as American musicians. I wanted the music to shuffle and jive with Afro-Cuban rhythms as well as swing with the resonance of Jazz. He was not he tells me, looking for a fusion, but rather a collision of the two musical cultures. The results are revealing and a radical departure from his approach to composition and performance when he first set out in New York. When I first started writing music for my earlier albums, I used to write music that required the ability to read proficiently. The music also demanded many rehearsals. He would write, he says, in a studied, syncopated style. The writing required musicians—especially drummers—to study the nuanced writing featuring Jazz polyrhythms heavily inflected with Afro-Caribbean sounds. It would not sit well, he thought, with musicians who were used to playing free and unfettered by complex writing. So he went beyond the pale. Not only decided to keep the writing more loose and free of constraint, but he also decided to people his rhythm sections with drummers from the Caribbean world as well as from the American realm. The music, he knew, would be like a mind-expanding explosion that resulted from a wonderful collision between the American and the Caribbean musical cultures. Mr. Villafranca, reflecting on this music believes that the Afro-Caribbean and Afro-American musics not only come from the same main root, but also sound eerily similar. Its source is the Congo. It came to the lands of the so-called new world with slaves who secretly practiced their rituals using the rhythms of their old homeland. Thus, the music of various islands is subtly different, yet similar and all of this also finds a home in the Blues and Jazz. 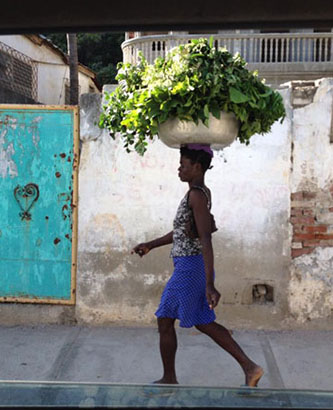 We spend some time talking at length about his African heritage in relation to the music he has so come to embody with elegance and elemental majesty. I find him, not surprisingly, to be articulate and extremely well-informed, almost as if he were a pedagogue in a Cuban Conservatoire. Elio Villafranca is making a case for the direction his music is taking. It is important that I listen carefully as he traces the history of his music. I am holds me rapt. My music, he tells me, has its origins in the origins of Cuban music, which in turn are born in the African groups in Cuba. If you go back to the beginning, then I can say that my music comes from the islands’ ancient history of slavery. I try to suggest that this is like the USA. No, he tells me, slavery started in Cuba much earlier and it ended many, many years after it did on the USA. Cuba, in fact was the last country in this region to abolish the import of slaves from Africa and among the last to free these slaves. For the record, I say, my country, Brasil was the last. Yes! He says. The cultural impact of this was huge in Cuba.

Our people, he says, came from the Congo. Many tribes brought over their religion called “Palo”. These people were probably the largest group of Blacks in Cuba. They had a huge influence on Cuban music. Then came the Oyó or Yoruba from modern Nigeria, known in Cuba as Lucumí. Their religion is known as “Regla de Ocha” “the way of the spirits” also known as “Santeria”. Our culture is also enriched by people from Cameroon and Nigeria—the Kalabars. They are kind of semi-Bantú people also known in Cuba as Carabalí. They worship in a religion called “Abakuá”. We call these people “Ñáñigos”. There are also people from Benin. They are called “Fon” and we also call it “arará” in Cuba. People from Haiti came to Cuba many times. The African Haitians spoke a Creole-French. Their religion was “vodú”. That is not all…. There are also the “Gangá” from Liberia and Côte d’Ivoire… and Senegambian people from Senegal and Gambia—the Mandinga. The famous musical phrase Kikiribu Mandinga! refers to them. 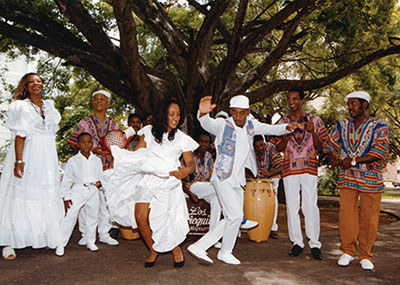 I wonder at this lesson in sociology. As if pre-empting my new question, he says: what I want to share with you is the rich heritage of African peoples in my country, and I believe also in all of the islands where African people live today. I am wide-eyed. Again he pre-empts me. You can imagine how rich the music is. With Jass Syncopators I only reached a part of what I wanted to. I want to go into the cabildos, of the Lucumí, the Palo and the Arará. With Caribbean Tinge I got somewhere there, but I wanted to explore this music much more so I dreamed of going to Haiti. I believed that that would lead me to the path I was looking for. I knew I had to go there. I had already conceived of a musical project that would go deeper in the roots of this country’s musical culture, a culture we share with all of the islands from Cuba and Puerto Rico and the Dominican as well. The new music I had been conceiving after my Caribbean Tinge project was an expansion of it. I wanted to, as I said, traverse the islands and beyond that, go deeper into the Congolese practice of “arará”. I decided very early that I had to know everything about this practice. So I studied. This study was important.