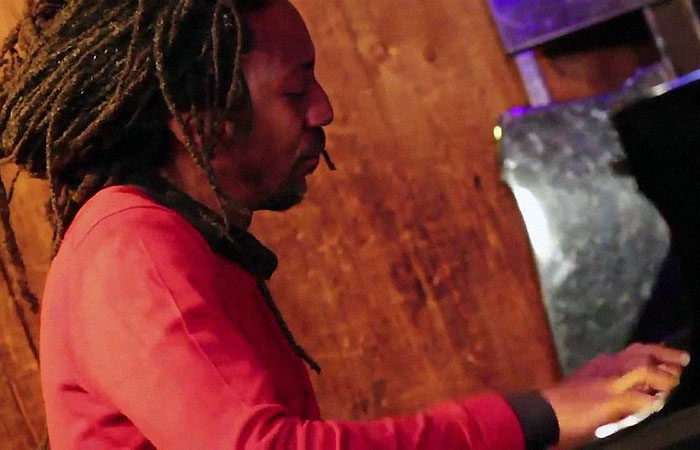 His area of study, he tells me, is in the European classical tradition. But the background into which he was born into was in the Congolese tradition of Tambor Yuka. That was what he grew up into. Exploring this tradition in relation to the music of the Caribbean was important to him. This was when the idea of a suite came to him. He wanted, he said, to tie the music of all of the islands into a gigantic piece that reflected his own background and the rich heritage of the entire Afro-Caribbean realm. For this, he suggests, he will become a griot. He gets down to the task of listening to the stories that people tell in each of five islands: Cuba, Puerto Rico, Santo Domingo, Haiti and Jamaica. His suite ties it all in musically and I begin to see how this could be a giant leap forward far into the future-past, a place few musicians have gone. Chucho Valdés once made the trip into the Congolese tradition with Briyumba Palo Congo, but to my mind Elio Villafranca’s suite would be the first time any musician had assumed the mantle of a griot to tell the story of the islands of the Caribbean as if it were revealed in the pearly beads of a musical necklace. To prepare for this sojourn, he began to read a lot. He became aware of the story of Cinqué, the legendary, near mythical figure immortalised by the Steven Spielberg’s film Amistad. The music, Mr. Villafranca said, would exalt that part of the story that glorified Cinqué as a seminal figure in the history of the freedom of African slaves. The focus soon became Haiti because that island was the first to have a revolution that freed its people from slavery. The suite, soon to be titled after Cinqué, was crafted to be a topographic sweep of the five islands and their unique musical cultures. It would all end in Cuba with an almighty celebration in percussion, highlighted by a “comparsa”. 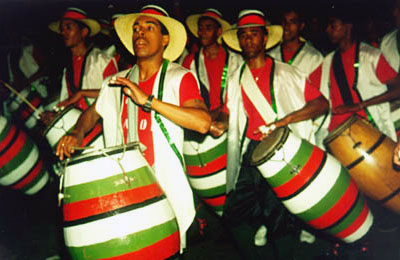 In Cuba, the word “comparsa” refers to the neighbourhood groups that take part in carnival. Conga is of African origin, and derives from street celebrations of the African spirits. Conga drums are played (along with other typical instruments) in “comparsas” of all kinds. Santiago de Cuba and Havana were the two main centers for street carnivals. Two types of dance music (at least) owe their origin to comparsa music: Conga: an adaptation of comparsa music and dance for social dances. The conga became, and perhaps still is, the best-known Cuban music and dance style for non-Latins. The other form is Mozambique: a comparsa-type dance music developed by Pello el Afrokán (Pedro Izquierdo) in 1963. It needs 16 drums plus other percussion and dancers, and is a combination of all things African about the culture of Cuba. A celebration of freedom that might be traced back to that legendary figure of Afro-Caribbean history: Cinqué. Small wonder that the comparsa had been frowned upon—banned—by successive governments including the revolutionaries. Remarkably, however, the music is not only based on the Afro-Caribbean tradition. The last part of the suite is written in the style of European classical music. It is based, in fact on Beethoven’s Sonata No. 2 Opus 1. I find this fascinating and I tell him so.

This seems a natural segue, both in terms of my interview as well as in the suite, to Haiti. Haiti is inextricably linked to Cuba, with the music of the Tumba Francesa. This form has its roots in Haiti. It came to Cuba via freed slaves. Immigrants from Haiti had settled in Oriente and established their own style of music, called the Tumba Francesa, which uses its own type of drum, dance and song. It embodies one of the oldest and most tangible links to the Afro-Haitian heritage of Cuba’s Oriente province and developed from an eighteenth-century fusion of music from Dahomey in West Africa and traditional French dances. This survives to the present day in Santiago de Cuba and Haiti. This is something he believed in from the start of his career and it was brought into sharp focus again during a recent trip to Haiti—a trip he documented in an electronic journal that he posted on Facebook, with detailed writing and beautiful photographs. 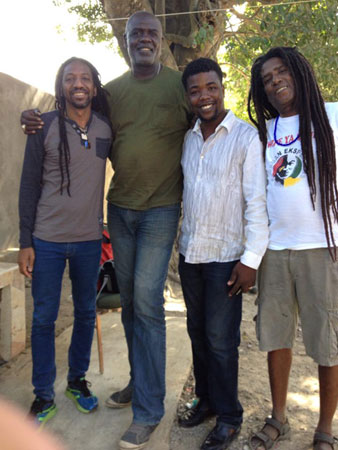 Haiti is the culmination of a long journey that is a spiritual, philosophical as well as a musical odyssey. He described the experience to me while we were talking, but I also found his electronic journal to be very evocative. Here are two entries:

“I’m currently in Haiti, experiencing its culture, its people, so I can write music about these experience from a genuine and honest place. Tomorrow I will be going to a Kongo ceremony, invited by two great scholars, artists, and now friends Manzé and L?ló. The plan: We leave at 2pm and return at night on the following day. Scary and excited at the same time… I just got back to Port au Prince from a very intense trip in the rural areas of Haiti. I experienced so much culture that it will be a hard homework to digest all of this information. We traveled 6 hours to the north part of Haiti and I was present in two Afro Haitian ceremonies, Kongo and Radá (Dahomey). Met new friends including Drake, (my guide) Ivon Joseph (first Haitian NBA player) and Lolo (from the Bukman Experience). I will describe more of this beautiful experience, but for now I will leave you all with these photos. Enjoy…”