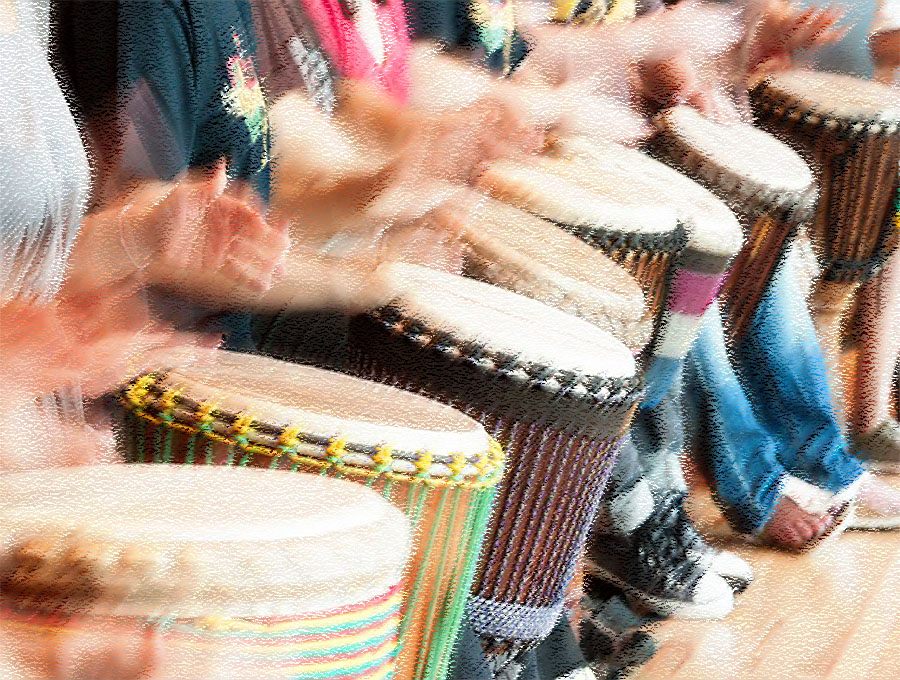 By every account the Orishas have been pleased ever since the beginning of time. But never more pleased than with three new collections of music that have come out between 2013 and 2014. In no particular order these are Michele Rosewoman’s New Yor-Uba 30 Years: A Musical Celebration of Cuba in America, Francisco Mora Catlett’s AfroHORN – Rare Metal and Yosvany Terry’s, New Throned King. If the industry, critics and nice ordinary people were paying attention, there should have been an enormous celebration in New York City, Mecca of almost all things music; and all around the world. As it happens, most nice ordinary people are too preoccupied with pocket books to pay attention and that is understandable. But when the industry and the critics fall asleep at the wheel, it is a worrisome sign. This is exactly what happened to Francisco Mora Catlett’s CD and with things unfolding the way they do these days, so might Yosvany Terry’s CD. No one doubts that it takes money and media campaigns to back a launch. However, it’s time to let a little go a long way. Nevertheless, the Orishas have been made mad with delight and that has to do with the exquisite musicianship of each of the three CDs. And it’s not hard to reckon why.

The thunderous reports of the African-born drums have been directed at the Almighty with rarely-heard joy and a wondrous circle of ecstatic musicians making magic with the intellect of the mind, the graceful uplifting of bodies and the cries of love from the depths of the souls. Why shouldn’t the Gods be right royally pleased. After all they never forget the shouts of joy that go up from this blessed earth from the marvelous talents and genius of these men and women who received said talents and genius from the Almighty in the first place and whose musical gifts they are receiving in return. They have not forgotten John Coltrane’s late music, the music of Yusef Lateef and his soul-brother Adam Rudolph. And they certainly have not forgotten the Holy Rollin’ of the African Methodist Episcopal Church and they certainly have not forgotten the magnificent upwardly directed and sanctified music of the African-America and the African-Caribbean Diaspora—from Dahomey and Nigeria to America and Cuba and Haiti, etc. Blue notes, the rapturous expression of jazz and the ritual beating of the hallowed drums—batá, conga, and the worshipful drums that accompany Arará chants: the wewé, opitli and akotó via Dahomey and Cabildo Sabalú in Matanzas—gloriously included.

In the music of each of these recordings is heard the tenuous, yet unbroken, thread that ties heaven and earth together. There is also a sense that this music is not only born of Africa, but also African-America. Here is heard the dancing, angular polyrhythms of Thelonious Monk’s blessed hands and the shuffling of his ever-dancing feet as much as it does the ancient chants of the Yoruba and the Arará worship. In Yosvany Terry’s saxophone is the rhythmic and, in a sense the wild howl of Charlie “Bird” Parker’s alto saxophone that, it would now seem, magically recalls as much the chants of the shamans and medicine-men as it does “Bird’s” sacred horn and it certainly recalls the interstellar searching of John Coltrane’s landmark LP A Love Supreme. In the case of Michele Rosewoman, and in the coro of Yosvany Terry’s music it is in the polyphonic orchestration that François Truffaut discovered as he brought the Gods down to earth in Steven Spielberg’s outstanding film, Close Encounters of a Third Kind. In the instance of Francisco Mora Catlett’s magnum opus, his drumming not only makes him a direct descendant of the great Sun Ra, with whom he played, but also suggests that like Papa “Jo” Jones, Max Roach, Elvin Jones and Roy Haynes, Mr. Mora Catlett is in direct communion with the greatest spiritual power here on earth and in heaven.

And so these recordings must be regarded as important events not only for each of the musicians who created the music on them, but they are all, in each and every note played, chanted and sung, majestic reminders of the ancient tradition of the Human Diaspora that Cheikh Anta Diop reminded all those who would hear that every man, woman and child came from the same source; and to which each and every man, woman and child will one day return. It is also a look at days of future past; and, in a manner of speaking, when Yosvany Terry crosses the sliding, slanted notes of his alto saxophone, with the Arará drums while his brother the bassist Yunior Terry anchors the rhythm as well as swings delightfully, or Yosvany Terry magically juggles his chékere, these days of future past may already be upon us, musically speaking. There is a confluence of idioms that has been echoing here, in this music, where earth meets the sky, at the edge of which is a magisterium, upon the throne of which is the God of all things: Ochún and the God of Jazz who is ready, willing and able to pour holy water onto this music as it moves in and out of the first three and then the spectral dimension where music is sure to reside.

John Coltrane, in that classic quartet—with the assistance of pianist McCoy Tyner, bassist Jimmy Garrison and somewhat more importantly, drummer, Elvin Jones—first stepped into that rarified space when he produced A Love Supreme, but somehow we keep forgetting that as well as the fact that he opened up that interstellar space to the musicians who followed. Now, into that realm seems to have stepped Yosvany Terry, a musician of rare import, beyond his young years and far ahead of his time thus to remind us not only of Charlie Parker and Thelonious Monk and the ancestors of this great music, but also where it is sure to go. And that, in turn, is a place where cultures and their languages and dialects, and their idioms collide. More importantly the new music acknowledges that human civilization did, indeed, first arrive in the Great Rift Valley of Southern Africa. Mr. Diop—struggler in the desert that he metaphorically was—shouted that in his landmark thesis decades ago and European detractors tried their best to discredit him. Now then, here is the liberal art of (this) new music showing the way. It is time to take notice.