My moon app announces that in 14 hours the Supermoon of May will be here. During a full moon I often get inspired to write about women whose talents I admire. This is prime time to get the show on the road!

The Curtains Open to Vocalist Omara Portuondo, The Grand Lady of Cuban Music for Decades

She is gifted with a beautiful voice, and a unique way of interpreting songs with great emotion and phrasing, as personal as any of the great jazz singers. It is not easy to write a short piece about an artist who has had such a long and successful career. But I’ll share a few stories that I read, and some that I heard first hand from writers and musicians who worked with her.

Born in 1930 in the Cayo Hueso neighborhood of Havana to a professional baseball player and a very musical mother, Omara was encouraged by her parents to pursue a musical career when she was very young. She started singing and dancing in public in her late teens. At an early age she joined her sister Haydée as a dancer at the famous Tropicana club.  As a singer, her first professional performances were with the jazz group ‘Loquibambia Swing’, put together by guitarist/composer José Antonio Méndez and featuring Frank Emilio Flynn at the piano. She was introduced to a bigger audience during a program at Radio Mil Diez as ‘Omara Brown, la novia del feeling’ (‘the sweetheart of feeling’, referring to a popular style of bolero closely related to American jazz). Later she toured the USA for six months with the quartet of Orlando de la Rosa. After returning home she joined the famous all female band Anacaona for a short tour.

One of the highlights of her career is when she became part of the vocal group of Aida Diestro, Cuarteto D’Aida, with Elena Burke, Moraima Secada and her sister Haydée Portuondo. In 1952 they debuted on Cuban television and in 1957 they recorded their only album, ‘Las D’Aida’ with a band led by the legendary Chico O’Farrill. She stayed with this unique vocal quartet for 15 years. Omara says that being part of the group was a very important learning experience for her. In her words, Aida Diestro was an exceptional musical talent who taught her to discover her possibilities as an interpreter and a musician. The Cuarteto D’Aida formed a valuable school for the participating singers, and the daily work with them served as an advanced musical education.

In the meantime, Omara started her solo career. Her first featured album being ‘Magia Negra’, was produced and orchestrated in 1959 by the renowned pianist and band leader, Julio Gutiérrez. Many more albums would follow. Among the treasures I found was a 45 rpm EP from the early 60’s with the amazing guitarist, composer and arranger Juanito Márquez. In this recording you can hear a variety of approaches, described on the sleeve as ‘bossa nova, rock lento, descarga’, all with significant jazz influence. I’ve noticed that in this period, when a tune went into the realm of jazz and soloing, the producers would call it ‘descarga’ or ‘jam session’. The record is named after Juanito’s song, ‘Como Un Milagro’, a rare gem of the Cuban musical heritage.

I had been looking for this recording since I first heard about the connection between Omara and Juanito. Cuban bass legend Orlando ‘Cachaíto’ Lopez told me an interesting story. In the early 60’s, Juanito Márquez, drummer Guillermo Barreto, Omara and Cachaíto had a jazz quartet that played a regular gig in a club of the Havana neighborhood, El Vedado. That was news to me, and shows a side of Omara’s work that is less known to her audience. Actually, the general public outside of Cuba only knows her through the Buena Vista Social Club (BVSC), but Omara Portuondo has a resume that stretches way beyond that repertoire.

From the 60’s through the 90’s, Omara’s career kept flourishing while she was performing and recording with many artists. You can see the scope of her musical diversity by the company she keeps. The list includes Cuban musicians like Chucho Valdés, Adalberto Álvarez, Martín Rojas, Pablo Milanés, groups like Irakere and Orquesta Aragón, and international artists such as Lucho Gatica.

Here is a story Omara told Cuban author and journalist Juan Carlos Roque García, as described in his book about Buena Vista Social Club. He interviewed Omara several times while working for the ‘Radio Nederland Wereldomroep’, which was during 65 years the Dutch radio world service.

In 1997 she was recording her CD ‘La Novia del Feeling’ in the Areito Studios of Cuban record label EGREM in Havana, while BVSC was putting together their famous first album in an adjacent room. Cuban producer Juan de Marcos walked into the studio where she was recording and introduced her to Ry Cooder. They asked if she wanted to go to the studio upstairs and record a song with them. She accepted and right away recorded ‘Veinte Años’. Little did she suspect that this album would become an international hit that would give new wings to her career and take her on the road for many years to come.

In 2000, she made the solo album ‘Buena Vista Social Club Presents Omara Portuondo’ for the World Circuit label. That same year, I was invited by Cachaíto to a concert of BVSC in Austin Texas. This turned out to be a magical night. Everyone from all over Texas came to hear them play. I found myself dancing next to Ann Richards, former governor of Texas, who was going wild over the music. Omara touched the hearts of all who were there that night with her rendition of the same song that lead her to fame, ‘Veinte Años’. She sang it in a way that I never heard anyone do before or since. Her beautiful voice phrased it so freely and with so much emotion, that tears were rolling down my cheeks. After the concert my brother and I met her backstage. When he told her that we were moved to tears, she said: ‘Ay mi hijo, deja ese llanto’ – ‘Oh my dear, let go of the crying’. We had to laugh, because she really caught us off guard.

In 2003, Brazilian guitarist Swami Jr. started working with Omara as her musical director and guitarist for the album ’Flor de Amor’ (2006), with participation of musicians like Orlando ‘Cachaíto’ López and Barbarito Torres. Swami Jr. also played, arranged and co-produced two other albums: ’Omara Portuondo e Maria Bethania’ and ‘Gracias’. The latter won a Latin GRAMMY® in 2009. ‘Gracias’, with an all star cast of musicians including Chico Buarque, Pablo Milanés, Jorge Drexler, Avishai Cohen, Trilok Gurtu and Richard Bona, creates a wonderful mix of world music styles. To me this is one of her best recordings. It shows her versatility in interpreting many diverse musical genres, not just Cuban, but also Brazilian and South American.

In a recent conversation with Swami Jr, I asked him what the most  memorable part of his work with Omara was. His voice jumped with excitement as he said:  “Being on stage with Omara is the greatest experience that I’ve had as an artist. She is the kind of singer that no longer exists. Music is in her body, not in her head. She is not afraid of anything, she is in the moment… she is music! When Omara walks on stage she brings along not just her music, but all the flavor and livelihood of the streets of Havana. I enjoyed hanging out with her and listening to all the stories of her life, and also walking on the streets of Havana with her – that was a trip! People would stop her everywhere, and she loved to engage in conversation with everyone she met. Havana loves Omara and she loves her native city and her people.”

During her long career she has received many nominations and awards. In 2019, Omara received ‘The Lifetime Achievement Award’ from the Latin Recording Academy®. But she does not let all her success go to her head. In his book, Juan Carlos Roque García describes her not as a diva but as a simple woman who loves her country. And that is how she sees herself. In an interview when he asked Omara how she wanted to be remembered, as the ‘Edith Piaf of Cuba’, the ‘Great Sonera’, or the ‘Diva of the Buena Vista Social Club’, she responded: ‘Omara, the Mulata from Havana’. 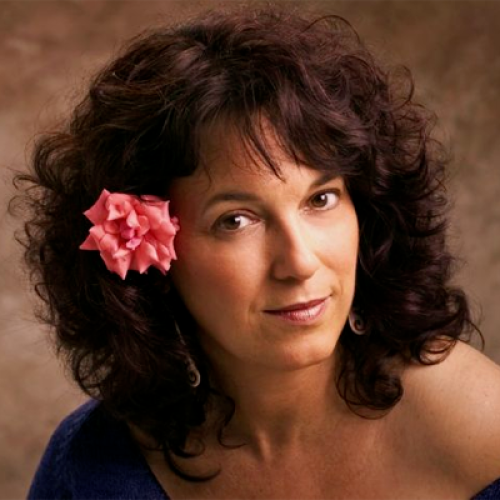 Estrella Acostahttps://www.estrellaacosta.com/
Cuban vocalist, lyricist Estrella Acosta is one of the most versatile Latin American singers living in Europe. Though Estrella has never stopped singing the folk songs of her motherland, she is equally at home embracing various Brazilian and jazz styles. With her relaxed phrasing and warm, earthy voice she brings a fresh, innovative approach to Cuban music.