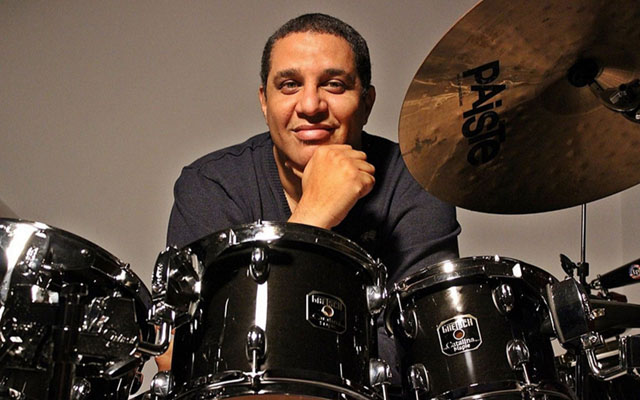 Fidel is the composer of renowned Cuban dance classics “La Expresiva” and “Mamina”, among others. Artists from Cuba, the United States, and Puerto Rico have recorded his compositions. He contributed, as well, in the CD “Bajando Gervasio”, by Amadito Valdés, nominated for 2004 GRAMMY Awards. The documentary “Seguir a través de los años” (To Follow Through the Years), by Daniel Diez, is inspired in his music. His salsa and timba music album “Salsa Son Timba” was released in 2005.

Fidel Morales is former director of the Jazz and Caribbean Music Department of the prestigious Puerto Rico Conservatory of Music, where he is Head of Jazz Drums since 2006. He also offers private lessons, and is, as well, an active clinician.

Fidel is director of his own bands: Fidel Morales Trio and Fidel Morales Afro-Cuban Band. He is the author of the books “Afro-Cuban Techniques for Drum Set & Percussion, Volumes 1 & 2”.