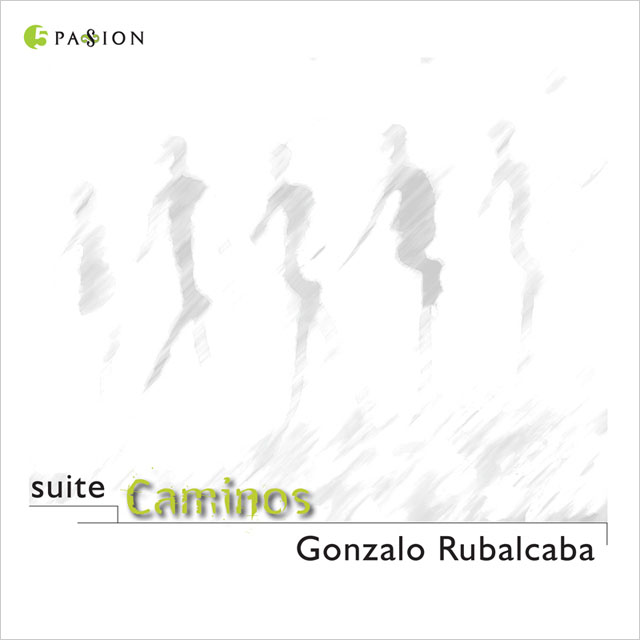 Gonzalo Rubalcaba has sojourned all over the topography of music ever since his performing days in Cuba and the rest of the world, and ever since he was discovered by Charlie Haden. He might be said to have blazed brave new trails between Afro-Cuban music and Afro-American. His extraordinary virtuosity as a pianist and his unbridled genius as a musician has been brought forth on a number of recordings from the earliest days to his magnificent album Fé/Faith (5Passion, 2011). Throughout the course of his career the Afro-Cuban idiom has defined his music in overt as well as more subtle ways when he was playing jazz. But on Suite Caminos he delves much deeper into his origins. As a result the music on this album addresses Santeria in a more direct manner.

At first blush it appears that Rubalcaba is less audible on the album. He seems to play less piano, a tad more keyboards than on other albums including on that seminal recording Mi Gran Pasion (Messidor, 2008). But this is more an album about Rubalcaba the composer and that too one exploring the depth of his African rhythmic side. Moreover returning to his African roots Rubalcaba has crafted a work of greater significance than anything he might have done in his entire career. Suite Caminos translates literally as “The Roads Suite” but a slightly metaphorical view of the music tells of the “routes” that Rubalcaba has travelled all his life including that part that involved not so much music as the worship of African deities. So the performance no longer becomes a mere display of gratuitous virtuosity but rather an exploration of the soul of Rubalcaba’s entire existence as an artist.

Chanting is heard throughout the album. Happily, those voices also include Pedrito Martinez on two sequences; more happily Martinez is not the only vocalist on the album. There are others – Philbert Armenteros, Mario Hidalgo, Sonia Feldman – all of whom chant to various deities as soloists and in a heavenly choir as well. Rubalcaba often resorts to the organ to channel his African harmonics through a European church setting rather than in a more secular fashion, on the piano. This is unusual but seems to work seamlessly with the African rhythms belted out by the conventional drum set, by Ernesto Simpson as well as by the battery of percussionists on the album.

But it is the gripping drama and involvement in large-scale works that recall the brilliant musicianship of Rubalcaba and the legacy of his pianism throughout his career. Rubalcaba’s captivating direction and intensity, complete with an almost hypnotic abandon, is a touch more measured in Rubalcaba’s (organist’s) hands but no less effectively communicated. The music is less florid and more ingeniously compressed into lines that poke and jab at the music in the keyboardist’s inimitable style.

Sendero de Espuma and Ronda de Suerte are arguably the most ambitious creations on the album. Truly symphonic in grandeur, the works are harnessed impressively by the exceptionally experienced Gonzalo Rubalcaba. Granite-like blocks of intensely chiseled harmonic progressions from start to finish are studiously laid down, as if for posterity, and yet there’s an underlying immediacy and restlessness in Rubalcaba’s rhetoric which leads to thrillingly choppy waters in the music. I can’t think of anything finer in terms of what Rubalcaba does on this or any of his previous recordings. There is a grandeur, flair and emotional risk here and happily it is on a record that has also been recognized as one of the best in 2015.