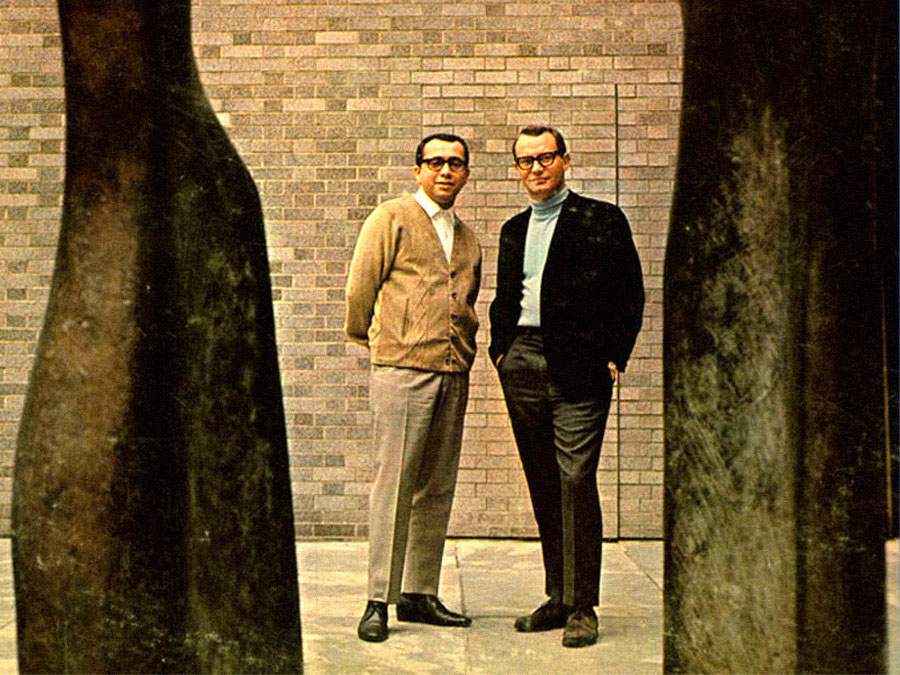 “The finest work to date is, without question, El Sonido Nuevo. Vocal music is jettisoned, thus revealing, once and for all, the depth of Palmieri’s instrumental resources. Every single track of this LP is epochal. The clatter set up by (Barry) Rogers in “Los Jíbaros,” for example, is extremely artistic and “Ritmo Uni” is the most finished document of the trombone dimension in Sonido Nuevo that has yet been heard. Palmieri fulfills the promise of his “Azucar” (Sugar For You) experiment in a variety of tracks, inventing new ostinatos and melodic fragments and counter ostinatos and single-note accents, becoming a virtual pianistic kaleidoscope.” – Robert Farris Thompson

If awards were given for the most misleading cover-art, Cal Tjader and Eddie Palmieri’s El Sonido Nuevo would rank high on the list. If the unsuspecting buyer didn’t know better, they might believe the men on the cover are college professors taking a break between classes (nothing could be further from the truth). In the end, we will never know why Verve Records made such an odd choice, but there is no question that over fifty years after its creation, El Sonido Nuevo sounds as fresh today as it did then. Much like the cover of the album, the back-story of El Sonido Nuevo contains misconceptions, unknown facts, and even a revelation.

In 1965, Cal Tjader visited New York. While there, he saw Eddie Palmieri and Conjunto La Perfecta perform at The Cheetah. Impressed with the group’s musicianship, swing, and high energy, he introduced himself and proposed the idea of joining forces. “At first, I thought he wanted to record with me,” said Palmieri, “but Cal made it clear he wanted to record with my band and me.”

The invitation led to an exchange of an artist’s agreement between Morris Levy of Tico Records (Palmieri’s record label, which later became Roulette Records) and Creed Taylor of MGM Verve Records (Tjader’s record label). It resulted in two classic recordings – El Sonido Nuevo and Bamboleate) required listening for anyone who is even remotely interested in the roots of Latin music and Latin jazz.

The recording sessions took place at Rudy Van Gelders studio in Englewood, New Jersey, on May 24, 25 and 26, 1966. The producers were Creed Taylor and Claus Ogerman, who shared the arrangements with Palmieri.

When the album was released (1966) aficionados embraced it but Cal and Eddie’s fans didn’t know what to make of it. It was not the Cal and Eddie of old and record sales were poor.

Publicized as “The New Sound,” El Sonido’s eclectic repertoire alternated between “corny” and “hip.” Tunes such as “Picadillo,” “Guajira En Azul,” “El Sonido Nuevo,” “On a Clear Day You Can See Forever,” and “Unidos,” lived up to the hype. Conversely, the theme from the movie, “Modesty,” (set to a mambo beat) left the listener’s scratching their heads.

Several misconceptions surround El Sonido Nuevo that stem from Creed Taylor’s original liner notes. According to Taylor, “Cal and Palmieri hit it off at once. They were in the same groove, and the listener can feel the flow and rapport between them on every track of the album.” In 2007, Eddie Palmieri dropped a bombshell when he revealed that during the making of El Sonido Nuevo (and Bamboleate), he and Cal were not in the recording studio at the same time. “The amazing thing of the recording was that Cal never recorded with us,” said Palmieri during an episode of Caliente Latin Jazz on WKUVO, 89.3 FM. “We laid down the tracks and later, Cal and I would speak by phone, and I would tell him, ‘this goes there,’ and ‘that goes there,’ and he came in at night and filled in (overdubbed) his parts. Cal was the most natural musician I have ever seen in my life! The way he was able to pull that off.”

Why it took Eddie Palmieri fifty years to reveal the fact is anybody’s guess. Still, for avid listeners (like me) who grew up listening to Cal and Eddie, it changed my perception of the album and its mystique.

In 1993, Polygram Records reissued the original LP in CD format and included six bonus tracks from previously released Cal Tjader sessions. Why Polygram chose to tinker with the flow of the original recording is anybody’s guess. Still, it raises questions such as, where are the original master tapes? Do they exist? One of the most common criticisms surrounding El Sonido Nuevo is the shortness of the tracks. Case in point, the tune On a Clear Day You Can See Forever clocks in at a mere one minute and fifty-nine seconds. If the master tapes exist, I, for one, would like to hear the tracks and the outtakes in their entirety with new, updated liner notes in the form of a box-set.

Did Cal Tjader and Eddie Palmieri create a “New Sound?” According to scholar Doctor Robert Farris Thompson, “El Sonido Nuevo is a new form of Latin New York music, founded on fresh drumming, an astringent bass, a piano mixing fixity of form with counterpoint, and a trombone extracting a maximum of emotion with a minimum of notes.” This much we know. Cal, Eddie, and La Perfecta found common ground and brought out the best in one another. Also, the sessions clearly demonstrated Conjunto La Perfecta was more than just a “dance band.”

The trombonist Barry Rogers deserves special mention for introducing Eddie Palmieri to John Coltrane (during the sessions), whose influence played a role in the making of El Sonido Nuevo. One musician compared aspects of El Sonido Nuevo to Coltrane’s Africa Brass.

One year later Cal and Eddie’s band of “roaring elephants” reunited to record the highly acclaimed follow-up to El Sonido Nuevo titled Bamboleate. But, that’s a story for another day!

Fifty-four years after its release, El Sonido Nuevo is a classic. Also, it’s part of the soundtrack of my life and holds a special place on my “eternal” playlist. 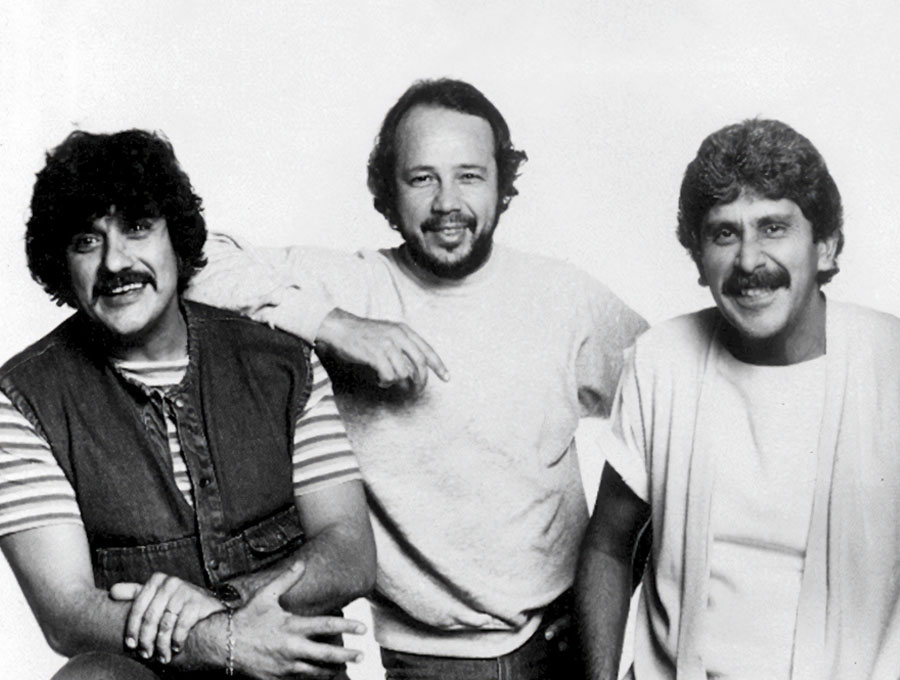