Valencia – Legendary jazz bassist and Grammy Award-winner Eddie Gómez was awarded an honorary doctor of music degree by Berklee College of Music in Valencia. Gómez is a native of Puerto Rico who was raised in New York City. This was the first-ever honorary doctorate granted at the college’s new international campus in Spain. The award was presented by Larry Simpson, Berklee senior vice president for academic affairs, at a celebratory concert at the Teatro Martin i Soler in the Palau de les Arts, home of the college’s Valencia campus.

“I am profoundly proud to receive this honor from Berklee College of Music, one of the most prestigious music schools in the world,” said Gomez in his acceptance remarks. “Of course, I need to thank Mr. Roger Brown, Larry Simpson, Brian Cole, Matt Marvuglio and Marco Pignataro for making this happen. It is a very special night.”

“Eddie is among the greatest living jazz musicians and a titan in the history of the jazz double bass. His music and technique has influenced jazz musicians and bassists from almost every genre,” commented Simpson. “He has also shown a serious commitment to education, dedicating time to teaching at institutions including the Puerto Rico Conservatory of Music and Berklee, despite his very active performance schedule.” 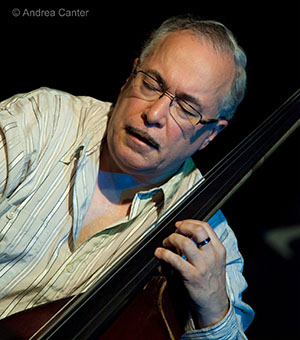 Legendary bassist and two-time Grammy Award-winner Eddie Gómez has been on the cutting edge of music for over four decades. Gómez is a native of Puerto Rico who was raised in New York City and graduated from Julliard. His impressive resumé includes performances and recordings with jazz giants such as Miles Davis, Dizzy Gillespie, Bill Evans, Chick Corea, Gerry Mulligan, Art Farmer, and Benny Goodman. Gómez’s unique sound and style can be heard on many Grammy winning records as well as on hundreds of recordings spanning the worlds of jazz, classical, Latin jazz, R&B, pop and contemporary music.

About Berklee in Valencia.

Previous articleRay Mantilla: The Connection
Next articleEtienne Charles in Concert at SubCulture in New York