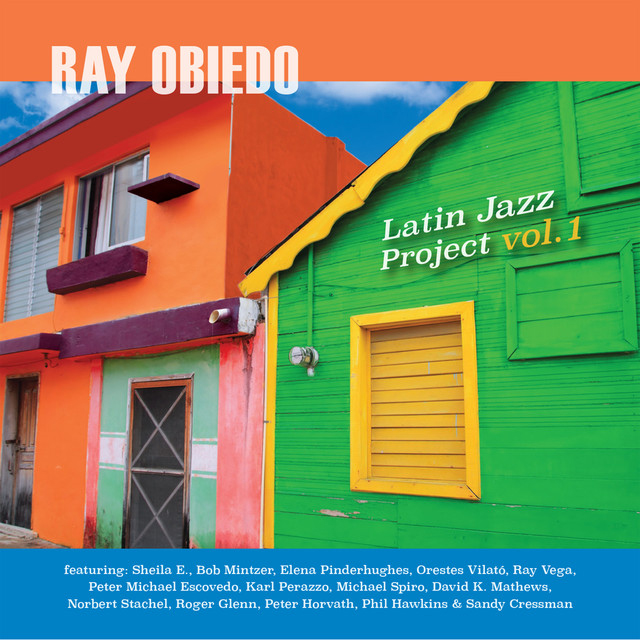 The influence of Latin-American music has permeated deep into the fabric of Ray Obiedo’s music as it has done many musicians across the US. The guitarist, however, has drenched his Latin-American rhythms not just in Afro-Caribbean beats, but very pointedly in West-Coast cool. This recording – made several years ago – is the epitomé of Obiedo’s unique brand of Latin-Jazz, driven by a lush, sonically-balanced playing, with a rhythmic propulsion that remains quick off the mark. There are no pyrotechnics, which is refreshing; neither is the music dry and business-like. In everything Ray Obiedo combines lustrous lyricism with a rapturous panache that illuminates the extremes of the music on this disc.

You know you’re in for a special treat no sooner than Obiedo and his septet spring out of the gates with Tito Puente’s ‘Picadillo’ which features some unspeakably gorgeous playing on the part of Karl Perazzo and the late Paul van Wageningen. This infectious glee continues throughout the disc – in the way the notes lift off the paper when played by a stream of extraordinary musicians. Each of these artists runs, nimble-footed, through the music coaxed gently and with subtle charm by the guitarist. Ray Obiedo’s soli are never long, but he makes every note played count and before you know it he has enjoined the rest of the musicians in each case to weave a magical musical tapestry of wondrous colours and textures.

Latin Jazz Project Vol. 1 is the eighth release by Ray Obiedo. It features the guitarist’s evocative reworking of well-known Latin Jazz standards and also includes some of his original work. Each piece unfolds before the listener like a spacious landscape made in the Latin vernacular. The music appears to have been recorded prior to 2012 as it features the outstanding drumming of Paul van Wageningen, who passed away from cancer that year. It has been some time since we have heard the VW Brothers (the recording also includes bassist Marc van Wageningen) and in releasing these tracks, Obiedo is also ensuring that the world of Latin-Jazz remembers a wonderful drummer and the contribution he made to this music.

I would be remiss if I did not mention that the cast of characters forms a constellation of superstars all of whom play with distinct emotion and passion. Listen to Sonny Rollins’ ‘St. Thomas’ and João Donato’s ‘Sabor’ to feel the heartbeat of each of the performing musicians, who also give their all in every other chart on this memorable disc. And don’t stop until you’ve savoured the wizardry of Sheila E, who closes the set with a spectacular improvisation played with Peter Michael Escovedo.