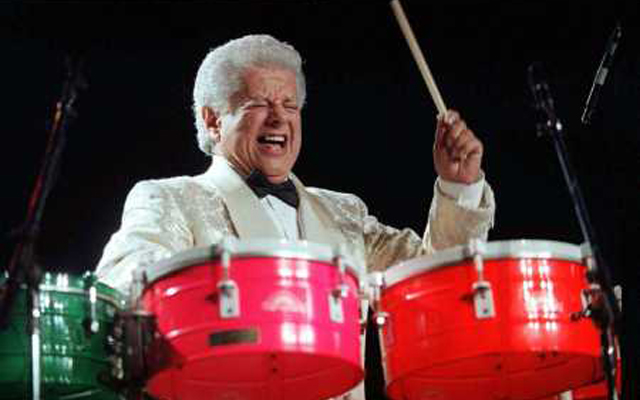 It was Bobby Sanabria who made what is probably the most authentic observation about Tito Puente and his contribution to music. Mr Sanabria said, “Without Tito Puente there would be no Latin Jazz.” This may well be construed as a somewhat over statement but no one who is a connoisseur of the music could doubt the importance of Mr Puente; not only his contribution to the all-pervasive image but, I suspect, his importance in music in general. For anyone who believes this as well as for anyone simply interested in getting to know El Rey – as he was appropriately named – this book, Mambo Diablo – My Journey With Tito Puente as told by Tito Puente’s best friend and confidant, Joe Conzo to David A. Perez, is essential reading. 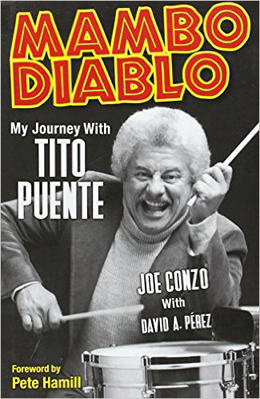 This is a book dense with detail and inevitably when the life story of your best friend is being recounted it is difficult to leave out even the littlest detail. Why would you. After all you are trying, as Mr Conzo is doing, recreate the character of Tito Puente in his own image and likeness. It is important therefore to tell the whole story and this Mr Conzo tells without pulling any punches. Tito Puente was himself a complex character. This becomes clear when as a young man he is seen growing in a fairly dysfunctional family in which his father is largely absent and his mother is left to bring up a gifted child with the energy of a whole brood of children. Mr. Puente’s journey of discovery of music is not so complex, however. True, he wanted to create himself as if he were fashioning himself in the third person, with every talent for music and dance, and showmanship he admired in his heroes – both musicians and bandleaders – in order to first pay respects to the music and its heritage as well as to entertain audiences, which of course he ended up doing to such an extent that he has become one of the most memorable figures in music.

Tito Puente was a complex man. There was much in the manner of his growing up years to facilitate that. He was a terrific drummer, a fine saxophone player, a truly gifted dancer and an entertainer like few people in his day. Growing up he showed a penchant for this in the relationships he enjoyed with those of whom he associated with. But he was also a private person internalising the pain of his childhood – not only success and failure, but also birth and death, and poverty. Mr Conzo got to know all of this from the man himself. He was more than an important business associate; he was perhaps the closest person to Mr. Puente who called him to tell him his deepest thoughts, fears and to discuss the heady successes as well. Mr. Puente was almost obsessed with dissecting everything that happened to him and we get a sense that Mr Conzo seemed to be right there to experience it all with Tito Puente. He (Mr Conzo) seemed to catch on pretty early on in their relationship that he might one day be called upon to give account of not only his life but Tito Puente’s as well. So he preserved almost every Tito Puente-ism in writing. 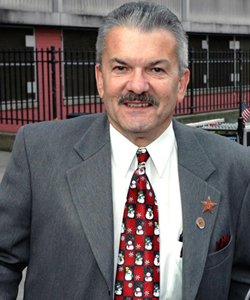 Both men were also not immune to the excesses of stardom. Tito Puente’s ongoing demons with drugs, especially with cocaine are well documented. The pressure to be at his best every time he took to the stage was probably responsible for his habit – one he could or would not kick until his death. Mr Conzo’s was probably a little darker than that but he was careful not to become dependent to the extent that it would take over his life. Mr Conzo quit the habit before it took control of his entire being. Mr Puente’s habit was what kept his body and soul together it would seem. While Mr Conzo does not make any apologies for this he does not condone the habit either. It just was part of Tito Puente, a salve that he could never do without and this was perhaps one of the most tragic aspects of the great man’s life. Mr Conzo is absolutely clear about it. He makes no apologies for Mr Puente, nor does he pull any punches. He simply tells it like it was.

Lest it be suggested that this is a sensational book about a celebrated musician perish the thought. Joe Conzo might not have been a music critic but he manages to bring the music of Tito Puente to life – not as vividly as one would have liked and certainly not as a critic would have, but there is a rare kind of passion in his account of Tito Puente’s music. It comes from the love of the man and the music. Each and every concert, record and tour is expertly documented and brought to life again. The discography at the end adds an element of completeness to the story. The book’s greatest strength is the passionate manner in which the story is told. The storyteller and the writer cannot resist telling the tale in minute detail with all of the subplots that go along with it. At times this can get tedious but for the most part every detail is quite irresistible. This becomes quite clear not too far into the narrative because the death of Tito Puente occurs quite early in the proceedings but by then the reader is already hooked and the body turns chill when the death of Tito Puente is narrated. However, that is when the story truly begins and this is really smart on the part of Joe Conzo and David A. Perez. Best of all, every chapter makes a case – in all of its density – that this music, this Latin Jazz, could not have happened without the colour and the mind, body and spirit of Tito Puente.