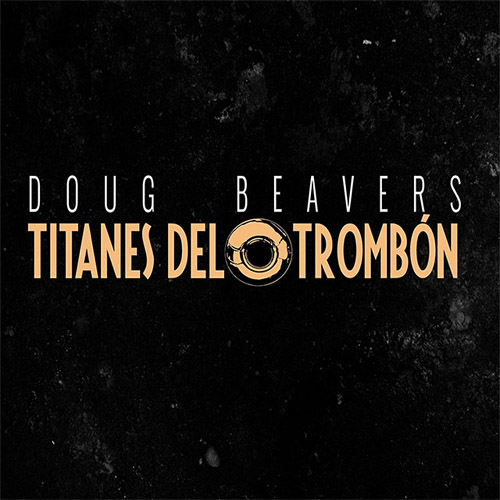 The Battle has begun, the Battle of… Titans!

The Grammy Award winner Doug Beavers brings us his exquisite, new album, Titanes del Trombón, a tremendous musical production conceived several years ago, in 2010, when Mr. Beavers started planning the first ideas and melodies for this work. This trombone man thoroughly selected each of the themes to complete fourteen tracks with the only goal of paying tribute to his friends and inspiring trombonists in jazz and Latin music. His experience as a performer, arranger and producer empowers him to propose this challenging musical project. His exciting and successful career is living proof to state that he is an integral and visionary artist. A path chosen during many years of working with great artists is his personal cover letter for any music lover who hears about him. Doug Beavers has worked with musicians and singers including Pete Escovedo, Eddie Palmieri, Paul Simon and Rubén Blades among others.

Titanes del Trombón is one of those works that takes time to produce because of its complexity. The leader of this project took his time to write and co-write the arrangements and orchestration of some of the tracks and coordinate the contributions of some others, finishing this part of the production in 2012. From New York to California, recording studios and more than twelve months of dedication, Doug Beavers and the guest musicians found the perfect sound for the CD, finally capturing the sonority Mr. Beavers wanted for this tribute. A troop of exceptional artists were invited to participate forming an unparalleled production where thirty-seven musicians contributed their talent to this honorable album. The long journey of Titanes del Trombón is justified after listening to each piece presented in this work. The hands and hearts of so many brilliant stars are evident in the results of the sonorities and pure interpretation. Oscar Hernández, director of the former Seis del Solar band, founder, pianist and musical director of Spanish Harlem Orchestra, plays the piano on this project, accompanied by other versatile musicians including Luisito Quintero, Eddie Montalvo, Dafnis Prieto, Luques Curtis and Edsel Gómez, as well as trombonists like Luis Bonilla, Conrad Herwig, Rey David Alejandre, and the renowned Reynaldo Jorge.

Latin music lovers will delight in what this album reveals; thirty-seven virtuous musicians, creating an insuperable catchy and touchy sound that shakes the soul of any collector or dancer. The classic instruments in salsa and Latin jazz are included plus French horns and strings, giving each song new musical perspectives and possibilities to connect to the syncopated music. “Trombón moderno” (Modern trombone) is the first number in this production. There is no better way to start this album than with this piece. “Trombón moderno” starts with a bluesy trombone phrase accompanied by subtle lines of timbales which announce the descarga that comes seconds later. The starting trombone line continues and a second line of brass fades in to create a beautiful dialog with the solo trombone and the timbales. The dialog ends in a soft way to introduce the sound of Oscar Hernández, a melodious and powerful piano tumbao which introduces the descarga and the singers´ phrase “Venga ahora para que baile con mi trombón moderno” (Come now to dance with my modern trombone). The fiesta is alive now, the atmosphere to start the “battle” has been created, and the titans go into the rhythmical arena to “fight”: Generoso “Toto” Jimenez, Reynaldo Jorge, Conrad Herwig, Luis Bonilla and Doug Beavers break in and offer an unparalleled show of improvisation where the listeners do not know exactly who is winning the “battle”. The musical show does not seem to have a winner; it is a real battle of titans where anybody could be the hero. No one hits the other; everybody wins with their brilliant contribution to this masterpiece session of Latin trombone improvisation.

It would seem impossible for Mr. Beavers to produce Titanes del Trombón without including the name of Barry Rogenstein, better known as Barry Rogers, the emblematic American trombonist, descendent from a Jewish-Polish family – who contributed in a prolific way to the jazz and salsa scene for decades. Mr. Rogers was a pioneer and innovator who proposed the leading role of the trombone in Latin music when he played with Joe Cotto’s Orchestra. This is why Doug Beavers has written a full, original composition called “Viaje” to honor the American trombonist as one of the most important influences in his career. “Viaje” is comprised of four themes: the one with the same name and three interludes which are short variations of “Viaje”, a piece which shows profound African roots, some splashes of flamenco and subtle Arabian phrasings.

It is fascinating how the need to explore the curious human mind allows us to discover magnificent knowledge. Mr. Rogers did it decades ago and now Doug Beavers and his guest musicians amaze us with this precious and significant work where the “battle” is justified, as well as the encounter of musical languages and the respect for the creation of others.