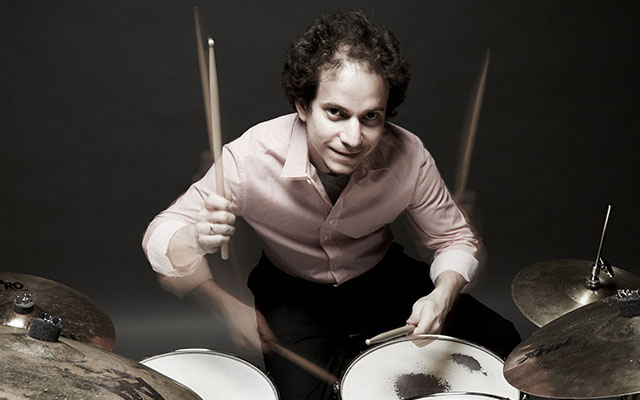 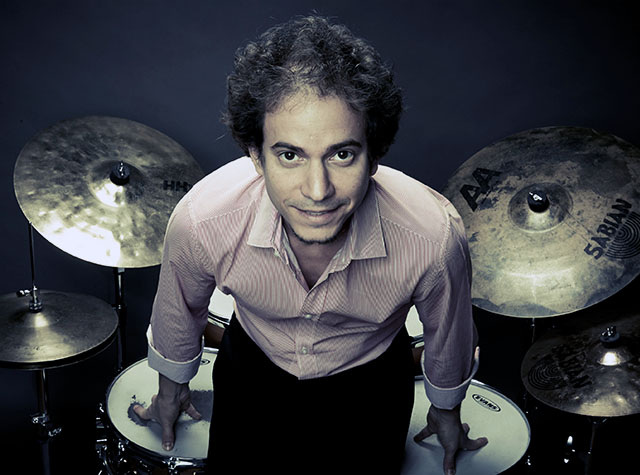 How long have you been living in New York?

I recall seeing you perform at the Jazz Gallery shortly after you arrived from Cuba (2000). We’ll get back to the Jazz Gallery and Founder/Director Dale Fitzgerald, who recently passed, in a moment.

What goes through your mind when you reflect on leaving Cuba, moving to New York and everything that has happened since?

I have to be grateful to the many musicians and people that have supported me. Also, to New York and the New York music scene for embracing me and giving me the opportunity to grow as an artist. I wouldn’t be able to do what I’ve done anywhere else in the world.

Getting back to Dale. He obviously played a significant role in your musical development.

Dale was one of the first people in New York that opened the door for me as an artist and specifically as a leader. I’ve been presenting my music at the Jazz Gallery since 2000, and it has been an amazing journey. Over the years, I’ve performed there over twenty times. Dale was an amazing human being who loved art, music and the people who create it. That’s significantly different from other presenters. Many presenters love the art, but they don’t connect with the artists on a human level. Dale knew how to support an artist from every standpoint. He and I always had a great connection because he understood what I was doing and supported me in everything I did.

I have fond memories of seeing you, Yosvany Terry, Luis Perdomo, Miguel Zenón and others present new material at the Jazz Gallery’s Composer’s Series. Dale was very proud of that.

For the record, we’re referring to the original Jazz Gallery on the fringe of So-Ho, at 290 Hudson Street. The venue has since moved to 1160 Broadway (5th Floor) in midtown Manhattan.

Triangles and Circles is being released through your label, Dafnison Music. When will the project be released?

It’s available through amazon.com, cdbaby.com and iTunes. I’d like people to know that supporting the recording and Dafnison Music supports future projects.

What sets Triangles and Circles apart from your past recordings?

Well, all of the compositions are full of new musical adventures, it’s a fresh sound …

What stands out for me is, your growth as a composer. You sound comfortable and confident in your own skin.

Thank you … of course, I would like to believe that I’ve evolved as a composer and as a player but when it comes to making a record the most important thing is, the sound as a whole. Being able to capture the sound I’m seeking and convey it with the sound each musician brings to the music in a subtle and sophisticated way.

You’ve certainly succeeded in doing that and you couldn’t ask for a more exemplary and brilliant group of players. Triangles and Circles is a terrific recording. See you at the Jazz Standard!

Discography as a leader: 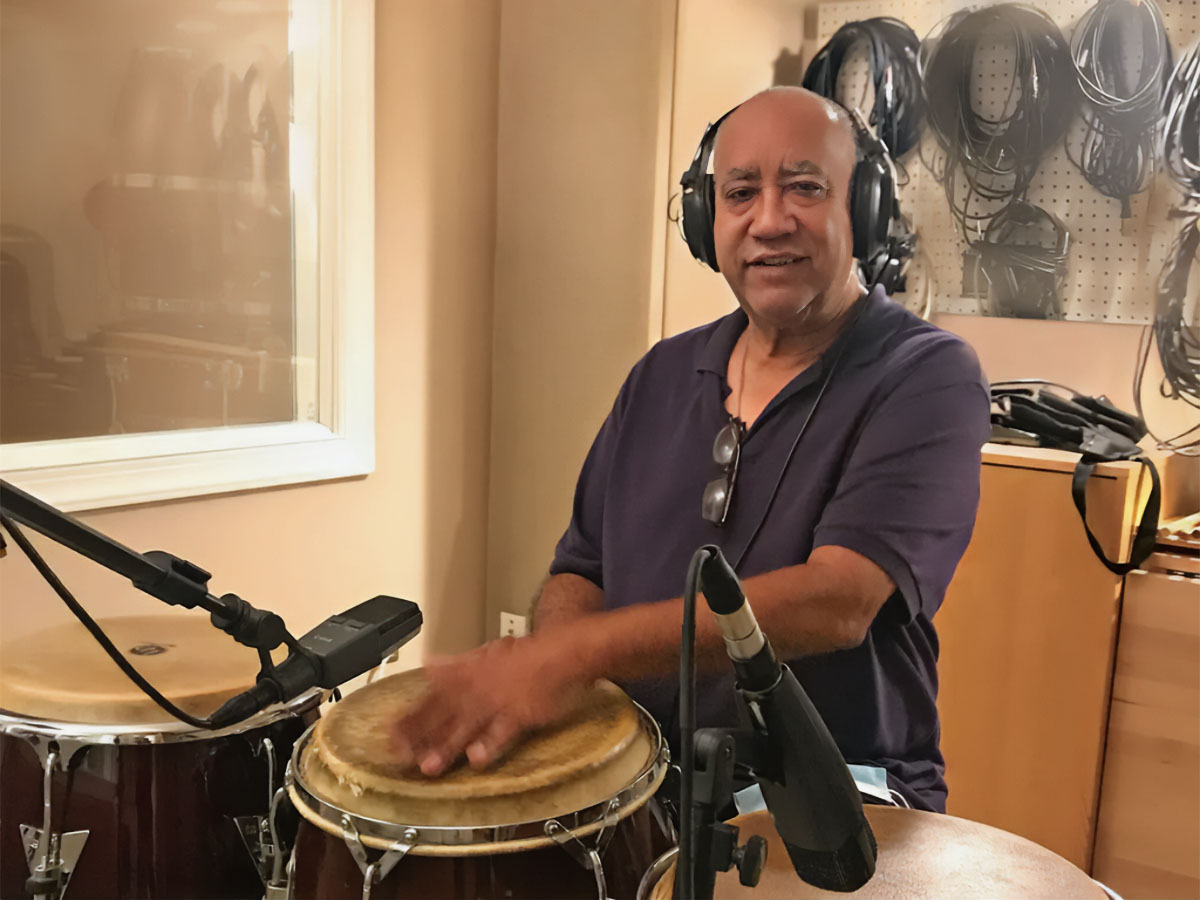 PAZCUAL VILLARONGA was born and raised in Spanish Harlem, New York. He attended Haaren High School and New York City Community College and graduated from Hunter College, earning a degree in Communications and a Master’s Degree in Bilingual Education.

Known as the “Drum Poet,” Pazcual recites poetry while accompanying himself on the congas (often joined by other musicians), creating an innovative fusion of poetry and discussion that takes his verses to a new level.

His published works include the highly successful “Caracol” (Poems For The Children), “By The Music Inspired,” “Poet,” “Fire From Hell,” “Compendium,” and “Stereotypes and Cycles.” His most recent collection of poems and CD is titled “On Whatever Day Saturday Happens To Fall.” Pazcual’s work has also appeared in “Around the Mulberry Bush – An Anthology,” “Windfall – An Anthology,” and “Fahari.”

Now retired after over three decades of teaching, Pazcual is preparing several collections of poetry and a children’s book and performs with The Lehman College Latin Jazz Ensemble, directed by Victor Rendón.

TOMÁS PEÑA: Welcome, Pazcual! Tell me about the project.

PAZCUAL VILLARONGA:  “On Whatever Day Saturday Happens to Fall” is my salute to the musicians and their creative souls. Also, to the percussive rhythms and melodies, they share with us each and every time they perform. Also, it is my way of sharing with the world, through poetry, how they inspire me and the power and beauty of their musical creations.

TP: Thank you for sharing an advance copy of the book and CD with me and for taking me on a fascinating bilingual literary and aural journey. Before we delve into the project, I’m curious to know what drew you to poetry and the spoken word.

PV: Growing up, I was shy and introverted. Poetry was my way of expressing myself. When I was in high school, my friend Jose showed my writings to a teacher (Dr. Richstone) and the teacher replied, “There are better things you could do with your time.” Undaunted, my friend showed my writings to another teacher (Mary Lamboss), and she said, “You are the Poet Laureate of Harren High School!” Later, I formed the “Drum Poets” and began reciting poetry with percussion and music.

TP: How did the project come about, and why did you choose this title?

PV: It began with Víctor Rendón’s “Fiesta Percusiva” (2008), where I recited the poems “Soy Chicano” and “In the Pocket.” Shortly after, Victor appeared on José “Joe” Massó’s “Con Salsa!,” who played selections from the album on the air. He encouraged me to “make more music like this.” Shortly after, Víctor asked if I was interested in pursuing the project, and I immediately said, “Yes!” Victor Rendón agreed to produce the record with the following conditions: Trust him implicitly and don’t breathe a word about it to anyone until the project is completed. The rest is history!

PV: My mother was concerned about my dad, who drank excessively and played pool at a local social club. She asked me to check on him and bring him home. When I arrived, my father was intoxicated and staggering. Shortly after, a neighborhood hustler and “aprovechao” (exploiter) named Chano challenged my father to a game of pool. My father immediately asked me, “How much money do you have?” And demanded I give it to him. Then, miraculously, he took a breath and straightened up. After that, it was “right pocket, left pocket!” Long story short, my father and I left the social club fifty dollars richer! When Victor and I arranged the tune, he had just acquired a set of “timbalitos” (9-1/4 and 10-and 1/4 timbales), which have a very distinct sound. If you listen closely, you will hear Victor mimic the sound of the cue ball striking the billiards.

TP: Your words conjure up images. I felt like a fly on the wall! I also enjoyed the poem, “El Chembito,” where percussionist Wilson “Chembo” Corniel masterfully accompanies you.

PV: The poem was born while listening to Chembo’s solo on the tune “Lagos” which appears on Victor Rendon & the Bronx Conexion Latin Jazz Big Band’s “True Flight” (2016). I realized that in Chembo’s hands and in the hands of the masters, you feel and hear the connections between past and present and are privy to a glimpse of the future. Chembo has a way of taking you along for the ride as he time travels between rhythms, feelings, and emotions! His hands never falter, and his ideas are always fresh!

TP: The poem, “I Saw You (Tribute 4 Miles)” talks about a unique experience you shared with trumpeter José Luis Armengot onstage.

PV: Yes, Jose was standing to my right, and he was soloing on the tune “Fragile.” I turned to Jose; he was wearing dark glasses and leaning back like Miles used to, and I saw Miles! At the time, I was not aware that Jose idolized Miles. Later, I read the poem to Jose and I said, “You are Miles!”

TP: Tell me about the poem, “In the Pocket.”

PV: The poem is inspired by Omar Castaños, who said, “Some musicians express themselves and don’t say a lot. But every once in a while, you will find an artist who sits in the pocket, and everything is pushed away. I saw it happen when the masterful Luis Bauzo took a solo at “Gonzalez y Gonzalez” (NYC) in front of a packed house and stopped the room. The poem was born at that moment!

TP: The poems mentioned earlier are examples of what listeners and readers can expect. There is much more to savor! The CD and book will be released on December 1, 2022. Is there a CD Release Party or a live performance in the works?

PV: We have yet to set a specific date, but, yes, it is in the works.

TP: “On Whatever Day Saturday Happens to Fall” will be available at: http://amazon.com via https://cdbaby.com, and all the major digital streaming, and download sites (iTunes, Spotify, etc.). Also, readers can listen to and download the CD on Pazcual Villaronga’s Website: http://conceptovillapaz.com.

PV: If I have touched you with one word, phrase, or poem, I have done my job as a poet!

TP: Indeed, you have! “On Whatever Day Saturday Happens to Fall” recalls the writings of the Nuyorican poet and playwright Pedro Pietri, playwright Tato Laviera, activist, journalist, media personality Felipe Luciano, and Latina poet Sandra Maria Estevez, among others. Rarely has the spoken word, Afro-Caribbean and Afro-Puerto Rican rhythms, and Latin Jazz come together as organically and beautifully as it does on this exciting and innovative project. Highly recommended!