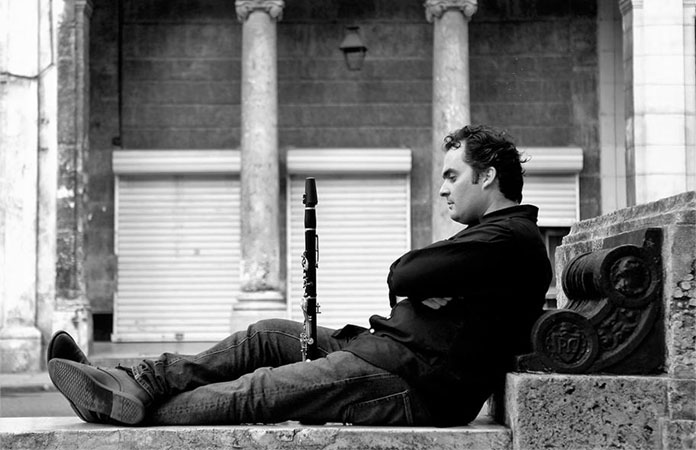 Clarinetist, Saxophonist, Composer, Bandleader Ernesto Vega is a graduate of the Higher Institute of Art in Havana, Cuba. He also attended The José M. Ochoa Music Conservatory in Holguin, Cuba.

At the age of 17  Down Beat magazine mentioned his interpretative style on the clarinet, which recalled the legend of this instrument Artie Shaw. This article of Ernesto Vega in Down Beat happened at the Jazz Plaza Festival in Havana, 1998 where he performed with pianist Frank Emilio Flynn, a myth of Latin Jazz in Cuba. At the same festival he also perfomed with Cuban figures such as Chucho Valdés, Bobby Carcassés, Roy Hargrove and Ernán López Nussa.

Ernesto Vega’s first international performance was in 2003 when the multitalented Chilean musician Carlos Masa invited him to participate in two CDs for Label Bleu, (Amiens, France): Chocala and Salvedad. At that time they were also performing their music in Europe at the Lausanne Jazz Festival (Switzerland) and Amiens Jazz Festival (France). On the same year Ernesto also won the First Award at the international jazz competition Jojazz, celebrated every year in Havana, Cuba. In 2004, he became a member of the Oriental Quartet along with the Cuban Jazz Pianist Alejandro Vargas. As a member of this project he played in several international festivals such: Quito Jazz Festival (Ecuador) and Mercado Cultural (Cultural Market) in São Paolo and Bahia (Brazil). The first recording of the Oriental Quartet came out under the name of Trapiche in 2008. This record won the Cubadisco Award. Later, Ernesto was collaborating in more than 30 discographic productions, becoming one of the most important young figures of clarinet in Cuba. 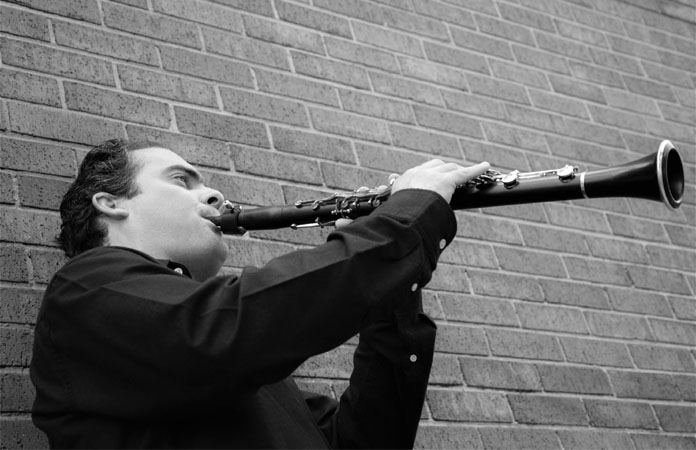 In 2009, Mr Vega recorded his first solo CD Venir al Mundo (Coming Into the World) both as a composer and performer. This project won the Cubadisco Award as the best jazz recording of the year. By the same period the Cuban Bassist Jorge Reyes invited Ernesto to be part of the Cuban All Star band, project that was accompanying the famous Colombian singer Yuri Buenaventura for a world tour including  the prestigious North Sea Jazz Festival (Netherlands), Jazz in Marciac (France), Django Reinhardt Jazz Festival (Paris, France), Creole Jazz Festival (Cabo Verde, Africa), Cayenne Jazz Festival (Guyane, France). In 2010 Ernesto played with the Lincoln Center Jazz Orchestra with Wynton Marsalis when they performed in Havana. In 2012 Ernesto Vega and the talented Cuban pianist Harold López Nussa recorded the DVD “DUO”, a live concert recorded and filmed at the Basilica Menor del Convento San Francisco de Asis. This performance was nominated for a Cubadisco 2015 Award in the Audiovisual Concert and Live Recording categories.

Ernesto is currently based in Houston, TX and his latest project is Tradition and Beyond, in which he pays homage to individuals and settings that have provided him with purposed art making. “To pay respect to our traditions and heroes without replicating and mimicking is difficult. At no point in the recording does Ernesto or his marvelous musicians lose their modernity and identity, but you can hear the love and respect for the journey that has brought them thus far. These musicians are all acknowledged masters in Cuba and throughout the world. Each one a leader in their own right. Like Ernesto they share virtuosity, style, and most importantly soul and generosity. This is a recording made by a fraternity of master music makers, led by a gentle and giving leader who doesn’t grab the spotlight but shares his platform lovingly and graciously.”