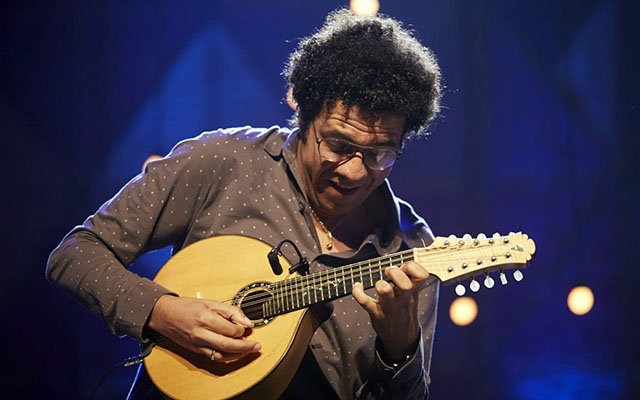 With a mandolin player such as Hamilton de Holanda doing such wondrous things with Pixinguinha, you might be forgiven for thinking that the guitar is in danger of losing its place as the crossover plucked instrument in the popular and classical realm as well. Well, maybe not yet. But Hamilton de Holanda’s follow-up to Caprichos (Adventure Music, 2014) his superb recording of Pixinguinha’s pieces, World Of Pixinguinha only confirms what we already knew: that here is a musician who recognises no boundaries except those of good taste, and who has artistry to persuade listeners to follow him anywhere. 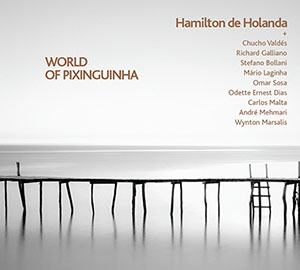 This time, joined by a stellar line-up of soloists (including the formidable pianists Chucho Valdés, Stefano Bollani, Mário Laginha, Omar Sosa and André Mehmari; accordionist Richard Galliano, flutist Odette Ernest Dias, tenor saxophonist Carlos Malta and the great trumpeter Wynton Marsalis, Hamilton de Holanda explores the world of Pixinguinha, as seen through the lens of “classic” musicians, an exploration to which both Hamilton de Holanda and the mandolin are ideally suited. Not only that but the different textures afforded by different configurations and sensibilities – ranging from the pianos of different players, the reeds and woodwinds and trumpet, various combinations of timbres – bring out the distinctive flavours of the composer and the folk tradition he’s drawing on.

This is true in an aesthetic sense of splendid, melismatic and heartfelt melodies swathed in diaphanous harmonies and lavish polyrhythms, involving the soft and the dark song, the rhapsodic and joyous and iconic choro, “Um a Zero” whose tricky rhythms are hypnotically negotiated by Hamilton de Holanda and the legendary trumpeter Wynton Marsalis, and the gorgeous setting of “Seu Lourenço no Vinho” by Stefano Bollani and the awe-inspiring “Carinhoso” with Odette Ernest Dias on flute and Carlos Malta on tenor saxophone with which the recording ends. And through it all, again, is Hamilton de Holanda’s mandolin, not just singing, but laughing and crying in equal measure.

Virtuosic, brilliant and unique – those are some of the adjectives used to describe this musician who sets world audiences ablaze, developing a career studded with awards. Hamilton de Holanda uses the past 14 years establishing a technique reinventing the 10 string Mandolin. He composed 24 Caprices for mandolin and disentangled this emblematic Brazilian instrument from the legacy of some of its influences and styles, to make it a global instrument. In the US, the press soon dubbed him the “Jimi Hendrix of bandolim”. Read more…