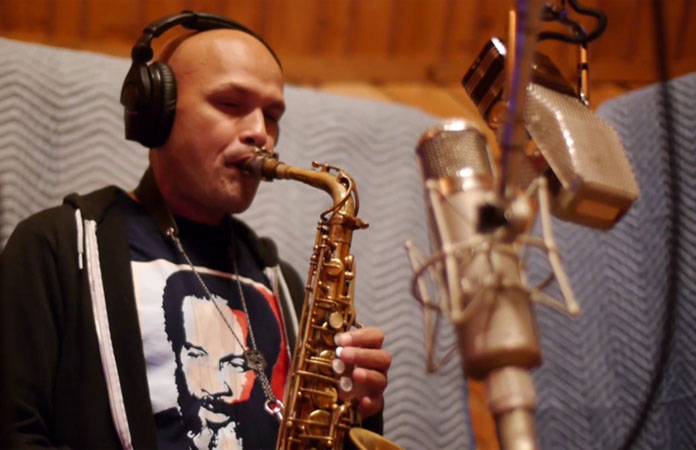 Although Miguel Zenón gave notice of his masterful musicianship long before his first recording, he really rose to eminence around 2005 when he released the first part of what would become his Puerto Rican trilogy. That recording was Jíbaro (Marsalis Music), sensuously evocative of the music of the “Criollos”. This was followed by Esta Plena (Marsalis Music, 2009), which took a detour through the sonic cultures of Ponce and Mayagüez. The trilogy was crowned with Alma Adentro (Marsalis Music, 2011), a rapturous journey through the Jazz-inflected music of the island nation. With these three recordings Mr Zenón declared his intention to deepen his pursuit of his roots, fulfilling the promise through several subsequent recordings.

Yet somehow, with Sonero and his declared intention to pay homage to the cultural icon Ismael Rivera, every star in Mr Zenón’s musical constellation seem to have come into perfect alignment for one reason and one reason alone. This is what has come to pass: in playing this repertoire Mr Zenón seems to have reincarnated himself in the quintessence of his horn and he appears to have poured his very soul into the alto saxophone, emerging from its bell embodied in the voice of the sonero, the very one whom he has set out to celebrate. Or put another way: Mr Zenón has blurred the line between his instrument and the human voice to such an extent that his lines are no more played, but instead they are sung by him on the horn. The result is music that is dazzlingly secure and fearlessly focused through a consistency of intensity and firmness of tone, one that dispatches each song towards a mixture of dance and soliloquy with svelte elegance, completely becoming of the idol – Ismael Rivera – whom he sets out to celebrate.

The disc of Ismael Rivera’s music is at once intimate and visionary even as it takes on the impossible task of celebrating a hero whose music book is so vast and varied. Yet the eleven tunes beginning on a surreal note with the voice of Mr Rivera himself, singing an a capella version of Jorge Ben’s “Ding Ding Dong Dong” and is quickly followed up with the first glimpse of Mr Zenón’s “horn-vocalastics” that seemingly bring the maestro’s music back to life – magnificently aided and abetted by pianist Luis Perdomo, drummer Henry Cole and – especially – bassist Hans Glawischnig whose moaning, growling bass creates a dark, period atmosphere that swathes the music in a kind of diaphanous aura that appears to turn back the proverbial clock to the appropriate and time of Mr Rivera.

But make no mistake, as much as this is a celebration of the great sonero, this is Mr Zenón’s music. His playing is sensitive and polished throughout, and he draws sumptuous velvet sounds from the horn. His version of “El Negro Bembón”, for instance is exquisitely accented, perfectly describing its melody and conveying an architectural sense of line. Just a bit earlier, on “Las Tumbas” the ensemble presents music with a tremendous sense of space, colour and character – and Mr Perdomo plays a large part in this – as Mr Zenón draws from his intimate knowledge and mastery of both his instrument and the depth of his grasp of the Afro-Caribbean cultural topography of both the music of Mr Rivera as well as that of Puerto Rico. There is not a moment when one feels the absence of a voice because Mr Zenón achieves something unique in delivering these melodies as if by “singing” them as Ismael Rivera might, except that Mr Zenón does so by means of his magical “horn-vocalastics”.