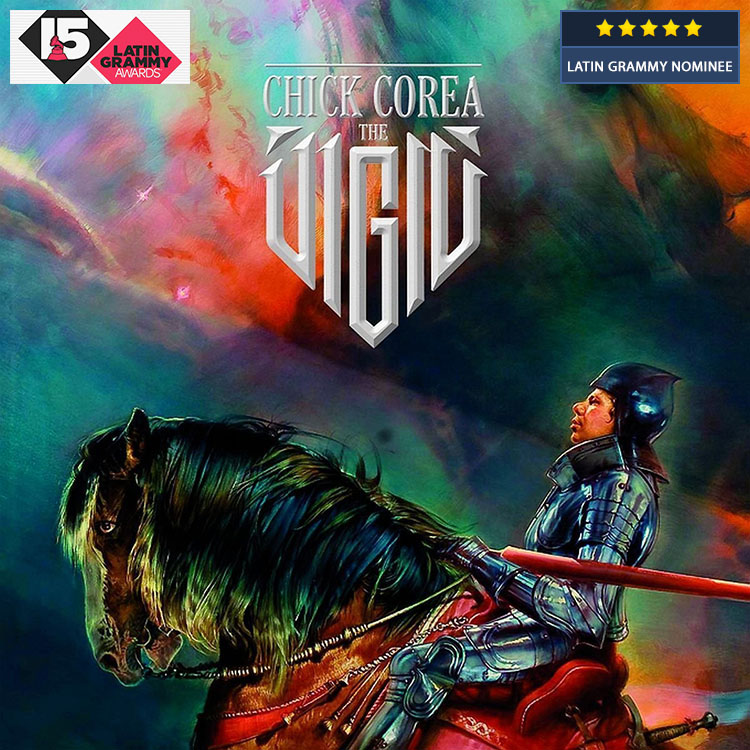 Chick Corea is a musical chameleon. Even before playing with Miles Davis he began to experiment with a myriad of idioms—including Spanish and other Latin ones—fusing them into his music, which rose to great heights after his sojourn with Miles Davis. Although he has a vast and varied repertoire on his own and with his fabled band, Return to Forever, and is known for his seminal work with Miles Davis, Mr. Corea has, over the past five decades, amassed a diverse catalogue of collaborations with such musicians as Herbie Hancock, Anthony Braxton, Hubert Laws, Herbie Mann, Chaka Khan, Stan Getz, Stanley Clarke and Gary Burton among other luminaries. A detailed recitation of his catalogue might require much more than this review is appropriate for. Suffice it to say that Mr. Corea’s work has been critically acclaimed no matter where his music came from or is headed and he has been celebrated wherever and whenever his music came out on LP and on CD. 2013 was no exception, when he released what has come to be recognised as some of his best work in decades, on the CD The Vigil. This is a record of epic proportions, in the all-encompassing scope of the music thematically as well as in the breathtaking motifs and melismas that inform the individual songs.

The magic of many great musicians has waned as the fingers got older and even though the soul is always alive and eternally hovering by the body’s side. A certain hollowness also creeps into the late-late work of musicians as the memory of ideas begins to fade. But fortunately Chick Corea remains flushed with ideas, unbridled genius and his guardian soul is like a flibbertigibbet and a willow-the-wisp and remains as charismatic and enigmatic as ever. This is reflected in his pianism, which is informed by great technical brilliance and this is matched by a sweeping romanticism, which in turn is propelled by deeply held emotions. This is translated into magnificent dynamics in his work on the piano as well as on the two electronic instruments that he plays here. How he is able to extract emotion from electronics is sometimes quite beyond belief. The Vigil is a loosely strung suite that suggests truly outward-looking music. But it is more than a mere lexicon version of the word. The music has galactic notions but these are related to the music that Mr. Corea “describes” as ancient, stretching back aeons into the misty eras of history when music was communication, much more so than today, passed down the ages from musician to musician until the present era. The clever use of congas (by Pernell Saturnino) and the thunderous roar of drums played throughout by Marcus Gilmore suggest this along with the glorious rumble of Hadrien Feraud’s elliptical bass.

However, it is the celestial keyboards and the majestic grand piano of Chick Corea. The pianist is at the top of his game and displays further attributes as a marvelous tonal colourist and ardent Romantic. His sound world is soft and alluring—abetted by a superb recording—neither too intrusively close nor resonantly distant. He produces a fresh and silvery quality that yet has a lyrical warmth. The beauty with which this is echoed on “Portals to Forever” is particularly fine and will linger in the mind’s ear forever. These and other songs are the swinging-est on this recording. But Mr. Corea also makes a persuasive case for the slow and mesmerising movements as in “Royalty,” a piece played at a lilting pace and with a swelling sequence towards the end. This is a tribute to the great drummer Roy Haynes, whose grandson is sitting in the drum chair of this most recent incarnation of Mr. Corea’s ensemble. “Pledge for Peace” and “Legacy” are the final sections of this masterpiece and it is here, as throughout the recording, in which the natural genius of Chick Corea is at its clearest as is the bold streak in his compositions that sets him apart from the rest of the composers and pianists playing today.

Since embarking on a solo career in 1966, Chick has been at the forefront of jazz, both as a renowned pianist forging new ground with his acoustic jazz bands and as an innovative electric keyboardist with Return to Forever, the Elektric Band, and now the electro/acoustic Vigil. His extensive discography boasts numerous albums, beginning with his 1968 classic, Now He Sings, Now He Sobs. Read more…