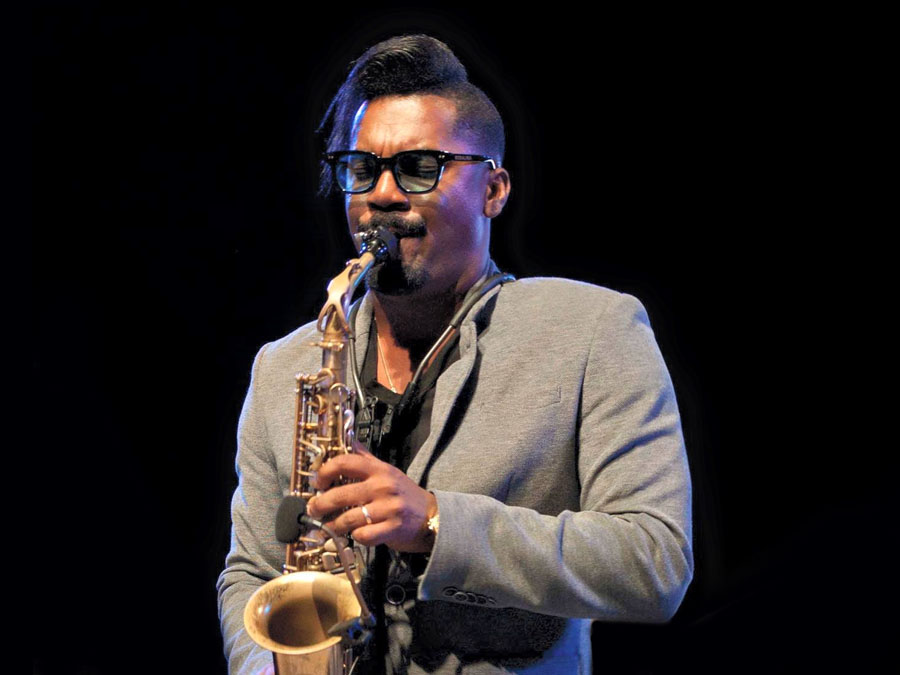 In a country like Cuba – where music education programmes have tended to be designed for the 19th century, and where the European-style conservatoire has reigned supreme – the focus would naturally tend towards orchestral instruments such as the piano, violin, cello and others. Despite the fact that traditions have always been vibrantly alive and that ancestral storytelling, music and dance forms have thrived and have been syncretized into both spiritual and secular music, even young Cubans seem to graduate towards either European, concert-style instruments, or traditional ones such as the tumbadora and other percussion instruments. With the spread of US neo-colonialisation in South America and the advent of the radio, a fiery torch was lit – one that illuminated the Black-American called jazz. Dizzy Gillespie and Charlie Parker brought with them not only Bebop, but a rhythmic invention that seemed to combust with a nuclear energy similar to that of clave and tumbao.

But even as fascination with the trumpet and other brass instruments such as the trombone grew, somehow the saxophone didn’t quite take off. As a result the current tribe of Cuban saxophonists is a very small one. After Paquito D’Rivera took his alto horn north with him, and after Carlos Averhoff, Irving Acao and others receded from the Cuban jazz scene, and Yosvany Terry Cabrera moved to the US, it was left to saxophone masters such as Javier Zalba – together with the other members of the Zsaxos Quartet, Yunier Lombida, Leonardo Jiménez, Aliet González, and César López – together with the other members of the Cuban Sax Quintet, Yamil Scherry, German Velázco, Alfred Thompson, Evaristo Denis – and Carlos Miyares, to keep the home fires burning. That certainly helped Michel Herrera, the brilliant young saxophone player who – already fired up by the music of Wayne Shorter and other jazz saxophonists who came after – create a tidal wave of new Afro-Cuban jazz in Cuba. Mr Herrera sculpts bold architectural inventions in his often electronics-laced performances which fly in the face of convention while still being firmly rooted in – or returning to clave-roots after long, inter-galactic musical sojourns with the like-minded members of his Tierra Madre Project.

This album, Nueva Era – a CD and DVD – features all of his sonic adventures with a steaming-hot mix of original work, traditional music and even a few jazz classics and standards from the American Songbook. In everything he does – in the studio and on stage – Mr Herrera comes across as a musician charged with a kind of restless and visceral energy. This overflows into his music, which hums – and often roars – like a mighty sonic machine on the verge of being propelled into interstellar space. He powers his saxophone with lungs-full of air, breathed out in super-charged hot breaths through a reed that must surely feel the heat of his searing melodic and harmonic excursions. Joined [on the CD] by trumpeter Mayquel González who is [like-mindedly] also forward-thinking, and [on the DVD] by Thommy Lowry García, who is a lot mellower and plays with a wide and wickedly swaggering swing, Mr Herrera powers his way through two hours of music.

The CD features magically performed repertoire by Mr Herrera and his ensembles [in various combinations]. Beautifully crafted arrangements of beguiling variety and sensuousness unfold in every steamy hot, caressed phrase. His chosen material is a judicious mix of originals with some unexpected re-inventions of classic Latin-American music: an electrifying take on Consuelo Velázquez’s “Bésame mucho”, a mesmerising version sustained by its spacey harmonies and rhythms, a refreshing take on Emiliano Salvador’s “Post Vision” and an unexpectedly fresh arrangement of Thelonious Monk’s “Round Midnight” featuring the seductive voice of Yanet Valdés among others. The disc ends with a racy arrangement of Wayne Shorter’s “Witch Hunt”.

The DVD is no less powerful. It gathers music from a live performance in Havana from 2018. Beautifully photographed in shadowy black and white, with smoky shadows thrown in high relief by dramatic lighting, the mood of the music is thus suitably enhanced. A small cast of stellar guests includes several musicians of the saxophonist’s generation. The pinnacle of the concert is the memorable duet with the inimitable pianist Ernán López–Nussa, who joins Mr Herrera on “All the Things You Are”. Other celebrated young musicians include guitarist Héctor Quintana and trombonist Eduardo Sandoval. The dazzling concert seems to conclude all too soon, though not before the dusky-voiced Idania Valdés joins Mr Herrera in a sumptuous “Interludio” soars to a climactic ending with the entire force of Mr Herrera’s Tierra Madre ensemble in attendance.