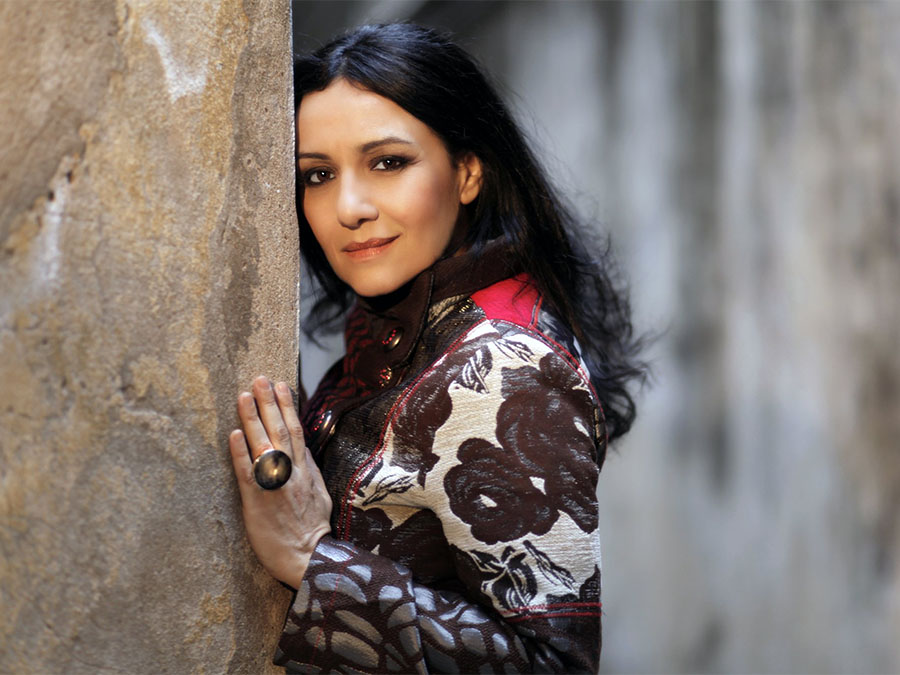 When Roxana Amed released her debut album Ontology, it was clear that a musician of prodigious gifts had been hiding in plain sight and that album was proof that it was time to emerge from the proverbial shadows into the limelight. However, no one could predict just how far – stratospherically-speaking – her star would ascend. Not until… Unánime… And this is just her sophomore release.

What makes the release of Unánime so special is that the music seems to explode from the nuclear corona of the sun, with melodies, harmonies and rhythms – indeed, at times with notes and her vocalastics, streaming like white-hot ionised plumes, fly off the page of and into the rarefied realm at heavensgate.

Miss Amed is on a mission, it would seem, to shatter the myth that any music that involves improvisation and comes from anywhere south of the United States be called “Latin-Jazz”. She addresses “musically” – and in the grand manner – the profound ignorance of the English-speaking world when it comes to understanding the nuanced world of South America.

She does not have to try too hard [to break the myth] because her music speaks to her as with a singularity that can only come from inhabiting a complex cultural topography that stretches from the Middle East to the entire sweep of the southern part of the American continent. Listening to Miss Amed sing is like entering a complex inner world where all of this music speaks to her the secret of her very soul.

This is how the Peruvian landó [“A Veces No, Siempre” featuring the young and exceptionally brilliant Tony Succar] can nestle cheek-by-jowl with a Cuban contradanza [“Los Tres Golpes” featuring Chucho Valdés] or a very inspired duet [“Duo Concertante – Primer Movimiento” with Colombian pianist Julio Reyes Copello]. The glue that holds all of this together the dusky contralto with which Miss Amed swoops down and soars upwards in song after song. It bears mention that no album could have had such a brazenly innovative beginning.

This one is propelled out of the gate with a brilliant interpretation of “Flamenco Sketches” – that iconic instrumental by Miles Davis which heralded one of the great partnerships in music [between Mr Davis and the great Canadian Gil Evans]. Miss Amed’s ingenious version is arranged by Kendall Moore.

What is so unique about this interpretation is that it takes the sound of Mr Davis’ trumpet sound squeezed out of his lips, dripping with emotion and sardonicism and turns it into a musical frieze using the darkest edges of Miss Amed’s iconic contralto. And it is made to play magnificently off the glimmering brightness of the flamenco guitar of the great Niño Josele.

From such a beginning does all the rest of the music of this brilliant album follows. Of course the album swirls in the constellations of superstars who guest from time to time but I would be remiss if I did not highlight the fact that none of this music could have sounded as memorable as it does were it not for pianist Martin Bejerano. Although the pianist is not listed as “music director” or bestowed with any such fanciful title [which he may all-too-justifiably deserve], his musicianship [not simply his pianism] is all over this very special album.