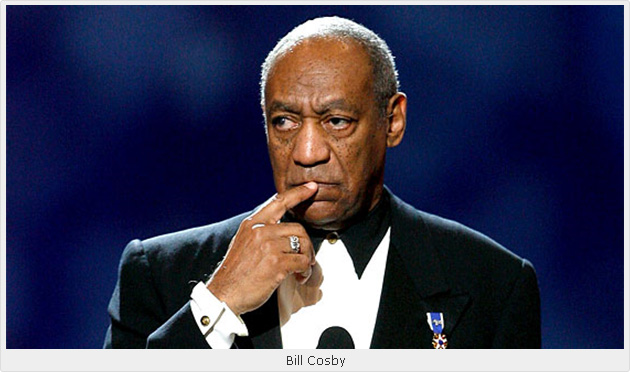 Cosby, a famed actor, entrepreneur and M.C. for the Playboy Jazz Festival, issued a statement for today’s Press Conference of the Los Angeles ‘Grammy Watch‘ group of a national coalition of musicians and supporters calling on NARAS President Neil Portnow and the NARAS Board of Trustees to reinstate all the Grammy Award categories cut by the Recording Academy.

In his statement, Cosby questions NARAS drive to cut diverse music categories, ”Have they played themselves out? So now you have 78 and the year after maybe 33?” Hinting at financial motivations, he continues: “Perhaps you could make the statues smaller? Wouldn’t they be cheaper?”

Grammy-winning producer John Carter Cash, son of legendary duo Johnny Cash and June Carter, also issued a statement in support of recognition for musical diversity: ”I personally would like to see each unique music get its own category. Where is the great Caribbean art form of Calypso? Lost in Reggae?” Cash goes on to observe and ask: “One of the greatest American musical styles is Western Swing, just as important and as advanced as the properly respected genre of Jazz. Western Swing, though akin to country in many ways, is most certainly its own style. But where is it to be found in category?”

World musician and producer Gaston Rene, resounded his own concerns of NARAS’ decision to eliminate recognition of distinct musical categories. ”I am deeply disappointed by the 31 cuts which include the World Music category, it feels to me that by making such cuts, NARAS is attempting to homogenize, segregate and stagnate the potential of growth through cultural diversity.” Rene offered this appeal to NARAS President Pornow: ”We must realize that by not promoting the music of many cultures we are going backwards in the process of inclusion, therefore making us more isolationists as a nation.

Three-time Native Grammy winner Bill “Birdsong” Miller, who travelled from Oklahoma for the press conference expressed disappointment of the elimination of the Native Grammy Award, which was only recently introduced, but suddenly collapsed into other categories. ”Zydeco, Cajun, Hawaiian and Native American music have their own unique function, beauty and spirit, and they cannot be compared with one another. It would be like combining hard rock, bluegrass, and classical. They are apples and oranges.”

Illustrating parallels to the forced abandonment of Native culture imposed by early colonial settlers, Miller goes on to state: ” I believe in the power and beauty of my heritage and category as much as I believe in building bridges and reconciling through the gift of music. All of the lost categories in the Grammys have this in common. We are gifted. Gifted in spirit, music and soul. I hope that this door remains open for not only Native Americans, but all of the diverse musicians that will come in the generations after us.”

In closing, Latin Jazz musician and Los Angeles “Grammy Watch” representative Bobby Matos stated, “This unjustifiable, artistically and culturally-insensitive decision by NARAS needs to be reversed immediately. We will continue to work locally, nationally and internationally to have these 31 GRAMMY categories reinstated, and to ensure diversity of music at the awards show.”