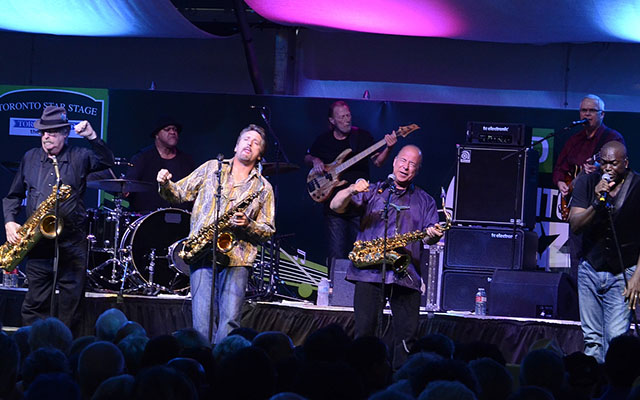 Across the city more than 40 restaurants, bars and clubs presented live music during the festival, keeping alive the vibrant jazz scene in Toronto. One of the highlights of this year’s festival was no doubt the concert  for Oscar Peterson 90th Birthday Celebration, with The Oscar Peterson Quartet: Alvin Queen and Ulf Wakenius, featuring Robi Botos and special guest Christian McBride.

The festival organizers will soon get started with the preparations for next year, which will celebrate a very important achievement: the 30th Anniversary of the Toronto Jazz Festival. We expect a great lineup and many surprises in 2016 for this big event.

Photographs by Atael Weissman (click on photos to enlarge)