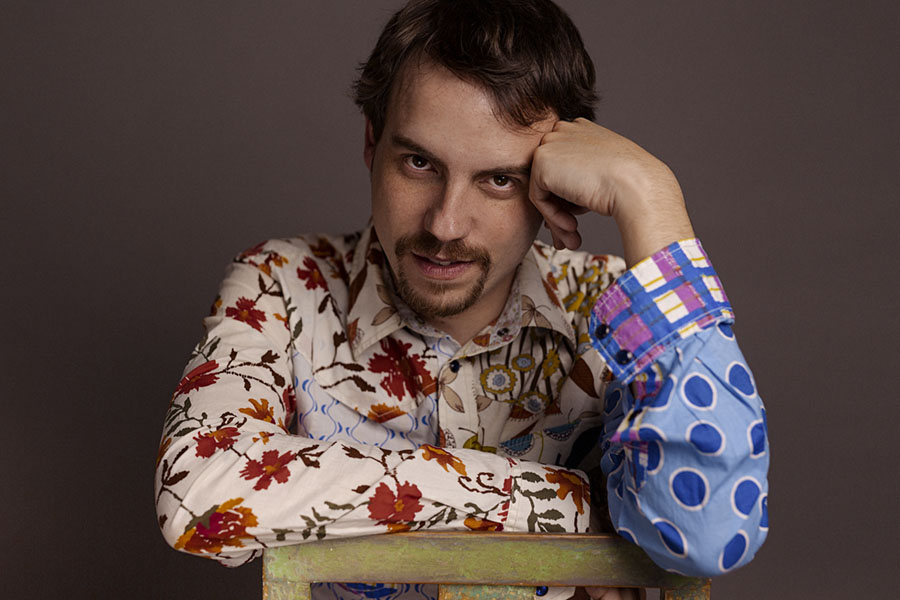 “Flamenco and jazz are brothers,” says pianist Daniel García, one of the most exciting voices of the new generation of Spanish jazz. “They have some essential things in common: self-expression, a total engagement at the instant of making music, plus the deep experience of the moment”. That is how he sums up what “Travesuras” is all about: García has delved deeply into the music of his homeland and has combined influences from it with the vocabulary of the modern jazz piano trio. What emerges is music which is expressive, stands on its own terms, and in which rhythmic intensity is allied with melodic richness, harmonic finesse and exceptional virtuosity.

His musical interaction with long-time band-mates bassist Reinier Elizarde “el Negrón” and drummer Michael Olivera takes place at the highest level: “When we play, we try to concentrate on ‘intensive listening’ to the music we are making. We constantly exchange information and react to it. It’s as if we are making a sculpture in real time, a very intense experience, and we think it is possible to let the audience in on that intensity. On two of the tracks, Spanish flautist Jorge Pardo complements the trio. Pardo is a veteran of flamenco jazz who has played with Spanish musical legends such as Paco de Lucía and Camarón de la Isla, as well as Gerardo Núñez and Chano Domínguez.

Daniel García Diego was born in Salamanca in 1983. As a student at Berklee College of Music in Boston he was taught by Grammy-winning Panamanian jazz pianist Danilo Pérez. Pérez became a mentor for García  and had a decisive influence on his musical development.”Music is about truthfulness and self-knowledge, says García. “Only then can you penetrate deeper into things and find your own artistic expression, and Danilo showed me the way.” García’s success was not long in coming: in 2011 he received the award for the best jazz performance in Berklee. He subsequently played with renowned musicians such as Arturo Sandoval, Greg Osby and Perico Sambeat.

Western classical music also helped to pave García’s way to becoming an artist: before he went to the USA, he studied classical piano at the Castilla y León Conservatory in his native Salamanca, one of the top institutions for advanced music education in Spain: “While jazz is all about the WHAT, classical music focuses on the HOW,” he says “And good technique gives me the freedom to express exactly what I feel”. It’s fascinating to hear how García’s music sparkles and shimmers with the cadenzas, harmonies and timbres of classical music, but will then unexpectedly take a flamenco turn, dissolve into jazz harmonies or flow into a powerful improvisation. A very direct reminiscence of classical music comes in the four versions of “Dream of Mompou”, based on the Musica Callada by Spanish composer Frederic Mompou.

Flamenco, jazz, classical music… and there is yet more to Garcia’s musical substance. He describes himself as an eclectic who has also ventured into rock, electronica, music of the Middle East, Cubanism, and even medieval music and Gregorian chant. “So much has influenced Spanish culture – and also left its mark on me. Pieces like ‘Vengo de moler’ and ‘Travesuras’ reflect this development.”

“Travesuras” is anything but a musical patchwork. Nothing sounds randomly put together here. García  often takes as the starting point for his explorations underlying harmonic-rhythmic structures and melodic phrases which derive from flamenco: there is a soleá in “Dream Of Miles” and a tango in “La Comunidad”. “My goal is to bring original Spanish music into a new context through improvisation and to make all stylistic dividing lines invisible,” he says. And the album’s title is to be understood in that sense. “Travesuras” means pranks, or mischief, and describes the kind of innocent, naïve, unconstrained behaviour that is often observed in children as they discover the world. “It is a lovely metaphor for what I’m trying to do: to look at the music from a naïve angle. Free yourself from expectations, let yourself drift, and just watch out whether or not something new and interesting emerges.”