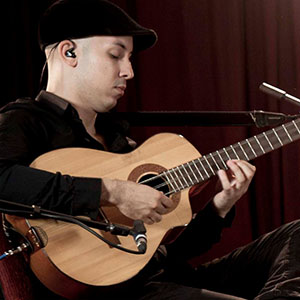 The creative work of Renesito, who was born in Santiago de Cuba, fully exploits the physiognomic possibilities and techniques of the instrument with a brilliant concept of interpretative excellence. His compositions denote a broad conception of the sound of the Cuban Tres, in which he uses expressive resources of Classical music, Jazz and World Music. Its roots lead him to recreate and develop melodies, rhythms, styles and rhythms of the Trova, the Changüí Nengón, the Conga, Rumba and Son Santiago, making a kind of journey through the different playing styles of the eastern country, mixed with the urban concept of Arsenio Rodríguez and Child Rivera.

René Avich Wanton believes that the tres guitar, one of the primeval instruments in Cuban music, must travel around the world, considering that there are places on earth where its unique sound has not enchanted people yet. Through the veins of this young artist flows the melodic cadence coined by Miguel Matamoros, whom he considers one of the greatest musicians of all times. He also admires the technical prowess of Pancho Amat, “a person who is like a father to me, who has contributed to who I am as a human being and as a musician.” Read more at: juventudrebelde.cu