Horace Silver: Song for my Father 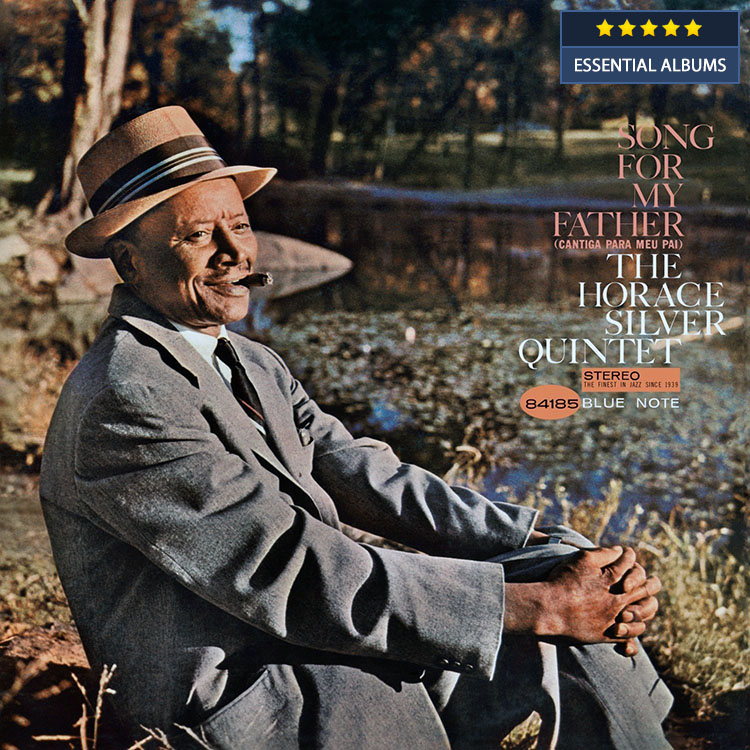 Of all the iconic recordings of the 50’s and 60’s, Horace Silver’s Song for my Father will always be remembered as one of the finest albums ever recorded by the equally iconic team of Alfred Lion of Blue Note and Rudy Van Gelder. There are several reasons for this. First of all, there is the fact that the composition around which the album revolves was unique in its form and substance; it blurred the lines between bebop and so-called funk. Then there was the anecdotal history behind the title of the song—almost mythological today as few remember that the man on the cover of the album is indeed John Tavares Silver, Horace Silver’s father and a musician himself in his native Cape Verde. Finally there is the pain involved in bringing this whole package to fruition not the least because Horace Silver behind that charming smile of his he was one of the most demanding musicians. He was not happy with the rest of the album and joined hands with Mr. Lion in refusing to give his blessings to the album until he was happy with his group. Legend has it that Mr. Silver then disbanded his ensemble and did not work on the album until he had re-assembled a band that he was finally happy with. It must bear mention here that the disbanded outfit included the great Junior Cook on tenor saxophone and Blue Mitchell on trumpet—already heavyweights on their respective instruments. And now Mr. Silver too has gone so there is no one to tell the rest of the story.

The track itself, “Song for my Father” is a classic in many ways. It took the bebop pentagram of flatted fifths and rolled them into what must be recognised as the hip-hop of the day: funk. The word itself did not have very positive connotations in the 50’s being derived from the phrase that something “smelled funky”. But then the idiom of jazz—jazz itself was likened to devil’s music even by righteous elements of the African-American community. Inhabiting an idiom not favoured twice, so to speak, Horace Silver turned his featured tune into something so eminently “hummable” that it was a hit in Alfred Lion’s estimation even before the die was cast and the masters were set in tape. And then it came down to the folks who made the music. Mr. Silver was and is still considered to have one of the definitive voices: he played hard rounded—almost severely so—notes. These he cast in passages that were clipped and staccato, but which rubbed shoulders with mighty glissandos and daring arpeggios. And that was just Mr. Silver’s playing. The young trumpeter Carmell Jones brought a distinctive voice to the chart, burning slowly with white hot notes that flared out of his brazen horn with intimations of Clifford Brown and Fats Navarro. Then there was the dry and full tone of Joe Henderson on tenor saxophone; he was, among other things, fast becoming a name to reckon with and was giving even Sonny Rollins a run for his money. This became the core group that cut all but half the charts on the album. The rest including the brilliant “Lonely Woman” fell upon the older band to do so. That Horace Silver and Alfred Lion were convinced to keep says much about the veracity of the recordings.

Joe Henderson also contributed one of his own iconic tunes, “The Kicker,” to the album. This chart has since become a classic in its own right since those halcyon days of Blue Note. But it will always be the title song, “Song for my Father” that remains not just iconic but also among the most recognisable songs today. All it takes is a few of the opening bars to recognise it and a lifetime to forget this classic.

When Horace Silver once wrote out his rules for musical composition (in the liner notes to the 1968 record, Serenade to a Soul Sister), he expounded on the importance of “meaningful simplicity.” The pianist could have just as easily been describing his own life. For more than fifty years, Silver has simply written some of the most enduring tunes in jazz while performing them in a distinctively personal style. It’s all been straight forward enough, while decades of incredible experiences have provided the meaning. Read more…