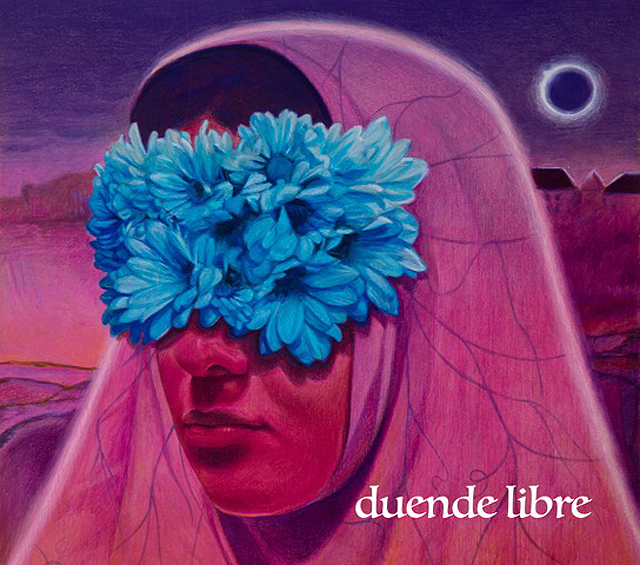 For some years now you could have confined your Latin-Jazz and exploratory Latin-Jazz music CD-buying to Cuban pianists, drummers and percussionists resident in Cuba or expatriate Cuban pianists, drummers and percussionists living in the US or Canada and still found your shelves groaning under the weight of variety, depth and invention. But that is slowly changing. With the traditional worship of that whole “Spanish tinge” and burgeoning influence of the Afro-Cuban idiom has come a growing number of musicians born and bred in The US and Canada (and not of expatriate origin or second and third generation Cubans). Still, a musician of praiseworthy talent is a rare breed. But not so with Alex Chadsey.

Weighing in on Alex Chadsey’s music, however, one is faced with something of a conundrum. For although it draws on the clave which is at the heart of Afro-Cuban music, he does not necessarily live and breathe by it. Admittedly this is the case with many new musicians among whom a certain novitiate stage of their careers may also be at work, but Chadsey is not immature. On the contrary he may be recognised for possessing a rather individualistic and difficult-to-classify personal genre. The closest comparison one might make is to the music that trumpeter Shunzo Ono is forging by melding his Japanese traditions which translate many of the conundrums of Zen into a fusion with the adaptations of those enigmas into, say the inflections brought into Jazz by Wayne Shorter (who draws on transcendent Buddhist thought and meditation).

Applying this analogy to the music of Alex Chadsey one must insist on a proviso: the pianist is playing with clave and tumbao and so does not occupy the same realm of Ono. Still his music is contemplative to a degree, but more in the sense that a dreamy bolero would be. So here, as is customary, roots-in and branches from Jazz often surface, but there is so much else going on. And that is here, on Duende Libre for all to hear. Chadsey skillfully, imaginatively and (by-and-large) subtly mixes elements of electronica, rock, contemporary, rock, contemporary composition and the occasional nod to noise music. And the other members of the trio: bassist Farko Dosumov and drummer Jeff “Bongo” Busch are quick to follow. Behold, for instance, what he does with Frank Emilio Flynn’s “Rio Pescadores” at the beginning of this album and all else will follow.

So although most of the pieces develop from beguiling melodies, what makes them so special is Chadsey’s way with arresting colours and textures. And lest it be thought that he is alone in this listen also to Farko Dosumov’s outstanding bass adventures that fly off the strings at a moment’s notice on “Razzle Dazzle” and “Funkination”. These sonic creations (Chadsey’s) and others on this very interesting debut disc stimulate mental pictures of mysterious narratives evoking a kind of futuristic aesthetic that while always distinctively part the world of Alex Chadsey draws on the beautiful aesthetic of Afro-Cuban music in the first place.