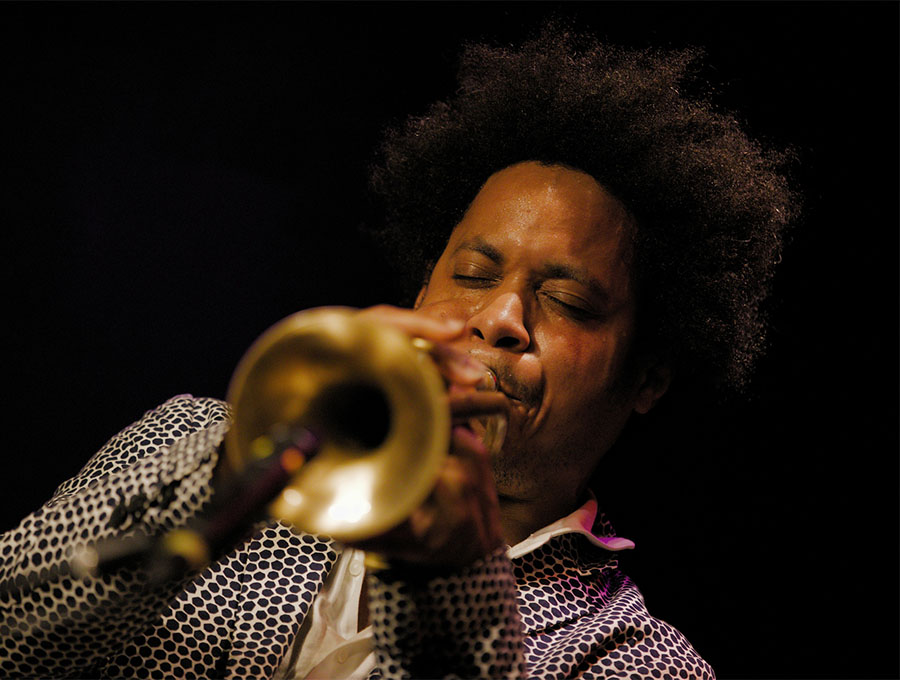 Carlos Sarduy was born on the 9th of March in La Habana, Cuba. He is currently considered one of the most important Cuban trumpet players. At the age of 19, he released his solo album ‘Charly en la Habana’, in which he collaborated with Chucho Valdés, Germán Velazco, Amadito Valdés, Teresa García Caturla y Roberto Carcassés among others famous musicians. This album was nominated to the Cubadisco awards in the Jazz category.

Sarduy plays the trumpet since the age of 4. He started playing with many bands of Afro-Cuban music when he was just a child. When he was 10 years old, he entered the Paulita Concepción Conservatory. After the fifth year of his music degree, he continued his studies in the prestigious music school ‘Amadeo Roldán’. Sarduy won his first award in the jazz competition ‘Jojazz’ at the age of 16. During this period in Cuba, he recorded and shared the stage with Chucho Valdés, Interactivo, Afro Cuban All Stars, David Murray, Changuito, Lennine, Los Van Van and La Orquesta Sinfónica Nacional. When Sarduy was 20 years old, he moved to Europe and became part of the World Music jazz scene playing with Ojos de Brujo, Nitin Sawhney, Esperanza Spalding, Bebo Valdés, Yasmin Levy, Elefteria Arvanitaki, Horacio ‘el Negro’ Hernández, Julio Barreto, Duquende, Mariza, Rosario, Ainoa Arteta, Orishas. Becoming a regular collaborator of the musical producer Javier Limón. He won a GRAMMY Latino in 2008 with the band Ojos de Brujo, and he received a nomination in 2011. In 2010 he participated in Chucho Valdés & Concha Buika’s album ‘El ultimo Trago’, which also won a LATIN GRAMMY AWARD.

You can hear the sound of his trumpet in the soundtrack of ‘Chico y Rita’ by Fernando Trueba, ‘La Piel que Habito’ by Pedro Almodóvar, and ‘Los Hijos de Buenavista’ by German Kral. In 2013 Sarduy combined the work on his tours and recordings with the production of Marinah’s album ‘El Baile de las Horas’.

Carlos Sarduy’s latest solo album, ‘LUZ’, is a work of world jazz in the broader sense of the genre, with an excellent sensibility and musicality. As usual, he is surrounded by great musicians: Aruán Ortiz, Lukmil Pérez, Reinier Elisarde ‘El Negrón’, Regis Molina and Marinah, leader of Ojos de Brujo.

Musical talent and a passionate connection to the music was literally born to Leandro Saint-Hill Montejo. In Camagüey, Cuba, at...
Read more
Promotion