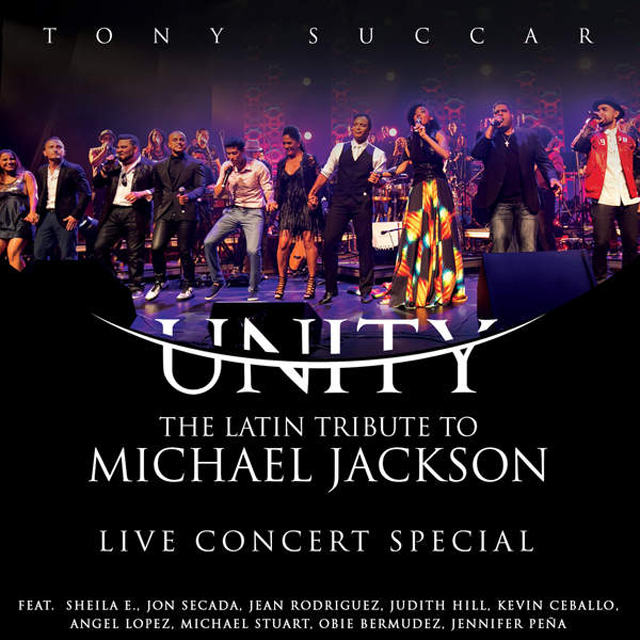 This is the second stage (if you like) of Tony Succar’s monumental tribute to Michael Jackson. Unity – The Latin Tribute to Michael Jackson, Live Concert Special has been packaged as a double CD and a DVD. And so it should be this year when Succar has taken his ambitious musical extravaganza on the road, augmented by a presentation on PBS as well. Sadly, once again, one does not hear even muffled cheers. Succar was similarly ignored at last year’s Latin Grammy’s when conventional wisdom dictated that his project was not ‘Latin-Jazz’ enough; even not Latin-Jazz at all. It is hard not to lean towards conspiracy theories, outrageous as they might seem as one wonders what more Succar needs to do in order to prove his Latin Jazz credentials.

Music, for Tony Succar, is a matter of the heart, pure and simple. He even says so in ‘Unidad’ a rather long explanation of why he undertook to pay tribute to Michael Jackson. Perhaps he did not intend it as a ‘marketing’ imperative, but in any event he should never have had to make a pitch for this music. It is an inspired effort. The large ensemble of featured vocalists are assisted by a magnificent chorus and superb instrumentalists fronted by Tony Succar and they all stand astride an immense stretch of essential American musical literature. The bold and eloquent performances have been recorded in immaculate, near-audiophile sound and make a claim for a generation inspired by Michael Jackson and his heralds, Quincy Jones and Rod Temperton, Seidah Garrett, Steve Porcaro and others. Moreover, even though this record could have been recognised simply for three songs – ‘Billie Jean’, ‘Thriller’ and ‘Black Or White’, there is a lot more to recommend it. 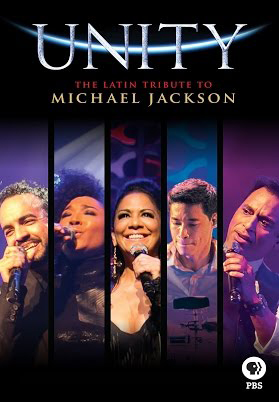 Firstly, Michael Jackson’s music has been completely reconstructed not only with a large ensemble in the grand manner, but also in a completely different style (i.e. Latin Jazz). One need only remember Michael Jackson’s own remarkable recording in Brasil with Olodum, the cultural group, based in the city of São Salvador do Bahia to assume that Jackson might have approved of Tony Succar’s Latin tribute. The music is derivative of some unspeakably gorgeous and rhapsodic fantasy. The music has an infectious glee not simply in the laying down of notes on paper but also in bringing them to life on record and certainly on stage, as the marvellous DVD suggests. And that in itself is a measure of the professionalism and maturity with which Succar has approached this tribute. Needless to say, it could not have been achieved on such a scale were Succar have not made it a collaborative effort, with Succar and the other percussionists providing elegant clave redolent of the best Afro-Latin Jazz you can imagine.

You could, of course, be against the decision to package the DVD separately from the CD on the grounds of wanting to milk the project by selling the two separately. If one did, that would be missing the point of this exercise altogether. The fact is that both aspects of the presentation demand separate packaging. The DVD has been equally well-photographed. Once again the producers have spared no effort not only to bring the beat out of the sound, but also relied on crisp imagery to present what by any accounts is a spectacular live performance. Having spared no effort to capture the music’s rapt beauty Tony Succar must, once again, be commended for musicianship and excellence in production. What more could one ask for? Acknowledgement of Succar’s work by his peers, for once, would be welcome.