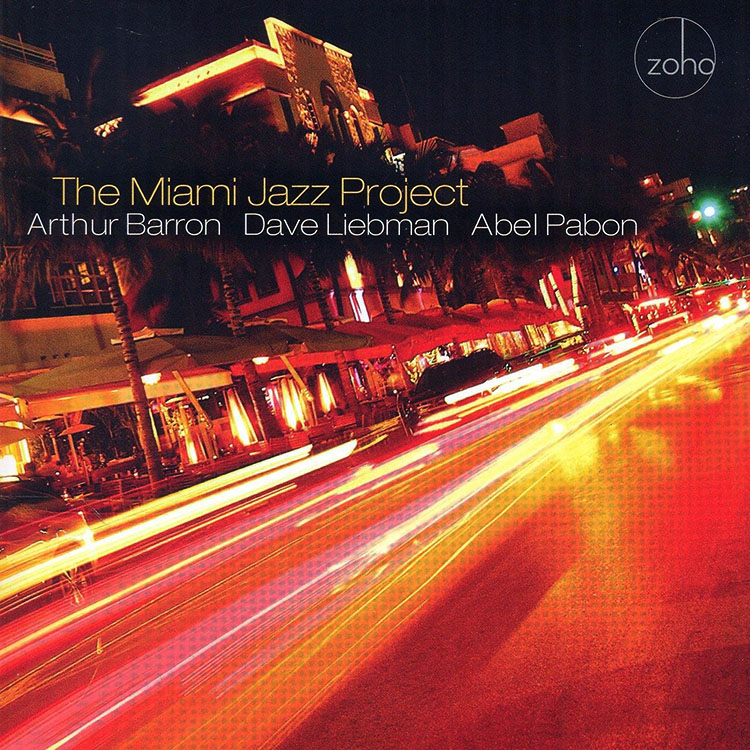 Dave Liebman can convey the often hidden virility of music no matter what wind instrument he is playing. His ability to make this possible on the naturally higher-pitched soprano saxophone is legendary. Mr. Liebman is also a very spiritual player as well as a musician who is an advocate and relentlessly pursues the history of music in his playing. He has descended directly from John Coltrane. His music tells that story and it does so on The Miami Jazz Project even though there are moments when this feels like a tribute to Weather Report than anything else. Yet who knows, this is a route that Mr. Coltrane would have found a way to get to had he lived longer even if it meant eschewing the electronics of Weather Report. After all Wayne Shorter managed to remain connected to the natural sound of saxophones, despite the electronic proclivities of the group. This is a necessary digression as there is an underlying mystical dimension to the music on this recording and it comes from the playing of Dave Liebman although this is a very democratic ensemble in the same manner as Weather Report was at its peak. And it is a tremendous nod towards the essential history of that era of synthesis in music even though there is very little by way of electronics in the recording.

The Miami Jazz Project is also a wonderful way to hear all that is energetic and elastic about the idiom of jazz. Both Mr. Liebman and Arthur Barron ensure that this is so. The two winds players are a potent combination. The manner in which they converse in everything they do is evidence of great intellectuality and the two men are funnels of a slew of ideas. These cover the essence of the music, the history of their respective horns and the spirit of the grand masters that came and went. For instance the spirit of John Coltrane is almost palpable on his wonderful composition “Dahomey Dance.” Although not suggested very often because the chart is not played often, the earthy pulse captures the spirit of Arará rhythms that grew out of the musically-inclined society in Dahomey (now Benin). West African rhythms have now become popular in music thanks to the return of jazz to its roots and the hyper-awareness of musicians for that (one of the) roots of this great idiom of music. Both Mr. Liebman and Mr. Barron are acutely aware of this and have found a way to inform their compositions with this movement towards resurrecting this view as well. While none of this is, thankfully, made obvious, it is subtly suggested in “Mr. Q” as well as “Slow Dance on the Killing Ground” and “Sheer Joy.”

The other members of the band are quick to pick up on this and this is because they are also schooled in the history of the music as many younger musicians appear to have become. And it is two of them—Abel Pabón and Alfredo Chacón—who also remind the listener that Jazz has many roots some of which come from the Latin realm. This is a lesson that is essential as it is often forgotten how rich and varied the origins of this great music is. So a record such as this becomes invaluable in that regard.