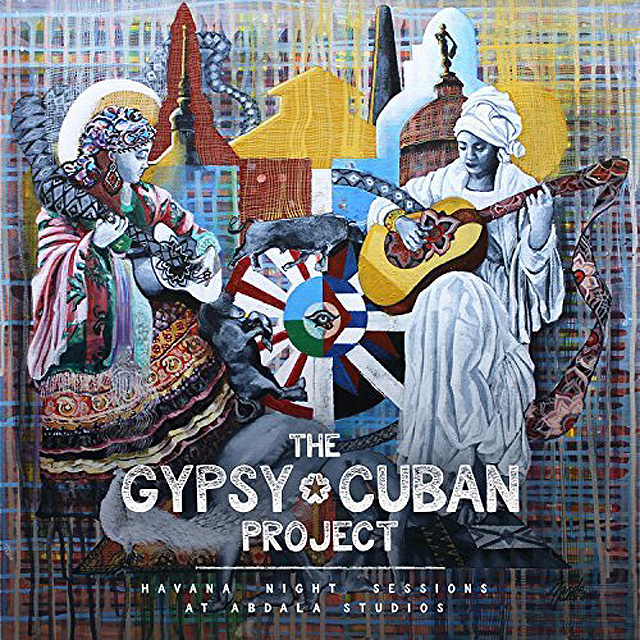 Damian Draghici is far from being a regular guy, although the Cuban and Spanish musicians with whom he made The Gypsy Cuban Project would probably call him that. Draghici is one of Europe’s most celebrated of Roma activists, the Roma Minister in the Romanian Government and Romanian member in the EU. Add to that, Draghici is also an ingenious multi-instrumentalist, ethnomusicologist and a composer to boot. Being a diplomat and a musician probably qualifies him to make connections wherever he goes.

However, according to Draghici, nothing came easily to The Gypsy Cuban Project. “At first, it didn’t click. Throughout the first week of collaboration in Cuba, we weren’t happy…the two schools of music felt so rhythmically distant. Then, one night our Roma, and a group of Cuban musicians showed up at a bar in Havana called El Flauto Magico. The epiphany came with a Roma tune, “Djelem, Djelem.” The famous song became mournful, dramatic, and processional like a slow march, while at the same time, danceable, joyous, and jazzy. It struck a perfect balance between the two groups’ sounds”.

The rest of the proverbial story has become the stuff that legends are made of. Damian Draghici attracted stellar musicians from the Buena Vista Social Club, two Spanish superstars and a group of brilliant virtuoso Cuban sessions musicians and The Gypsy Cuban Project is the result. Of the thirteen songs in this repertoire, “Hopai Diri Da” and “Jelem, Jelem” are Roma folk songs and feature the wistful lyricism and tender warmth of vocalist Haila Mompie in harmony with Panseluta Feraru. The marvelous response of the musicians – both Roma and Cuban certainly pick up on the aesthetic and their response is deeply expressive.

The legendary (retired) members of the Buena Vista Social Club, (also) no longer in its original incarnation contribute gossamer-like performances that enable both Roma and Cuban musicians give a sense of an unfolding tapestry of the future of the forward-looking Cuban musical reality even with its pre-echoes of the glory days of the Buena Vista Social Club. The sumptuous vocals of Omara Portuondo are matched by the luminous voice of Regla Teresa García Rodríguez “Téte Cartula”, who graces the recording on the emblematic “Ay, Mama Inés”. But to my mind the crowning glory of the recording belongs to Carlos Calunga and his rhapsodic version of “Chan Chan”.

The recording itself is vivid, clear and spacious, and Damian Draghici has mined a rare gem. Moreover, this unlikely cultural collision is further proof that we are all united in melody, harmony and rhythm, even as language and many other aspects of our humanity may conspire to divide us.