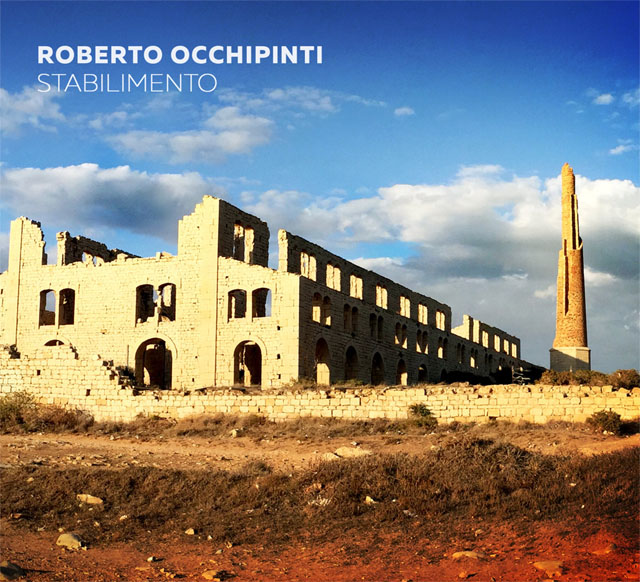 The powerful, sinuous pizzicato of Roberto Occhipinti has bellowed from the depths of Jane Bunnett’s and Hilario Durán’s bands for several decades. During that time the bassist has also grown his repertoire, performed many a wondrous solo and led some memorable ensembles of his own. Some of his arrangements of Jazz classics have been truly unforgettable; who can forget his version of Herbie Hancock’s “Maiden Voyage” with Hugh Marsh’s heart-stopping violin ascending, solo, out of the rumble of Occhipinti’s beautifully written (and played) bass line on the song from his album the Alma Records album Trinacria? And the profound voyage down the Congo in Bend in the River, that relocated some of VS Naipaul’s classic book of the same name to music.

Now, sixteen years after that Alma Records album, Roberto Occhipinti has proffered us Stabilimento, a display of his richest work for small and large ensembles complete with brass, reeds winds and strings each a vibrant-sounding stabilimentum rising from the ruins of the legendary one on the cover of the album jacket. The core group of musicians forming this busy establishment comprises Tim Ries on tenor and soprano saxophones, Luis Deniz on alto saxophone, Kevin Turcotte on trumpet, Dafnis Prieto on drums, Manuel Valera on piano and of course Roberto Occhipinti himself on bass. Three tracks also bring Occhipinti together again with the piano maestro Hilario Durán and extraordinary drummer Mark Kelso, who together form Durán’s most enduring trio.

In some of his best writing to date, Roberto Occhipinti ignites a fuse with a growling riff based on the opening of Charles Mingus’ “Haitian Fight Song”. Thus he deploys the music of “Tuareg” a piece reminiscent of the peripatetic Malian tribe after whom it is named. Its undulant rhythms rise out of steaming heat and silken harmonies of Tim Ries’ and Luis Deniz’s saxophones. Manuel Valera is masterful on this piece, building his solo from the guts of the melody until it emerges like an astounding work of musical architecture. Drummer Mark Kelso’s thundering rhythmic tattooing on “Markato” is the catalyst for the huge explosion that closes the album. In between are seven other works of memorable musicality, including four more from the pen of Roberto Occhipinti.

The Canadian bassist has considerable riches to offer and he spreads these throughout the performance favouring – rightfully so – the bottom end of his lusciously-toned instrument. Occasionally he leans into the bass to ascend from its roiling depths into the upper registers where his solos howl and scream. But always, tone-colours are rich and full-bodied, while textures, like heavy-laden raw silk, are beautiful to behold. The strings are beautifully arranged here and slide organically into the music that is often bolstered by additional brass and reeds including some of Canada’s first-call musicians including Alistair Kay, Quinsin Nachoff, Les Alt and John Johnson.

In the riches and gravitas of writing, arranging and performance on Stabilimento Roberto Occhipinti seems to pick up from where he left off on A Bend in the River, with music of riveting narrative and absorbing, sweeping pictures. All of this played with deeply-felt emotion and enviable virtuosity.