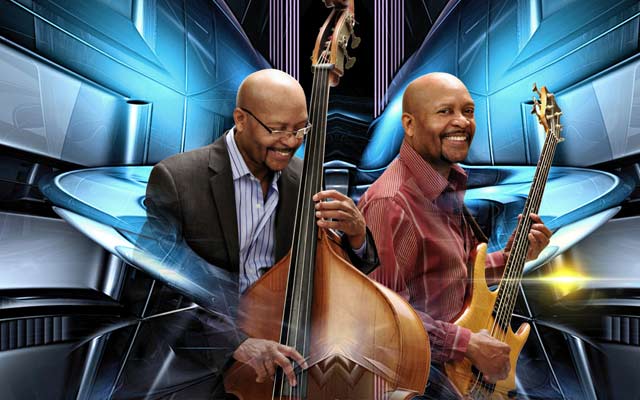 This is a record several years in the making. You will find performances by the late Mario Rivera and Nestor Sánchez, as well as by Dave Valentin. That is merely the icing on the cake, albeit a considerable adornment of the music on which these two maestros play. However, Legacy is much more than that. It is a venerable comment on the contribution that Afro-Caribbean music and musicians have made to jazz. It is a significant task to undertake. Ray Martinez, a wonderful musician and bassist from New York City. You will not find much information on Mr. Martinez, but in the world of Latin Jazz, I feel sure that his reputation precedes him. The music on this disc is but one example of his musicianship. 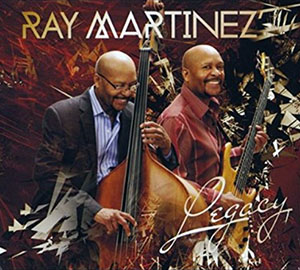 Unlike several of his contemporaries, Ray Martinez’s album is far from a this-and-that recording paying tribute to the many musicians who made Latin Jazz a force to reckon with. Whatever dazzles here in super-abundance, is pure Ray Martinez. He is clearly one of the contenders for ‘most underrated musicians of our time’. The story told throughout this recording is one of an astonishing verve, style and dexterity. Hear him on “Los Colores De Mi Gente” as well as “Romance” where the ferocious growl of his bass sets the stage for playing of extreme virtuosity. He may not have won an old-fashioned cutting contest with the likes of Abraham Laboriel or Anthony Jackson, but Ray Martinez would certainly hold his own with any of the charts he plays on, on this disc. He is certainly bass aristocracy.

Mr. Martinez has produced a significant version of “Black Legacy” on this record. This song is an important indicator of his social commitment to the Afro-American culture which he is spreading through his music. Artists must be committed to social awareness if they are to be truly relevant. Many might think that this is some Trotskyist speaking, but the necessity of art in our lives is a social imperative and almost always sings of the triumph of human endeavour. Some artists don’t know this living as they are in the biggest capitalist economy on earth; yet it is the folk music especially the blues that begat Jazz and a lot of Latin American music too, despite the era of Big Bands associated much Latin Jazz with the Big Bands and not necessarily with good ones too.

The politics of art apart, Ray Martinez has made this record with music that has obviously been perfected by his awareness of his cultural ancestry. Then there is the number of years that the music percolated on a reel somewhere until it was time for its release. The natural sound and the exuberance of the musicians on this disc are infectious. Overall? Playing like this can hardly be improved upon.

Known for his melodic and percussive style, Ray Martinez has been considered one of the most gifted and prominent bassist/arranger in the contemporary Latin and Salsa music scenes. Ray composed, arranged, recorded and performed for many years with Latin-jazz legend Mongo Santamaria. Read more…