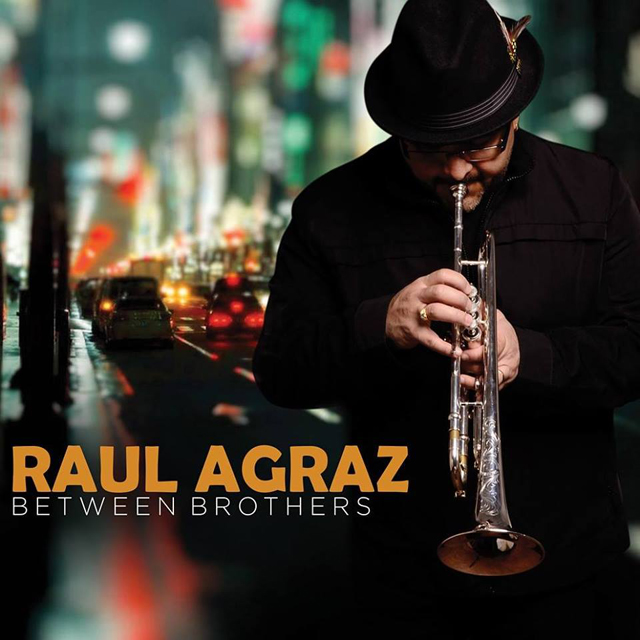 Raul Agraz’s Between Brothers is welcome companion to his other releases. But more than that, it is an essential part of the growing trumpet repertoire on the sheer strength of these performances. In fact, I would go even further and say that there are few musicians who appear more steeped in their worlds than Raul Agraz. On evidence committed to disc here, one senses that the pure instrumental vein and gorgeous orchestrations free his spirit like none other. This is in no way meant to take away from the performances by the cast of luminous virtuosi including Paquito D’Rivera, Dave Samuels, Luis Perdomo, Luis Quintero and Dan Willis, to name but a few who appear on this record. On the contrary, it is their very performances that lift Agraz’s stellar turn on the trumpet to a rarefied realm.

The star trumpeter transcends even the magical repertoire with his pure and radiant tone. His is a distinctive and personal celebration of highly inflected playing in the company of friends – brothers, as he calls them. And challenging the status quo of Latin-Jazz through gloriously arranged material a luscious musical landscape emerges in which you experience a rare deportment of a musician who brings a rare blend of intensity and stillness to this music. The dynamic contrasts of ‘Obsesión’ for instance, rises above the art of conventional trumpet-playing through infectious musical curiosity, spinning the lines of the tune with irradiating grandeur and a kaleidoscopic range of intimacies, inferences and gestural landscapes which are both delectable and thrilling. Other music on the album is played with no less élan and arresting intonation.

But the electrifying and athletically awesome orchestral performances also set this album apart from many others, led by a trumpeter, which have appeared on this year. The reason for this is that the various writers on the date – notably Mark Miller and Doug Beavers – who emphasise the songful aspects; instead of concentrating on bravura in the passagework. This allows the music plenty of time to breathe, making for expressive detail in every phrase. In fact the entire programme is played with an air of exquisite emotion. The songs – all ten of them – are magnificently idiomatic in all of their arrangements. This produces an extraordinary range of tonal colours that adorns the already beautiful palette that Raul Agraz brings to the works. This makes for a mesmerising album. The transparency of sound also brings these works alive with quite remarkable results.