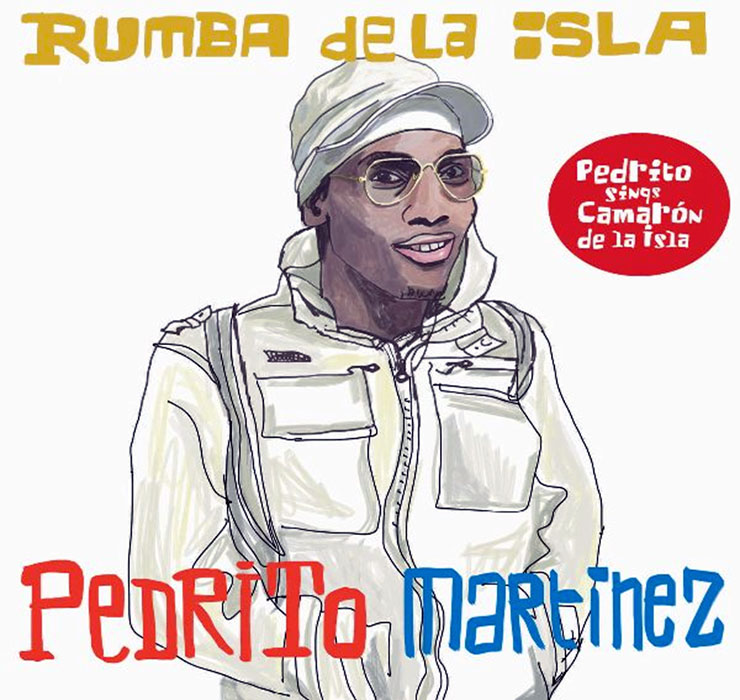 Pedrito Martínez and his Rumba de la Isla, A Tribute to Maestro Camarón

Rumba de la Isla is the new album that Pedrito Martínez, the prolific Cuban musician, has released. This work is an encounter of two intense and passionate rumbas, the Cuban and the flamenco, where the great Pedrito plays in his own way, the classic songs of one of the most important and cherished Flamenco artists of all times, Camarón de la Isla.

Pedrito Martínez arrived in the United States at the end of the 1990’s to pass his enthusiasm about rumba and guaguancó on to people from different countries, states, cities, towns and streets. More than a decade has passed since this wonderful drummer touched American soil. Every time I hear about Pedrito I am surprised by his songs, albums, live performances and music. Just a few days ago, everyone had the chance to watch this talented artist playing in the most important concert in the history of jazz, the International Jazz Day Global Concert, broadcasted in 196 different nations around the world.

Cultural encounters mean explosion, diversity, amazement, change, miracle, discovery, human knowledge in its most pure expression. Rumba de la Isla is all of that and more. In this album, we have a phenomenal encounter of special musical ambassadors of the purest Cuban and Flamenco music. Along with Mr. Martínez (vocals, congas, chekeré, and cowbells) great figures of both rumbas collaborate; from Spain Niño Josele plays the guitar and Piraña plays the cajón; from New York the contributors are John Benítez, the bass player, Alfredito de la Fé, the Cuban legend of the violin, Román Díaz, cajón, batás and cuchara, among others.

It is not always easy to put together two different rhythms on the same stage. There are great risks of not sounding unique and original. If there is one example of pure originality in Rumba de la Isla it is where Pedrito, arranging all the themes with Román Díaz, takes serious risks and develops a unique sound that moves fascinatingly between the Cuban and Flamenco music. In this CD Pedrito finds new poignant ways to recall the delightful and mesmerizing sound of the African and Spanish beat, accompanied with powerful and very tasteful guitar and violin lines.

Rumba de la Isla, produced by Fernando Trueba and Nat Chediak, was made with rigor, imagination, respect and love for the Cuban and Flamenco musical culture. Respect and love is what Pedrito shows in the final song on this album. In the lyrics Pedrito says: …Un montuno con respeto al cantador sin igual (A montuno with respect to the unrivaled singer)… Nunca te olvidaremos, maestro Camarón (We will never forget you, maestro Camarón)… Hoy la guitarra está llorando la ausencia de un gran cantor… (Today, the guitar is crying because of the absence of a great singer…).