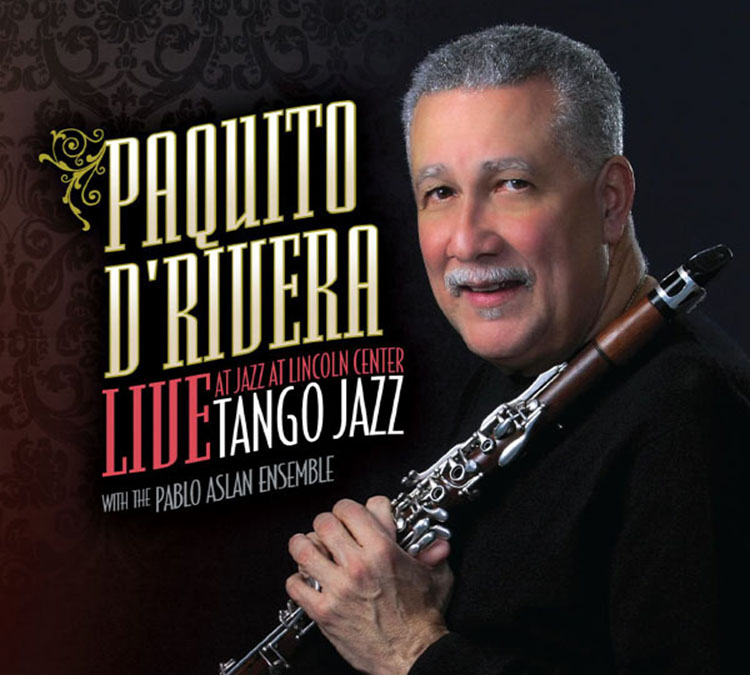 One of the greatest love affairs in music is the one between folk music and dance. This extremely covert relationship has spilled over into contemporary music as well—more so in musical excursions in Europe (where even Igor Stravinsky sang its praises with compositions of his own) and in Latin America. One of the most beloved of all these affairs is the storied one of the tango, a voluptuous one between characters born in countries as far removed as Finland, Spain and France—mixed in with vibrant ones in Africa—then transported across oceans to a brave new world where they came to rest principally in Argentina and Uruguay, where the romance grew until it reached dizzying heights at the hands of Carlos Gardel and Astor Piazzolla. The love affair has continued until today with musicians such as the great bassist, Pablo Aslan, who have continued to expand its role in the literature of music.

The Cuban-born, US-based musician, Paquito D’Rivera has been known to be in an interminable dalliance with tango and this album, Tango Jazz: Live at the Lincoln Center is a culmination of sorts and a tribute to his role in the affair. D’Rivera brings his pliant ingenuity to this project displaying every bit of his mastery on the alto saxophone as well as on the dreamy, woody tones of his clarinet, which seems born for the romance of the tango. His phrasing is immaculate and undulates with the rhythm of his heart. Lines and phrases slide into one another with mighty glissando. They begin sometimes with a shrill cry of delight, then swirl and pirouette as they soar and float on their way to the inevitable denouement. On this album, he plays off the wonderful brassiness of Gustavo Bergalli’s burnished horn and the bandoneón of Michael Zisman and Raul Jaurena.

The tantalizing brilliance of “Viejo Smocking” is memorable as is the sweeping indolence of “Milonguinha” and “Close Encounters of the Fourth Kind.” The dark romance of “Bandoneón” is one of the high points of the program just as the hypnotic swirl of “Verano Porteño” another. In like manner, the creativity of “Tanguajira” is one where D’Rivera marries the Cuban with the Argentinean and the Uruguayan as well. And just as “Beto” does, so also “Goodbye” mixes various idioms with the all-pervasive tango. It is almost impossible to stop the feet from sliding and tapping to the music as they prepare to glide and guide the body into the queen of all Latin American dances.

Make no mistake; however, as this is almost as much Pablo Aslan’s journey as it is Paquito D’Rivera’s. The bassist is a towering figure in the world of modern tango and music as well. His complete mastery of his instrument and virtually all forms of music and dance is legion. Here his spirit is all over the music even guiding the mighty work of Michael Zisman and drummer Daniel Piazzolla throughout this memorable album.