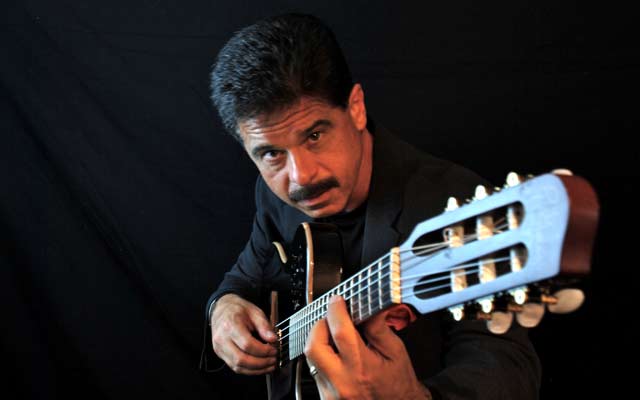 This is a vivid, provocative Beatles album from John Basile, a New Yorker who has a pianist’s approach to the guitar. Let there be no misunderstanding here. Mr. Basile does not use the so called “hammer on” or the “two-handed” techniques. On the contrary he uses his two hands in the manner that someone like Jim Hall did; the left hand damping on the strings at the fret-side of the guitar as a piano hammer does, while his right hand applies pressure to the strings across the body in a similar manner to that of a pianist – lightly for pianissimo and a touch harder for fortissimo. However, because he has superior technique the pressure applied to the strings clothes the notes in rich overtones that accompany the chords he often plays here to harmonise with himself. 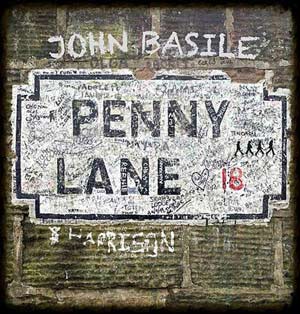 Good guitarist that he is, was a Beatles album played solo with midi programming to provide the rest of the instruments a good idea? I volunteer a resounding “Yes”. Anyone who has followed the Beatles not only musically speaking, but in terms of the overall production of their art will recall that only the first few albums were played without overdubbing. The Beatles stopped touring early and retreated to the studio to make most of their middle and late period music. Most of their music – certainly all of it from Sgt. Pepper’s Lonely Hearts Club Band onwards that revolutionised popular music not only for its art, but also for its production values – was made with multiple dubs, layered over track after track. In fact George Martin engineered some amazing music throughout this period until the group disbanded.

So paying homage to the legendary group with midi programming is okay, as long as the music is beautifully played. And that it is. John Basile is criminally little-known, not only for the music he makes but also for his praiseworthy technique as well as for his imagination and intuition. This album is not his first but might easily be his best. How it sings! It also presents the music of the Beatles in a rather profound manner, seemingly focussing not merely on the entertainment of the music, but also its thoughtfulness, which is probably not what the Beatles intended early on, but gravitated to after the 60’s. This is why I believe Mr. Basile’s rather short version of one of the key moments in Beatles history – “A Day in the Life” falls a tad short of what it was meant to be. The profound nature of the song and the angst it represented for the Beatles’ generation is rather lost here. And then there is a small matter of attributing “While My Guitar Gently Weeps” to the songwriting team of Lennon/McCartney, when in fact it was George Harrison’s.

But this does not diminish the album to the extent that it would be swept aside. On the other hand, Penny Lane goes some distance towards bringing Beatles music to another generation and another generation of musical ears. Memories are short and the instant cultural ethos that plagues young people today might even cause the album to be forgotten in the general scheme of things. I certainly hope not. It is not only a fine record of Beatles music, but a model for aspiring guitarists looking to spread their wings.

Track List: Eleanor Rigby; A Fool on the Hill; And I Love Her; A Day in the Life; While My Guitar Gently Weeps; Here, There and Everywhere; I Want to Hold Your Hand; Can’t Buy Me Love; Norwegian Wood; In My Life.

When asked about his most important influences, the first two names he mentions are not other guitar players; Frank Sinatra heads the list and then Bill Evans. Perhaps this explains why John Basile is one of a select group of jazz instrumentalists who doesn’t sound like everyone else. He particularly likes to play in the duo and trio formats to exploit the intimacy those settings present for both player and listener. Read more…