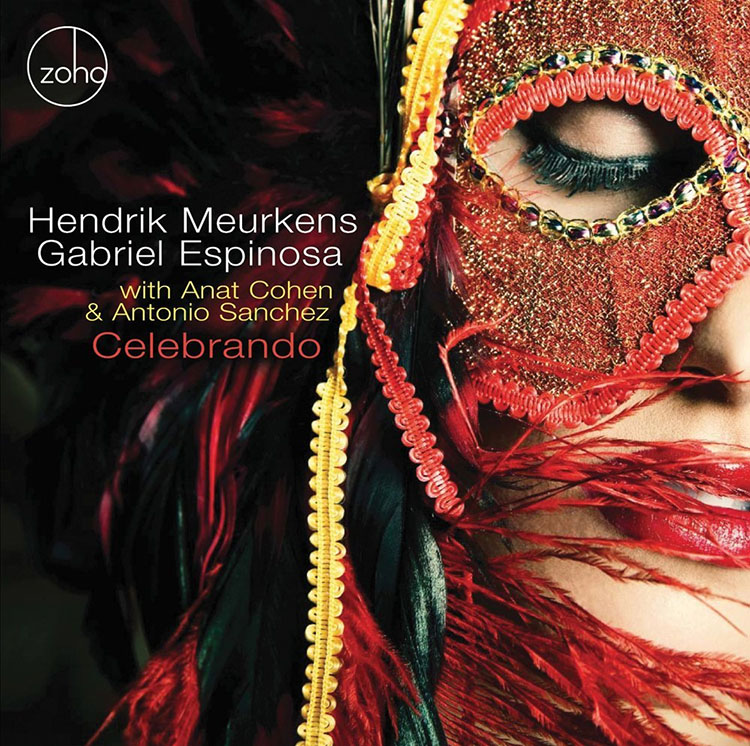 It is most appropriate for Zoho Music to celebrate their 100th recording with harmonica-player Hendrik Meurkens and, among others, bassist Gabriel Espinosa, reeds and woodwinds maestro and indeed master of the Choro, Anat Cohen, drummers Antonio Sanchez and Mauricio Zottarelli and others. It is also appropriate that the celebrations should take place amid the invisible emotional zone of Brasil, a country so mysterious and magical that it seduces more than half the world and more with its art; certainly with its music that is now a beguiling feature of more than half the world and more. This is what makes Celebrando so timely, appropriate and poignant. Moreover, of all the musicians who have a “feel” for the music of Brasil, few breathe in the waters of its soul as much as Hendrik Meurkens and Anat Cohen. The former is a son-in-law of that country and the latter has such a genuine love for Brasil that she fronts one of the few authentic Choro ensembles outside Brasil.

At first blush the album may seem much too smooth; almost glib; because of the ease with which bass and harmonica meld with each other and with the other instruments. But then the music reaches the soul. Played the way it is—with such emotion and, indeed, soul—it is hard to prevent the music from reaching the deepest parts of the soul and the mind’s mind, refreshing it as would a deep tidal wave from the beaches of Rio to the exciting shuffling, stuttering rhythms of the northeast and in the Saudades of the plaintive Choro—one of which is composed by Meurkens and played with a sigh and a wail by the harmonica player in a bashful, loving dialogue with the clarinet of Anat Cohen. This, in fact, may be the highest point of this fantastic album, especially as it doubles in time in its final verses—challenging both Cohen and Meurkens, who play flawlessly throughout.

Another outstanding feature of the album is the exquisite wordless vocals of Alison Wedding, whose voice seems to float above the music like a swallow that swoops in and out of the melodies as if they were gossamer waiting to be pierced. Even Espinosa, who also sings wordlessly, has a crack at a lyrical piece that he penned himself, “Maya Roots” and does a fine job of the vocals. The other master stroke is asking drummers of the stature of Antonio Sanchez and Mauricio Zottarelli to sit behind the drums. Sanchez truly has a feel for Brasilian rhythms, but it is Zottarelli who steals the show with his emotive approach that seems to meld extremely work not only with Meurkens, but with the other players—especially the clarinet of Anat Cohen. These encounters form the peaks of an album that is already destined for great things not only in South America, but elsewhere in the world as well.