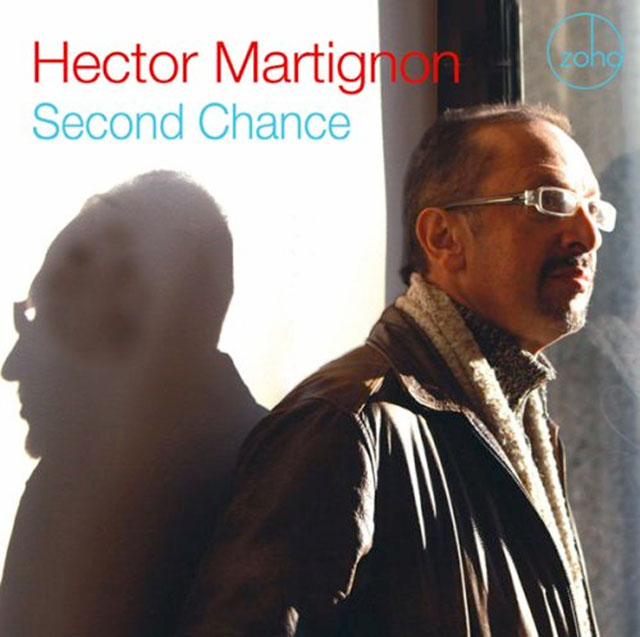 In a literal world the music on Second Chance would simply represent “B” sides of music that pianist, Hector Martignon has played in the past. In reality they are anything but that. It is here that Martignon has provided wicked twists to all the music he has played before—he uses the term “devilish,” which in Spanish is a word fraught with meaning. The word diablo might be infinitely more appropriate as it has fangs and breathes a fire. But then again the connotation that the gentleman south of the earth’s core has something to do with these wondrous renditions of Martignon’s fabulous compositions and others’ work seems to negate their “purifying” fire. This is something that can only come from something quite simply stellar; very possibly even celestial, when Martignon’s piano emerges from the ensemble to make singular statements.

Hector Martignon’s virtuoso pianism often draws from—to use an Afro-Cuban term—a tumbao, a style commanded by a resonant 8th note of the bass line that pianists of South American origin often bring to that otherwise sweeping style of playing the piano. This is what makes pianists such as Chucho Valdés, Omar Sosa and Gonzalo Rubalcaba, Roberto Fonseca and Hilario Durán so unique. Martignon occupies a similar space in the stellar regions of the piano. His style is more vocal and his choice of notes not only bounce and stomp with hidden and revealed tumbadora-like accents, they can also be heard to cry—almost weep on occasion. His phrases roll and gambol and frolic like shrill children and when he wants to sound all grown up, then they are silken and sensual.

The rhythmic Hector Martignon unfolds with revelry throughout the album, from João Bosco’s “Bala Con Bala” a tune that is woven like a tapestry—warp or melody, quite straight until it hits a certain note, then it wobbles and bumps, but weft, always inside out and intricate as it builds a maddeningly twisting harmony. The joropo treatment of “Coqueteos” is quite simply spectacular and offers a rare chance, at least on this album, to observe breathlessly, the percussive skills of Samuel Torres and the harp of Edmar Castañeda. And while “Guaji-Rita” may be elegiac at times, it is nevertheless like that skipping return in a funeral in New Orleans. Even “Alone Together,” a chart that is normally played rather pensively is animated and keeps the heart pumped with expectation that things might change on a dime. It bears mention here that Martignon is wonderfully assisted in his rhythmic quest by his bassist, Armando Gola, drummer, Ludwig Afonso and the Colombian percussionist, Samuel Torres.

While Hector Martignon can be wildly exciting with rhythm, he also displays a softer side, which is often coloured by wistfulness and a sense of longing that is so characteristic of artists—and certainly, highland folk—and sometimes with sensuality that is irresistibly South American. The elegiac tribute to his brother in “Andrea” and the wonderfully dreamy “Hatari,” where the full force extent of the talent of saxophonist, Xavier Perez, trumpet and flugelhorn player, John Walsh and Torres’ sensitive use of the percussion palette is heard are the true gems of this album.

The contemporary nature of this album should not go unnoticed. Despite the use of several traditional song forms, Martignon sounds modern and is indeed very forward-thinking in his approach to each and every one of them on this highly memorable album.