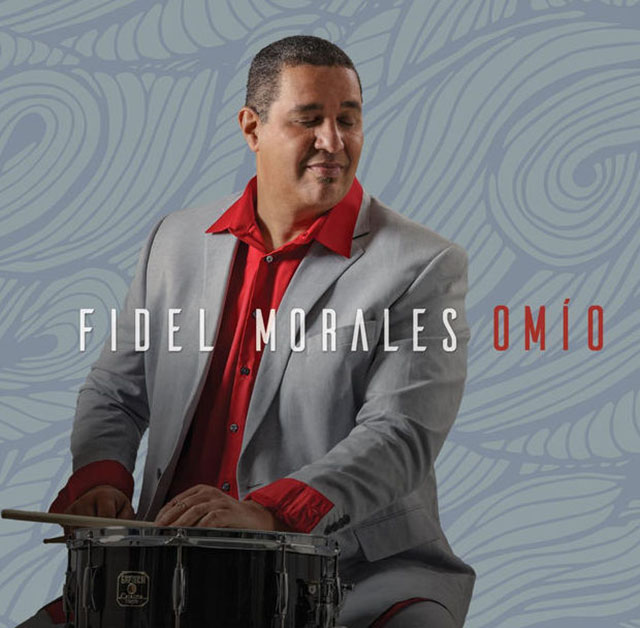 In the highly unlikely event that you have not heard Fidel Morales play his drum kit or the bàtá drums now is your chance. The masterful Afro-Cuban drummer gives you a chance to do just that. His 2016 album Omío is a fabulous place to start. It’s a mercurial studio performance full of slashing, lustrous, heartfelt and brooding ingenuity that has many moments of utter genius within it’s almost three-quarters of an hour of music. But what strikes one as most significant and pure about this recording is that throughout the nine tracks on it – many of which have been composed by him – Fidel Morales plays his heart into every note he plays.

This is a production that while exploding with practically primordial force on ‘No Mas’ also eloquently and tastefully tackles moments of emotional depth with weight, gravity and considerable complexity nowhere more beautifully expressed as on Rafael Hernández’s ‘Ausencia’, the lump-in-the-throat moment of the disc, captured by the pure voice of Ana María Perera with elemental heartache. The chart also features the iconic bass-playing of another master, Eddie Gómez. Of course, the music on the entire album plays out in marvellously thrilling fashion. The rhythms of ‘Omío’ are mesmerising and the melodic sweep of ‘Blue Sea’ is quintessentially balletic. And just when you think that the musicians have peaked, the core group returns to take things to another musical level with ‘Doctorcito’ and brings the album to a close with a short, but powerful burst of energy with ‘Bulecolumbia con timbal’.

Omío is one of those albums that will keep getting harder to resist the more that its music is heard. It is not hard to see why. Fidel Morales has composed some fine original work and also written charts for other musicians’ work as well. Moreover he has attracted a group of the most extraordinarily talented musicians who give it their all whenever called upon to play. Listen to Charlie Sepúlveda on ‘My Gift’ and to Daniel Ramírez on ‘Lo que viene’ and ‘Blue Sea’, for instance. And, of course, Fidel Morales leads the charge with sublime musicianship and virtuosity entirely dedicated to the music. It is hard to find a more winning combination than that.

Previous article
LJN and JDP in The New York Times
Next article
Albert Marqués Trio: Live In The South Bronx