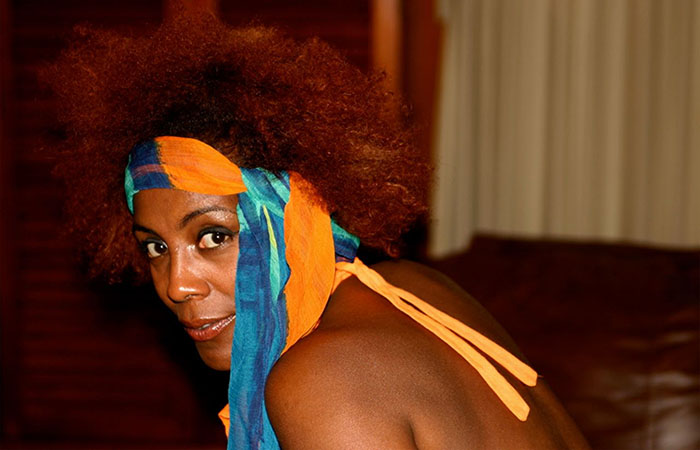 Xiomara Laugart is a major voice in music. She combines raw and elemental power with soulful interpretation of repertoire—traditional and modern—into a molten mix of volcanic proportions. Her smoldering lyricism enjoys a symbiotic relationship with a tradition of performance and dance that embraces a large set of inimitable traditions influenced mostly by West African and European (especially Spanish) music. Due to the extraordinary nature of most of its genres, Cuban music, like the music of Brasil, is often considered one of the richest and most influential regional musics of the world. And like Elis Regina of Brasil, Xiomara Laugart is among its distinguished protagonists in the tradition. The almost ritualistic exposition of lyrics and music in Afro-centric art is one that precludes syncretism of an unusual sort: that controlled passion deepened by an almost intoxicating wildness should always lie at the heart of the poetics of its music. 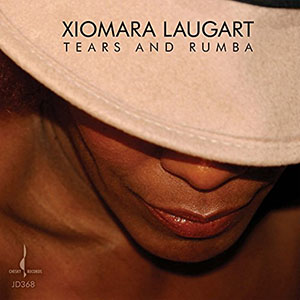 Tears and Rumba is a triumph that heralded over three decades ago, when Xiomara Laugart cut her early records, her eponymously-titled debut and shortly thereafter, Fé (Ni un ya no estás). She showed then, that she could sing of the sensuous dance of bodies bronzed by the Caribbean sun with as much facility as she does the swaying of palm trees. Her music can be slow and dignified as well as dynamic and rebellious. At all times she is singularly magnificent, with a certain nobility all her own, as she worships at the altar of originality. She sings with mute sighs and breathy eloquence of lives criss-crossing in the heat of passion. Her lines can float; then bubble and boil as the lyrical narrative turns more urgent. This sudden turn mimics the abrupt changes in rhythm that adorn Afro-Caribbean music. She is an agitator of the senses, drawing the most passionate responses from the elevating balletic tenor of her magnificent vocalastics. This is something that she has so expertly crafted on Tears and Rumba. While virtually every song on the album is a stunning example of the breadth of Ms. Laugart’s vocal range, the most extraordinary are “Las Perlas de Tu Boca,” “Sobre Una Tumba Una Rumba,” “Descarga Xiomara,” and “Reclamo Místico” (both versions).

Productions values are paramount on any recording. This also is a masterly triumph. The inclusion of bassist Yunior Terry, guitarist and tresero Román Lajara and the percussionist, Luisito Quintero contribute in no small measure to this. Mr. Terry’s muscular intonation and beautiful woody sound is a perfect foil for M. Laugart’s vocals. At times the two conjure up the visage of a pair of dancers; a male bass absolutely besotted by a female agent provocateur enticing its partner to commit rash acts of passion. The guitarist too is entranced by Ms. Laugart and in the ensuing musical riot manages to insert himself into this ménage-à-trois. Nobody has a greater hand in this than Alex Tosca, Ms. Laugart’s talented son and the musical director arranger and producer of note on this. He and Executive Producer David Chesky, whose remarkable audiophile label produces extraordinary recordings have contrived to make this a most desirable in their catalogue, one to absolutely die for.

About Xiomara Laugart: Xiomara Laugart is Cuban. This alone makes her a competitor in the music industry. She was born with a fusion of rhythms in her veins. Moreover, Ms. Laugart is a “Guantanamera,” also the name of a quintessential Cuban folk song. Guantánamo is the easternmost province in Cuba, where even the palm trees sing and dance. At the age of 15 she began her career. Soon thereafter, her voice was considered a true prodigy that allowed her to perform the most diverse genres. She performed several different expressions of traditional and contemporary Cuban music. Read more…