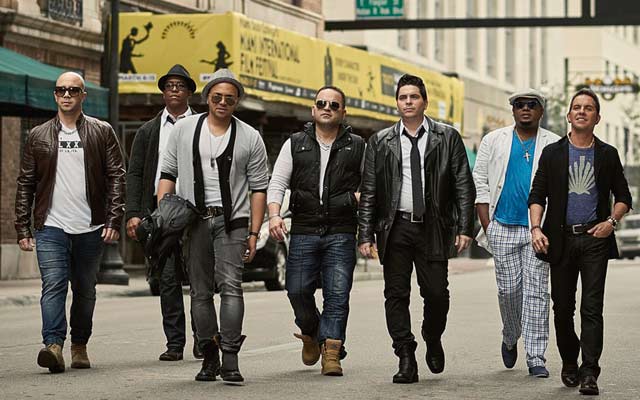 The musical and theatrical finery of Panamericano is going to be quite the sensation in the weeks and months to come, and several years after the bucolic Bach in Havana enables Tiempo Libre to burst on the scene, this 2015 record will prove almost as successful. The reason: Tiempo Libre is building on their strengths of vocal harmony and reaching deeper into their Afro-Cuban/Classical heritage. True the musical plot – so to speak – centres less on the ardent classical tangles of that sensational former recording, the vocal scale – with its delicacy and airy grace of the music is always captivating.

The lilting rhythms of quasi-classical form are rarely absent for long either. Several numbers mine a deeper vein of feeling, among them the band’s anxious, haltingly beautiful son “El Loco”, the sensuous cavatina “Rema”, and the imagined ‘aria’ of mingled hurt and outrage at the imagined betrayal and tragic feelings of longing, of “Somebody to love” itself a surprise in its appearance as an English vocal piece on the album. 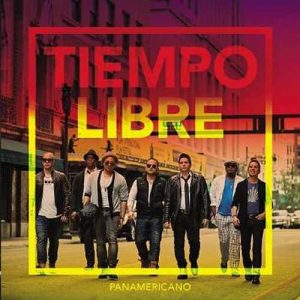 It is Tiempo Libre’s radical fusion of various contemporary and baroque forms, and attempted expansion of Bach in Havana and My Secret Radio that offers a somewhat richer musical experience and this is quite compelling. The vast and swimmy acoustic of the production takes some getting used to, but you ultimately fall prey to the beguiling nature of the vocal harmony and exciting rhythmic content. The musicians never fail to direct this expert and adventurous vocal-harmony band with spirit and imagination, while the singers – including the new ones – all have pleasingly fresh, youthful voices. This was and continues to be a hallmark of the band, despite changes to the band’s personnel.

Good as they are, counter tenors and tenors – all macho to a man – bring appropriate verbal bite and tonal variety to their roles. The vocal flights of lead singer Xavier Mili and the vaunted harmonies of the rest of the band have bell-toned clarity and sound more involved, shaping their leaping flights elegantly and using subtle ornamentation in the de capos to heighten the emotional expression. This never fails to have the desired, dramatic effect on the music on this adventurous recording. As expected the most theatrically gripping singing comes from a melding of voices – from Mr. Mili to Jorge Gómez and the rest of the vocalists and guest vocalists and musicians.

All of this brings haunting aria-like beauty to the proceedings. The devotion to classic vocal harmonies is affecting and the results are better than what might have been desired, listening to the music from this side of the recording studio. The wistful music of “Grandpa” comes as the biggest surprise, but when you reach deeper into the motivational aspect of the song your reaction will be less of one of surprise and more one of deeper understanding into the true feeling of longing for their Cuban homeliness than anything else on this wonderful Tiempo Libre album.