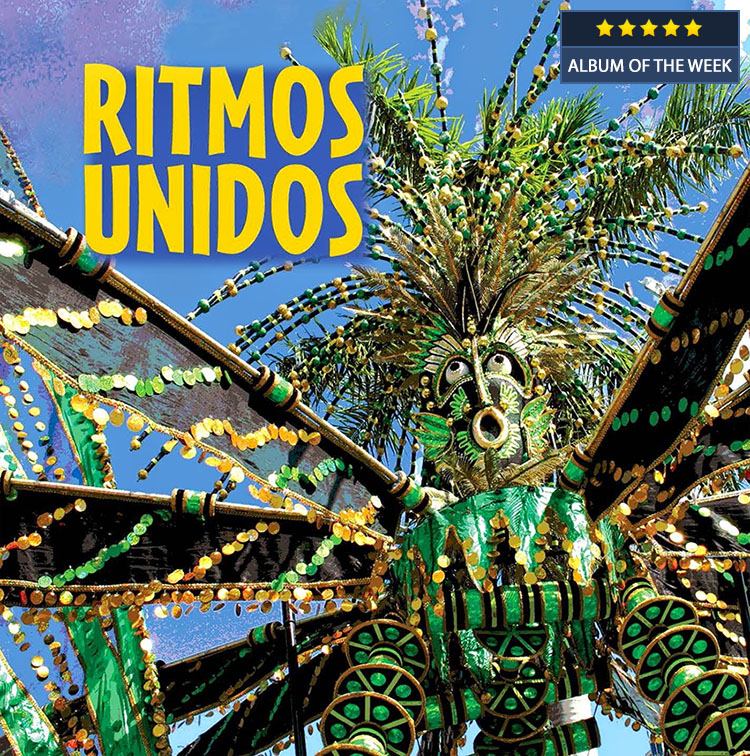 Patois Records is fast becoming the go-to label for things musically superior in the realm of Afro-Caribbean music. It is hard to find fault with anything they have produced so far—and this is not restricted to the ineffable Wayne Wallace, the doyen of anything Afro-Caribbean on the West Coast of the United States. The music of Ritmos Unidos is a case in point. This is a fascinating group of musicians who refuse to be hampered and tied down by genre-restricting divisions in music that seem to preoccupy marketers these days. This group in fact blurs those lines that put musicians in a box. And not only that, their music is sans frontières as well. They dig deep into the heart and soul of the music and are willing to take the proverbial philosophical leap, without the proverbial safety net. As a result of this the music of Ritmos Unidos might only notionally be said to be Afro-Caribbean; it simply is a proffering to the same muse that wakens the Orishas and not only in that spectacular “Ochún Suite.” It is also music that reaches in the depths of the heart and soul of that deepest of influences seemingly on all music that arises out in mystical waves out of the contemporary scene in the US.

The suggestion of being “united” or being in “unison” is a fascinating one. It seems to resonate with the best music that is in the African idiom and that is touched by the developments that have been taking place for over a century in the United States. The melding of Spanish dances and the hardnosed poly rhythms of the African Diaspora collide here with the inevitable music called jazz of the continent. The musicians of Ritmos Unidos catch this in what might easily be referred to as a musical dream-catcher. Then, as the percussionists -those batá players- sing in communion with the steel pans and the burnished sound of the horns and woodwinds, the music unfurls as if it were a heraldic and ecstatic voice. It is assumed that Michael Spiro has much to do with this, but surely there are other grand masters who have a hand in shaping the music of this recording such as bassist Jeremy Allen, pianist Jamaal Baptiste who has that classic tumbao every pianist diving into the realm of Afro-Caribbean music must have. This is said not forgetting the bright and sparkling work by Pat Harbison who functions as a heraldic voice instigated of course by the tenor saxophonist, Nate Johnson and the trombone of Wayne Wallace when he is called upon to lend a hand in the unison passages especially.

Special mention must also be made of “Road Song” a beautiful little chart by Wes Montgomery and of that legendary chart “Water Babies,” written by the great Wayne Shorter. While the murmur of Afro-Cuban rhythms lurks in the inner workings of the songs, both charts get the treatment they deserve without the musicians being either self-serving or overawed by the immensity of both works. Clearly this is an album that has been well thought out and performed so beautifully that it is likely to be remembered for some time to come.

With the formation of the IU Latin Jazz Ensemble, the IU Hand Drumming Ensemble, and other musical projects, he has significantly changed the balance of experiences any percussion or jazz student can expect from their studies. Audiences attending Jacobs School jazz events will have noticed changes this semester as well, with the inclusion of the Latin Jazz Ensemble, led by Spiro, on a rotating basis Monday nights in the Musical Arts Center. Spiro’s impact took another leap forward recently with the forming of Ritmos Unidos, a high-energy ensemble comprised of Jacobs faculty and alumni that mixes Latin jazz, American funk, Brazilian pop, and other syncretic styles. Members of the ensemble, with a name that loosely translates as “rhythms together,” are Michael Spiro, Mike Mixtacki, Joe Galvin, Jamaal Baptiste, Pat Harbison, Nate Johnson, Joel Tucker, and Jeremy Allen. Read more… 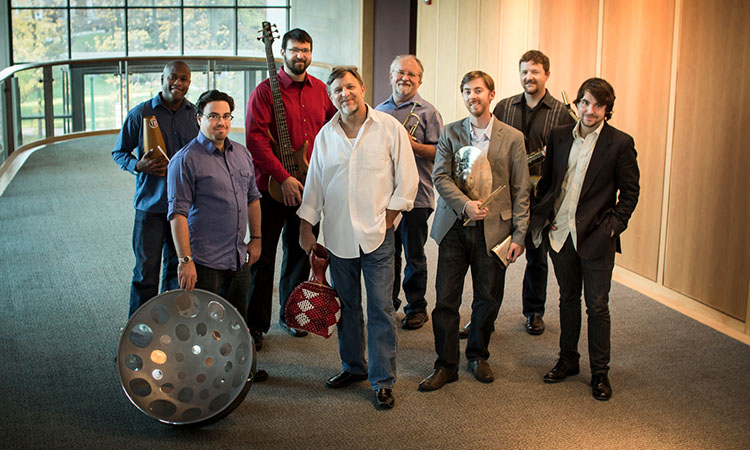 Previous articleThe Debut Album of Mitch Shiner and the BloomingTones Big Band: Fly!
Next articleNew Release by The Bad Plus: Inevitable Western