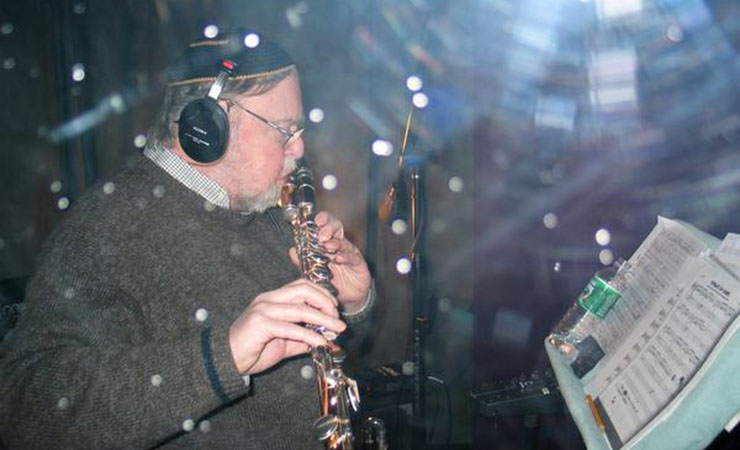 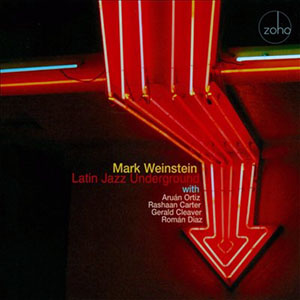 Mark Weinstein’s Tales from the Earth (Otá Records, 2009) was his finest album until now. This recording, Latin Jazz Underground, also seemingly an oblique doffing of the hat to Herbie Mann’s own “Underground” recordings of 1969 and 1974, certainly has the most far-reaching impact of all of Mark Weinstein’s recordings. It is, at once a tribute to the revolutionary harmonics of the music of the 1960s and a departure from anything that Mr. Weinstein has ever played and recorded in his long and illustrious career. A famously dyed-in-the-wool flutist who indulges in the Latin-Jazz idiom, Mr. Weinstein has attempted to revolutionise the idiom he knows so well and loves with all of his heart. So that choosing a repertoire that includes Sam Rivers, Ornette Coleman and Andrew Hill, Mr. Weinstein not only doffs his proverbial hat to some of the greatest practitioners of music of the so-called avant-garde era. But while the compositions reflect the path that this music is going to take it is ultimately the ingenuity of the musicians led my Mr. Weinstein that has created a performance so utterly new and stimulating as this one on what is sure to become a historic date; one that is surely among the best of the year thus far.

Mark Weinstein is his usual self. He plays with unbridled genius even though he seems to be playing well within himself. Gone are the filigreed rushes of breath that once produced vaunted runs; these have been replaced with restrained and emphatic arpeggios that fulfil their purpose by placing emphasis on a particular passage in order to suggest ascension of the fabled steps to Valhalla. Mr. Weinstein’s choice of changes is remarkably poignant when he is playing concert and alto flutes and when he is playing the bass flute as in Andrew Hill’s lovely chart “For Emilio” he seems to dwell in the depths of the bass register swinging with almighty and gorgeous angular beauty. His lines are gently ruffled, undulating with ponderous erudition. On the flutes of a naturally higher register Mr. Weinstein flutters and flies in the face of conventionality. He twists and turns and ducks and weaves as he plays in swift, short and telling phrases that leap in beautiful parabolas and ellipses. Remarkably he is not alone in these elegant musical gymnastics. He is joined here by his long-time pianist, the remarkable Cuban-born Aruán Ortiz, the beautiful old-soul of a bassist, Rashaan Carter, and ingenious drummer Gerald Cleaver, and especially on this date, the Cuban griot, Román Diaz.

With a group such as this, Mr. Weinstein’s versions of these extraordinary songs take on dramatic, new meaning. “Gregorio’s Mood” is spectacularly moving. “Dance of the Triperdal” has become spectacular in an almost classicist manner. “Nature Boy,” played at a slower pace than any version that might have been recorded before has a stately effect on the mind’s mind, making that chart an almost mystical one. And so one, until the music comes to an end with “Mark’s Last Tune,” a short, yet memorable piece to end what seems like an all too short album in the broader scheme of things.