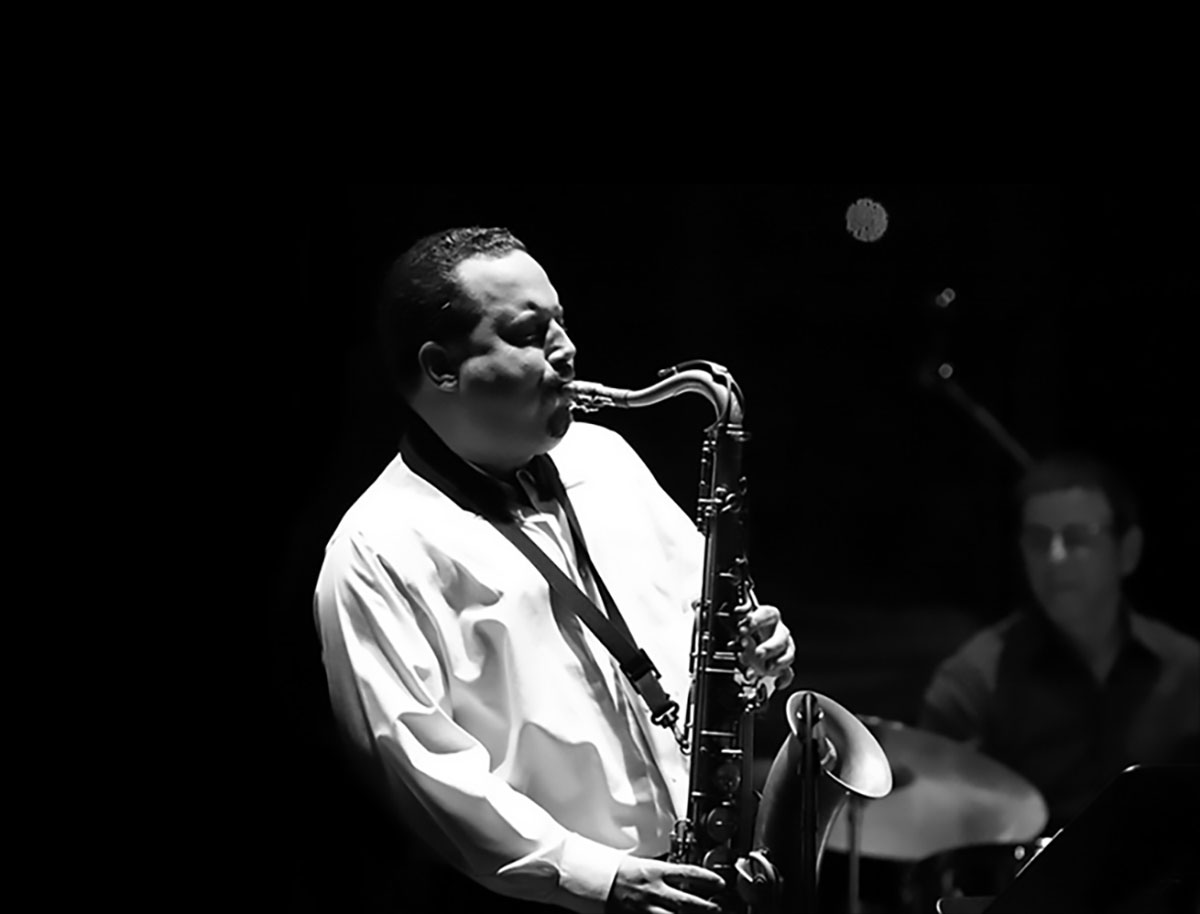 If a musical odyssey takes place when tenor saxophonist Iván Renta divests himself from one of several ensembles he participates in, to finally record an album as leader, then so be it. The reason: Iván Renta can now stretch almost magically to sing his song in the long form of singularity. Mr. Renta’s voice is brazen and ever so muscular. He is constantly flexing his tone as he graces the music with mighty glissandos, which glide majestically from deep inside the lower registers of the tenor horn, to the upper register, where he gleefully shows off his wiry, sinewy chops. His lines form in interesting geometric progressions, sometimes resembling sharply angled parabolas, and at other times, when his playing becomes magnanimous, he carves the air with generously full-blown arcs in lines that cast fleeting shadows on the harmonics of the piano of Edsel Gómez. This is when Mr. Renta appears to lay bare his soul.

There is a tearing sound that seems to come from deep inside the bell of Iván Renta’s horn, every so often. But for this to happen, Mr. Renta must achieve a state of transcendental meditation, where the horn becomes a part of his very being. There is no reed; the tongue is both reed and implement of embouchure. Literally the tenor saxophone becomes an extension of Mr. Renta’s body. A great wave of heat melts into the horn as if Mr. Renta had lit a great big fire in his lungs. Breathing with this fiery wave of flame and heat, Mr. Renta dares Luis Bonilla to react to the tenor saxophone’s zealot-like soli. The fact that Mr. Bonilla finds it in himself to blaze away when called upon to do so in the exquisite bolero, “Carmen” is a tribute to the trombonist’s easy relationship with the dominant tenor saxophonist. Elsewhere, on “Melancolía” Iván Renta finds himself in a solitary position and this time he is brilliant in challenging himself to carve up the dense air that hangs around the song with elemental sadness. But this is a saxophonist who is uncharacteristic in the molten emotion that he displays on this chart.

Elsewhere Iván Renta plays as if he is ensconced in a baroque magisterium, from where he issues music of vaunted report. Thus he turns Chick Corea’s “Matrix” into a lofty musical conundrum of melting math into art, and in doing so he uncorks the bottle of magic potion that he appears to have consumed as he navigates around the almost metaphysical aspects of the song. The saxophonist’s polyphonics is imbued and reflected with swart gusto by Richie Flores’ polyrhythmic machine. This is just before the excited conversation between the saxophonist and Giovanni Hidalgo on tumbadoras, on “Rioma”. However, the most magnanimous relationship is shared between Iván Renta and Edsel Gómez, the Puerto-Rican born, New York based pianist who gives commanding performances throughout the recording, especially on “Take Off” and “Matrix.” Mr. Gómez shares a special relationship with Mr. Renta. This much is clear from the fact that neither man gives notice of where a solo performance ends, yet the other instinctively knows.

This is a wonderful debut record; a bit short in duration, but a mighty effort with memorable results nevertheless.