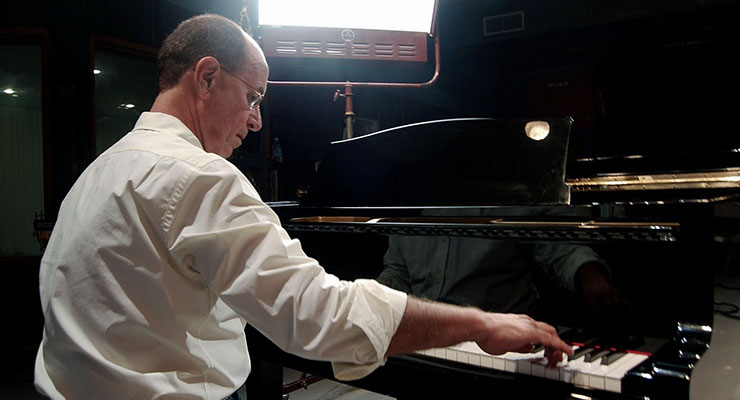 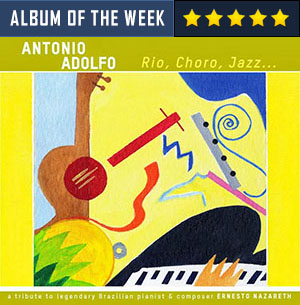 In agonizing what truly links Brasilian music so inextricably to jazz, all the more it is possible to come to the conclusion it is the blues. Brasilian musicians have the blues. It is their own version of the blues. It is at the heart of most modern Brasilian music today and it is called choro. Just as the blues comes from that soulful cry that emanates deep within the broken heart; just as this cry escapes the lips and edifies the soul, so also is chorinho the elemental “little” cry that which escapes the soul and through the lips salty to the taste of the proverbial tears that are shed musically. The heat of the lyrics when they are sung is blue-hot and inescapable; words lines and emotions are daubed from a palette that is indigo in its orientation and probably most important of all, the cry is liberating: “Come back, Baby, come back to me and I will make it up to you tonight,” it seems to “say,” whether in English or in Portuguese. Thus it is liberating from sorrow and grief; or simply being low down. In the blues the ecstasy at the end of the chorus is enough to show it is uplifting. In chorinho, the pace at which the cry plays out leads to resolution of conflict. At any rate, it is all blues. This is what informs the ingenious and the beautiful album by the composer and pianist Antonio Adolfo Rio, Choro, Jazz.

The album sets out to pay tribute to one of Brasil’s legendary Choro composers, Ernesto Júlio de Nazareth (1883 – 1934). Mr. De Nazareth was composer and pianist, especially noted for his creative Maxixe and Choro compositions. Influenced by African rhythms and many musical styles like the Lundu and the Choro. The composer never fully accepted this influence, refusing to give popular names to his compositions. A musician of classical training, he classified his music as “Brazilian tangos”, since the Argentine tango and polka dances were considered fashionable at the time. His piano repertoire is now part of the teaching programs of both classical and popular styles, as Mr. De Nazareth once served at the boundary between these two worlds. His music was always beautiful and complex as it reflected all of these influences and this is exquisitely brought to pass in Antonio Adolfo’s gentle and sophisticated manner. Customarily, but in an ingenious manner, Mr. Adolfo has composed a piece that sits at the head of the recording. “Rio, Choro, Jazz” is as much a tribute to Ernesto De Nazareth as it is to the complex musical DNA that links the musics and the composers who wrote them with the legendary music of jazz and its composers. In doing so Mr. Adolfo also does another remarkable thing to Mr. De Nazareth’s music: He recasts it into the new century.

“Feitiço” is only the beginning. Its bewitching melody captures the essence of the musicality of Mr. De Nazareth. The composer’s musical intellect shines in the ensemble that successfully brings light to it. The rich integration of the African into the European influences is enthralling. This collision of cultures brings about a breakthrough: that of the shifting rhythms of the Choro. The “jump” in the music is delightful as well as the manner in which it swings into a pirouetting and skipping dance not so far removed from the composer’s beloved tango. Another beautiful composition is the heartbreaking piece “Coraçao Que Sente,” which literally twists the proverbial pain out of the heart and from the depths of the soul. This qualifies it to be one of the most powerful Choros of Ernesto Júlio de Nazareth. The great composer wrote over 200 pieces and one of the most eminent is the one that closes out this exquisite album: “Odeon,” the charm of it has made it one of the most celebrated of all of Mr. De Nazareth’s work. In all of these and other pieces—including the polka-inflected piece “Nao Caio Noutra” it is difficult not to admire the musicianship and pianism of Antonio Adolfo, who commandeers every aspect of his total musicality to craft these pieces. And then there is also the technical and melodic beauty of the other musicians, especially the painterly percussion work of Rafael Barata and Marcos Suzano, who bring the secret rhythms and colours to life on an album that is so exquisite it draws tears of joy.