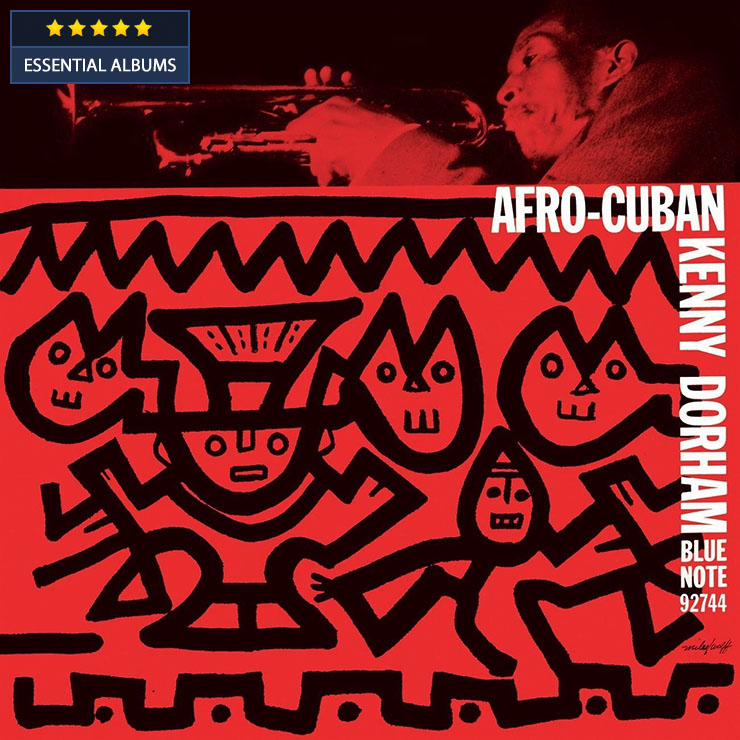 The fabled Spanish tinge has hovered on the fringes of jazz a lot longer ago that it was known to have been introduced into that idiom. Ferdinand “Jelly Roll” Morton may have been the first to “claim” to have introduced it into the music, but in reality it is neither a proven—but for Alan Lomax’s 1938 wax masters in the Library of Congress—nor is necessary. Suffice it to say that the phrase Spanish tinge is a reference to the belief that an Afro-Latin rhythmic touch offers a reliable method of spicing the more conventional 4/4 rhythms commonly used in jazz music. The rhythm adaptation came from mimicking the sensuously quick step of the tresillo and shuffling skip of the habanera from Cuba of the day into the 4/4 rhythmic intervals of jazz. This is what is known today as clave, and once Dizzy Gillespie got a hold of it in the 1940s it has been in much greater use—and thanks to the plethora of Afro-Caribbean folk forms—has been almost completely embraced by musicians playing in the jazz idiom. However, those priceless recordings from the 1940s and 1950s, most precious among them being a 1993 compilation featuring selections by Machito and his orchestra entitled The Original Mambo Kings – An Introduction to Afro-Cubop 1948-1954, which seduced such luminaries as Charlie Parker, Dizzy Gillespie, Harry “Sweets” Edison, Flip Phillips and Howard McGhee and the ineffable Mario Bauzá as well. Another classic recording was the 1955 recording Afro-Cuban featuring by Kenny Dorham and spotlighting the percussionist Carlos “Patato” Valdés.

Mr. Dorham had a sensationally pristine tone; husky and sensuous and full of forthright humility. His best work bespoke the rapid fire rhythm of bebop coloured in golden bronze. On Afro-Cuban he doffs his proverbial hat to the rhythms of the Afro-Caribbean part of the southern continent with full-blooded and messianic fervour. The album combines five tracks played in this vein and five tracks without the Carlos “Patato” Valdés. The Afro-Cuban music rumbles with the gravitas of the great bassist, Oscar Pettiford and baritone saxophonist Cecil Payne. Mr. Dorham soars over them like a majestic condor, howling on the wing as he mashes triplets with hot arpeggios and buttery glissandi. The group also features the dry warmth of tenor saxophonist Hank Mobley and the legendary trombonist J. J. Johnson. Carlos “Patato” Valdés is not the only crowning glory. That honour also belongs to Art Blakey, who trades “fourths” with Mr. Valdés. All of this makes for memorable charts such as “Afrodisia” the bolero-melded-into-a ballad, “Lotus Blossom.” Mr. Dorham’s playing is absolutely celestial here. The racy “Minor’s Holiday” provides a welcome change of pace for the rhythmists, but Mr. Dorham is utterly cool in his solo. Horace Silver, the pianist on this date is almost too self-effacing as he plays quietly tempered soli whenever he is called upon to do so, both here as well as on the beguiling “Basheer’s Dream.”

The rest of the album features alumni from this session—without Mr. Pettiford, who is replaced by Percy Heath. This session begins with the medium fast blues, “K.D’s Motion” in which Mr. Dorham ad-libs for four glorious choruses before handing over to Hank Mobley. Horace Silver also displays splendid form in his solo. “La Villa” features a twisting melody played at great speed. Mr. Dorham solos beautifully and yammers almost endlessly and Mr. Silver chops up a fine solo here too before the song returns to its erudite and gravity-defying unison setting. “Venita’s Dance” features a skipping rhythm swathed in a pensive melodic line. Mr. Dorham is once again brilliant and Hank Mobley is sinewy; but he is matched muscle for muscle by Cecil Payne and Horace Silver. “K.D’s Cab Ride,” another scorching bebop chart completes this unforgettable album, one that ought to make into every true enthusiast’s collection. 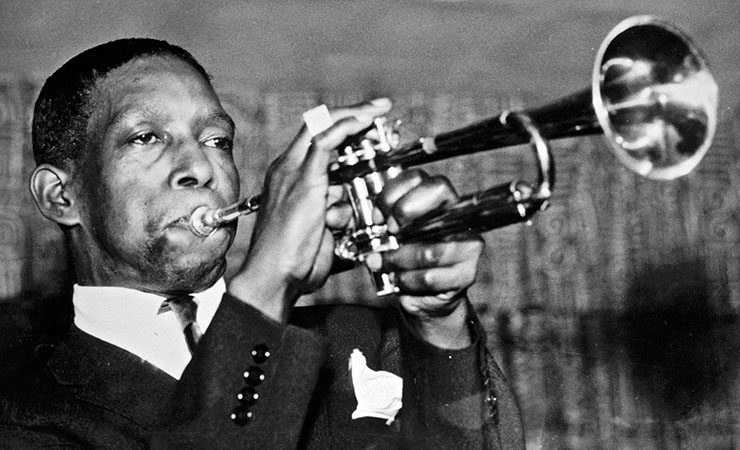 Dorham was one of the most active bebop trumpeters. He played in the big bands of Lionel Hampton, Billy Eckstine, Dizzy Gillespie, and Mercer Ellington and the quintet of Charlie Parker. He was a charter member of the original cooperative Jazz Messengers. He also recorded as a sideman with Thelonious Monk and Sonny Rollins, and he replaced Clifford Brown in the Max Roach Quintet after Brown’s death in 1956. In addition to sideman work, he led his own groups, including the Jazz Prophets (formed shortly after Art Blakey took over the Jazz Messengers name). The Jazz Prophets, featuring a young Bobby Timmons on piano, bassist Sam Jones and tenor man J. R. Montrose with guest Kenny Burrell on guitar, recorded a live album ’Round About Midnight at the Café Bohemia in 1956 for Blue Note. Read more…