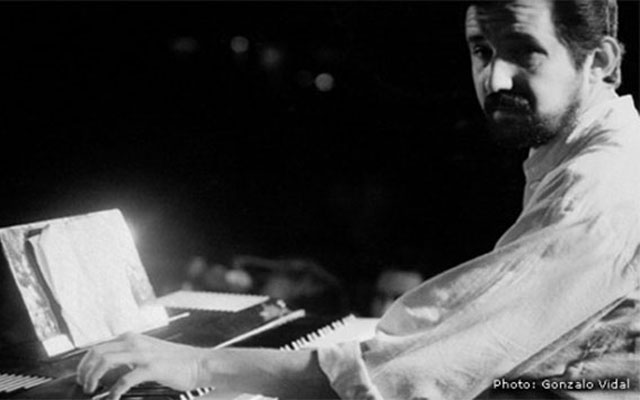 Of the many pianists that have come out of Cuba throughout its history, the young Emiliano Salvador may be one of the most iconic figures. In his short life, the pianist revolutionised the art of pianism in an almost single handed manner. Not only did Mr. Salvador bring the Latin style, which was all but declared dead back to life, but he also incorporated the much-vaunted modal jazz system of piano playing into his art. He mined chords on the piano much like McCoy Tyner did in the classic John Coltrane recordings and explored their possibilities to a greater degree than anyone before him and was idolised by such great artists as Chucho Valdés and Hilario Durán – the later something of an iconic figure of the newer era. 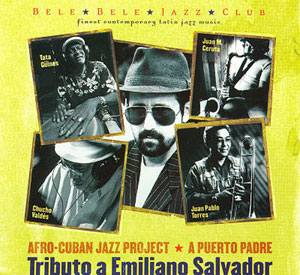 At various periods in time Cuba’s ever talented musicians have paid tribute in some shape or form to the great Emiliano Salvador but in 2000 came this extraordinary album which seemed to mirror in a most magical manner, Mr Salvador’s own seminal album A Puerto Padre after which it has taken its name. The album has been produced by the reeds and woodwinds player, Juan Manuel Ceruto and has gathered a super-constellation of Cuban musical stars together to pay homage to one of Cuba’s most beloved stars. What is unique about the album is that the homage is idiomatic and not the kind of fawning tribute that seem to follow celebrated artists when they are gone.

Tributo a Emiliano Salvador gets into the heart of Mr Salvador’s music, reaching into its constructive soul where it swirls in mystical pools and eddies as it draws in the listener with vortex-like force into the music. Performers bring their own personality to the music. Who could not pick the dramatic runs of Chucho Valdés and the vaunted arpeggios of Ernan López-Nussa; the fluttering rumble of Tata Güines’ congas and the sensuous caresses of Jorge Luis Papiosco? There is a wholly discerning eloquence and infectious fervour in the various tributes featuring glorious settings of music by, among others, Jorge Luis Valdés Chicoy, Carlos Betancourt, and the great Isaac Delgado, who brings to life the vocal aspect of Emiliano Salvador’s music both literally and figuratively as well.

Some of Emiliano Salvador’s edgier writing is also presented here and is played by younger musicians such as Román Filiú and the Toronto-based wunderkind trumpeter, Alexander Brown. This is perhaps the most rewarding aspect of the recording: the fact that so many younger musicians participate, creating a true continuum of Afro-Cuban music of which Emiliano Salvador was an integral part. Tributo a Emiliano Salvador is not merely a historical album, though; it is more like a celebration of an artist who played an important part in revolutionising the great art of Afro-Cuban Jazz. For that, and that reason alone, this recording ought to be considered essential listening for the true fan and student of Afro-Cuban Jazz as well as for the aficionado of truly fine music.

“Talk to anyone about Cuban piano players and invariably the name EMILIANO SALVADOR will pop up. Most will agree that Emiliano was in a class by himself. His personality and individualism as a soloist were strong enough to assure immediate recognition, yet he was never obtrusive to the point of using gimmicks. He was a brilliant pianist, composer and arranger, and a seminal figure in the resurgence of Latin jazz, a style that had long ago been given up for dead.” Chico Alvarez Peraza, Latin Jazz Net. Read more…