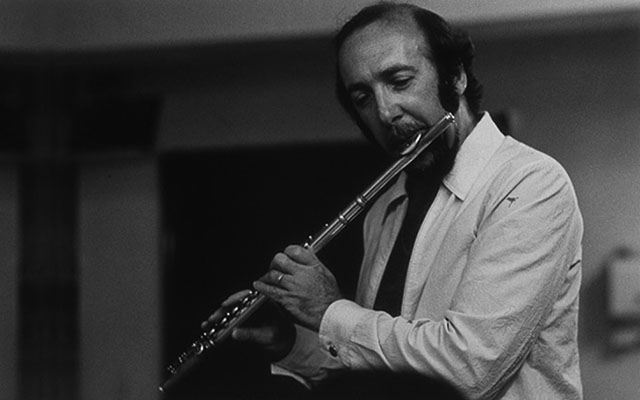 This recording by Herbie Mann is an extremely rare and beautiful disc. Originally recorded in 1959, it has been available as an analogue recording on vinyl, and re-released on the convenient CD format in 1998. The fact that this is a rarity and an audiophile one at that would make it all the more desirable to connoisseurs of great sound. But Flautista was never one of Herbie Mann’s most well-known albums. That credit must go to Memphis Underground. Still, it remains one of the most important recordings in Herbie Mann’s discography. It is a seminal work and it features some of the more iconic percussionists of the African-Caribbean Idiom. The more famous of these is the conguero, Carlos “Patato” Valdés, but Herbie Mann also included José Luis Mangual and Santos Miranda. Their performance on a myriad of percussion is matchless. The percussionists play an African drum—the Kenyan drum—throughout the album and this makes for a startling and deep rhythmic sound. The percussionists also include the vibraphonist and marimba player, Johnny Rae, a performer who has a natural African-Caribbean sound and was probably a shoe-in for the job when Herbie Mann was casting the album, back in 1959. Its producer, Norman Granz must also get credit for his inspired stellar cast for this primordial-sounding album. 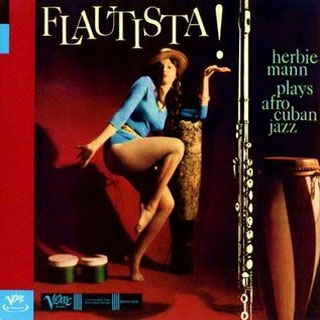 I find this album profoundly moving as well as exciting. Taken as read may be the superlative technique of its leader and star. Although Herbie Mann is the only reeds player on the album—and he also plays the bass clarinet—no details are overlooked due to the singularity of his position on the album. Herbie Mann’s playing is breathtaking on flutes as well as the bass clarinet. His soli are richly voiced and meltingly lovely in tone. As far as the music is concerned, I could go on picking out highlights from each of the charts here, but I would be repeating myself. Besides there is no real need to be effusive of this disc, despite the fact that the songs are one better than the other. One would suspect the music here is elegant, urbane and enjoyable. There is also no mistaking their primordial energy and even with a programme as short as this one, the impact is immediate and memorable as well. The engineering is clean and smooth and brings out the playing of the flutist to the maximum. Many times on this disc, Herbie Mann seems to be on virtuoso autopilot, while reeling off passagework and arpeggios that is such a feature as to leave us gasping for more.

The greatest pleasures are to be had on “Caravan” which is returned to its African-Caribbean roots, that is, the way it was conceived, but not played—sometimes not even by the Duke Ellington orchestra. There is also “Cuban Patato Chips” on which Herbie Mann is heard on bass clarinet to great effect. But overall, the flutist’s performances are lithe and agile and then as now they continue to bode well for this legendary instrumentalist.

Not many musicians can claim to have single-handedly created the style of music for which they are famous. Among the select group who legitimately can is Herbie Mann, a seminal figure in the American jazz scene of the 1960s and ’70s. Largely on the strength of his talent for improvisation and willingness to experiment, Mann formulated a jazz style for the flute, raising to the rank of lead an instrument which prior to his arrival had been limited to a minor role in the jazz pantheon. In the process, he was to garner a reputation as one of the most eclectic figures in the music world, readily mixing a wide range of styles from African to Brazilian, from Charlie Parker to disco, to create music that crossed boundaries in every sense of the word. Read more…