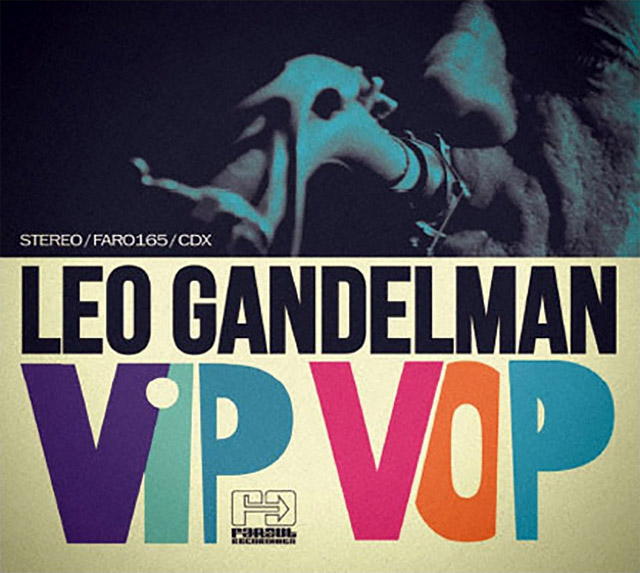 Leo Gandelman is a master of playing music that describes not just the extremes of emotion, but all of the subtlety that exists in what his heart experiences. Notes glide effortlessly in mighty glissandos dancing sensuously from out of the bell of his saxophone on his insanely rhythmic album, VIP VOP. The notes of Mr. Gandelman’s music are never forced out of their hiding, but rather coaxed and seduced out to form exquisite necklaces of sound. They shimmer and glitter as the saxophonist plays with them, creating themes of light and dark; colour and subtle hue; and as the musical themes are expanded and come in diaphanous waves at the ear, the seduction reaches unimaginable crescendos, making magic like never heard before in the inner ear. From there to deep with the soul Mr. Gandelman’s music is experienced in all its sophistication and heartfelt aches as well as exultant joys.

On VIP VOP the colours and textures that once soaked the air when Moacir Santos gave his big bands expression are once more recalled. Mr. Gandelman might have heard Mr. Santos’ music and also taken it to heart, but like the ingenious music that it is, Mr. Gandelman has made it his own. His is a voice that is singularly beautiful and almost always heard in sotto voce. Although his horns always glimmer with a burnished glow, there are no sharp edges in his sound. The notes are superbly crafted and round; almost fluffy but always precise in their sound. His musical narratives are gentle and overflow with a warmth that comes from always keeping his pulse on the heartbeat and indeed the pulse of things that live and breathe. In that respect Mr. Gandelman seems to worship the very earth on which he stands and plays. He almost forswears flashiness and inhabits instead the mighty drama of small things and subtle events; a gentle touch of a brief wind on the cheek, a sudden rush of blood through the heart, a coy look between lovers. He is even so sensitive as to make a colour blush, as he does in “Red Sign” and let his music bask gloriously in the “Blue Light” of dawn.

To that extent, Mr. Gandelman appears not only one with the feeling and emotion of his music, but also at one with the earth. This is also visible in the gentle swaying of his lithe frame as he blows expressively through saxophones, whether they are alto or tenor. The DVD component of this two disc package has captured his ensemble in fine form. Happily the lighting adds to the atmosphere of the music, which allows the artists to bask in the glorious warmth of the music that they play. There are fewer songs on the DVD, but this is natural of a concert of such a nature. Mr. Gandelman stretches far further eloquently navigating the rhythms of his native Brazil with characteristic humour and elemental joy.

The stage is a place where something else emerges from Mr. Gandelman’s music and that is a sense that it inhabits infinite vistas and has no real borders. The music plays out like a mighty odyssey that covers an incredibly diverse geography from Europe to Brazil, via the rumbling Afro-centric beats that lurk within the soul of Brazilian music. Like Moacir Santos, Leo Gandelman seems to have imbued the spirit and substance of it all, melded it with the spirit of the classics and the folklore of that with is dear to him and brought it all to the big stage with a majesty all its own. Watching the group perform and the music tumble down from its beginnings as it were a bubbling stream and becoming a gushing Amazonian river in flood is a wondrous experience and Leo Gandelman executes this as if it came not from his voluminous lungs, but from his bottomless soul.