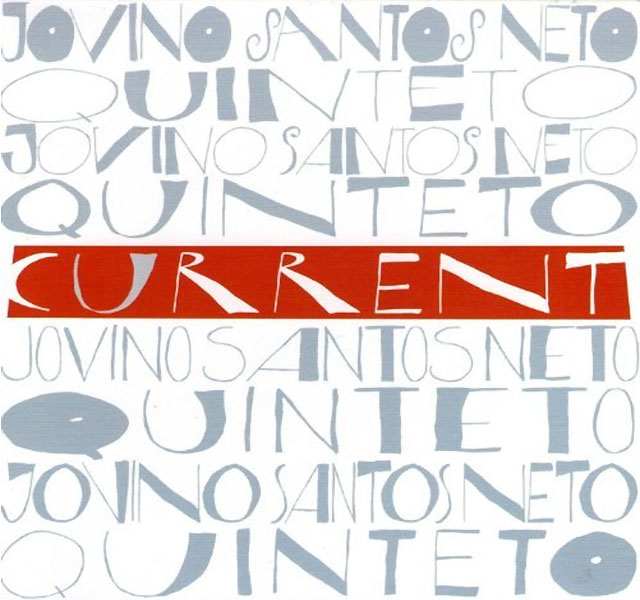 From the first notes of the lilting, swaggering Afro-Caribbean melody of “Corrente” it is clear that Jovino Santos Neto is on his surreptitious way to making his Quinteto album, Corrente one of his most memorable to date. From there on, whether he is rendering a baião, a choro, marcha, samba or xoté, it is clear that his mastery of crossing rhythms as they collide with the idiom of jazz is sublime. The magical and beguiling polyrhythms of “Two Friends, True Friends” is a classic example of this, as is the mystical “Zagaia”. And then there is the masterful cross-rhythms of “Matraca,” a chart that owes much to the maddeningly ingenious music of Hermeto Pascoal, an early mentor of Santos Neto.

Jovino Santos Neto, more than any Brazilian musician, with the possible exceptions of Egberto Gismonti, Nana Vasconcelos, Sergio Santos—vastly different artists from each other as they are from Santos Neto—yet who revel in the deep roots of African, native as much as they do on European sources. These artists are in the forefront of a neo-Brazilian revolution that is setting the world on fire. Jovino Santos Neto gives notice of this with the sublime ingenuity of his composition “Vivendo no Presente”, which is as much raucous melding of native and African flavours, with its berimbau and pandeiro mixing with pianism that is technically proficient in the European sense of the phrase.

Despite his masterly piano virtuosity, Santos Neto remains a grassroots Brazilian musician. His approach to music is very much polyrhythmic rather than polyphonic and although he layers Harvey Wainapel’s saxophone and his own flute, or melodica or his piano and Ben Thomas’ vibraphone using multiple counterpoint, it is the bass lines of his compositions that drive the melodies. Thus he is able to accommodate the dancing polyrhythms of his own piano, vibes and of course the drums of Mark Ivester and the percussion of Jeff Busch in the grander scheme of things; making rhythm the stellar concepts of his music.

In the fine choro, “Pra Casa” Santos Neto pits his melodica against multiple layers of clarinets and here the roles of polyphony and polyrhythms are reversed. Yet the angularity and elemental saudade of his song is superbly crafted, with gutbucket tones and exquisite Afro-Brazilian rhythms. The visual extravagance of “Sea and Sky” highlights Santos Neto’s penchant for creating large canvases on which he daubs bright colours and hues, crossing them with thick bass lines hidden in the melody so to create the illusion of multiple textures underscored by percussion and melodica. The forlorn loops and tottering gamboling of the clarinet on “A Fonte” foretell of impending bloom—a colourful symphonic sojourn led by the woodwinds of Wainapel into a mysterious soundscape painted over by the palette of the bass and the hypnotic lines of Santos Neto’s piano that increases the drama and kinetic energy of the piece with its dense Brahms-like textures and timbres.

Somehow the final “word” is that the soul is now in a place from where it will eventually emerge joyfully. But that is a story that the next album from Jovino Santos Neto must tell.