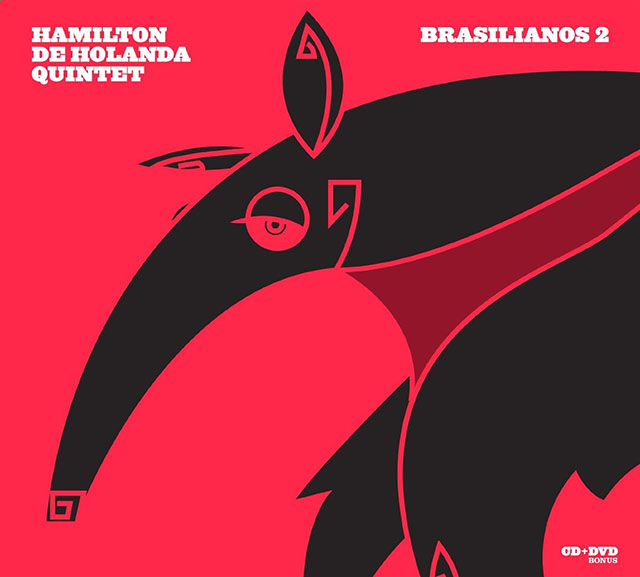 The mandolin has barely evolved since its incarnation as a lute in Italy over three hundred years ago. A few more strings may have been added, so that there is now a ten-stringed version; tuning of these strings may have become more creative and different, but the instrument has remained essentially the same. Unlike the violin, its notes decay quicker after they are sounded and cannot usually be sustained after a point. But then you have musicians who are so taken by the instrument that they become virtuosos at it, like Mike Marshall. The mandolin takes a different path to glory at their hands. These musicians number quite a few—among them a long line ending in Fabio Machado. It was the Portuguese who brought the instrument to Brasil, where it has grown at the hands of a few stars. They are unique and hold a special place in the modern history of the instrument. Jacob do Bandolim enriched the choro. Deo Rian did much more of that as he followed Do Bandolim.

And now there is the tireless innovator, Hamilton de Holanda, a virtuoso mandolin player so audacious that he refuses to accept that plucked, stringed instruments cannot sound like bowed ones. So much so that he can make the sound of notes stand still in time using tremulous glissandos, slides and skids on the twin strings that he plucks—sometimes delicately and sometimes ferociously. The full extent of De Holanda’s precocious talent is on display on Brasilianos 2 a twin CD and DVD released on Adventure Music not too long ago. This album revels in De Holanda’s energy, which is boundless and infectious and he is surrounded with band mates who feed off it. There is percussionist, Marcio Bahia, who brings polyrhythmic colorations to every piece; guitarist Daniel Santiago, an awesome composer and innovator on his own right, but who plays the role of a reflecting pool here, adding alternate ripples to those created by De Holanda; André Vasconcellos, whose cavernous bellowing creates a harmonic depth for the music and Gabriel Grossi, who plays chromatic harmonica opening up a kind of fourth dimension to Hamilton de Holanda’s music.

De Holanda is a consummate musician whose compositions flavour choro, but are so open minded that they invite every shade of musical colour in. The resultant music is a blend of samba, maracatu, capoeira colours in an Amazonian riot of spring. De Holanda himself presides over this with Paganini-like virtuosity and all who will listen are left breathless. The music is sometimes linear, and, at other times, swerving and twisting—harmony around melody like a double helix. There is single, double, triangular and quadrangular counterpoint that enriches melodies, harmonies and rhythm to such an extent that song well nigh explodes with emotional depth.

The music is complex and challenging and often played at breakneck speed. This, of course, showcases De Holanda’s skill, although it is probably not intended to do so. From the opening samba, “Ano Bom” there is no looking back. The energy of that piece and “O Mundo Nã Acabou” too is palpable. Just as virtuosity is De Holanda’s strong suit, so also is the emotion of song. He is able to capture this fully in his implied narratives, such as in “Desceu O Anjo,” “Tamanduá” and “Estrela Negra.” He is able to capture a dreamy surrealism in his more reflective work, such as “Virtude da Esperanç” and “Amor Saudade Amor.” And then there is the softer side, where a more elegiac musician emerges. “Rafaela” is a timeless ballad in just this vein. Throughout every musical incarnation, De Holanda remains sensitive, phrasing with almost deliberate perfection, appropriate to tempo and emotion. His simpatico with percussionist, Bahia and the harmonica genius, Grossi is sublime, setting a new standard for listening, musical conversation and for raising the bar on contrapuntal elegance. “A Vida Tem Dessas Coisas” maybe the finest tribute anyone paid—consciously or unconsciously—to that other genius, Moacir Santos.

The DVD of a concert played in 2008 at Jazz Sous les Pommiers, in Coutances, France is quite a bonus. The only change to the ensemble is the absence of bassist, Vasconcellos, who is replaced by another wonderful bassist, Thiago Espiritu Santo, whose Jaco-like leaps and bounds fire the mandolin player and the rest of the band up to new levels of excellence. The track list is also slightly different from the CD and this provides a greater variety of songs from Hamilton de Holanda to enjoy.

The cinematography is excellent as is the sound quality of the recording. But it is the visual excellence—especially the close-up footage that fosters a new appreciation of De Holanda’s technique and virtuosity. Clearly also he is deeply entranced by the music he produces and this has a ripple effect not only on the musicians around him, but also on the audience. De Holanda’s stellar turn continues to astound on video as well. His marvellous composition—also on the CD—“Carolina de Carol” finds him stretching the harmonic boundaries of the mandolin, as it does on “Estrela Negra,” only this time he is joined on his musical expedition to renew his instrument by Gabriel Grossi, who renews his own too. Moreover, Thiago Espiritu Santo is another one of the musicians to watch as he solos with depth, creativity and utter innovation. His work on “Tamanduá” and on Hermeto Pascoal’s “Joyce” is astounding and unforgettable. The ensemble is the darling of the audience in Coutances and with two encores they simply do not have enough.

This package of CD and DVD is a great window for listening to and experiencing the monumental talent of Hamilton de Holanda, who is not only sublime throughout, but who inadvertently, runs a master-class on the mandolin as well. This must be one of the best packages of 2009/2010.